Here’s my recap of 2015…I actually intended it to be fairly short, but as I looked back I realised I’d done quite a bit! I’ve been lucky enough to travel a fair bit to some lovely places and I’ve had some great moments with friends (weddings, births…). This post really covers the highlights, but it hasn’t always been an easy year – the middle of the year was especially challenging for me for personal reasons that I won’t cover here because it’s not the right time, but may do sometime in the future. The highs have outweighed the lows though and I’m thankful for a lovely family, fantastic friends and a life that I very much love. Here’s what I got up to… 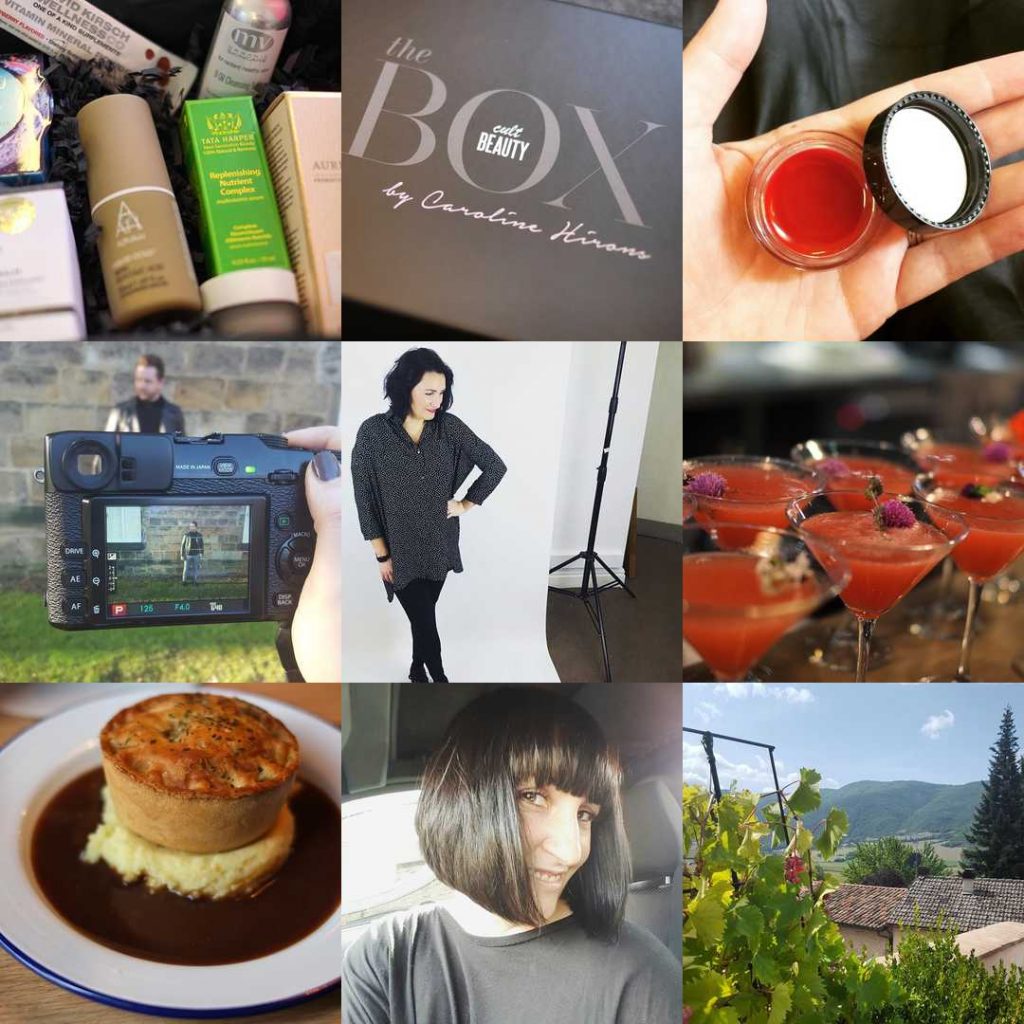 We started off the year well with a lovely relaxing weekend in Conwy in Wales. I’d wholeheartedly recommend going there for some stunningly beautiful surroundings.

I said goodbye to my looooong hair (it’s been getting steadily shorter ever since!)…and I started on 100 days of no spending on clothes, shoes, bags or skincare – #100daysnospend. An ambitious challenge for me!

At the end of Jan, we jetted off to Dubai…it’s not a place I’d go back to as I feel we’ve done it now. The hotel was just amazing in terms of luxury, but the whole place felt quite soulless if I’m honest. 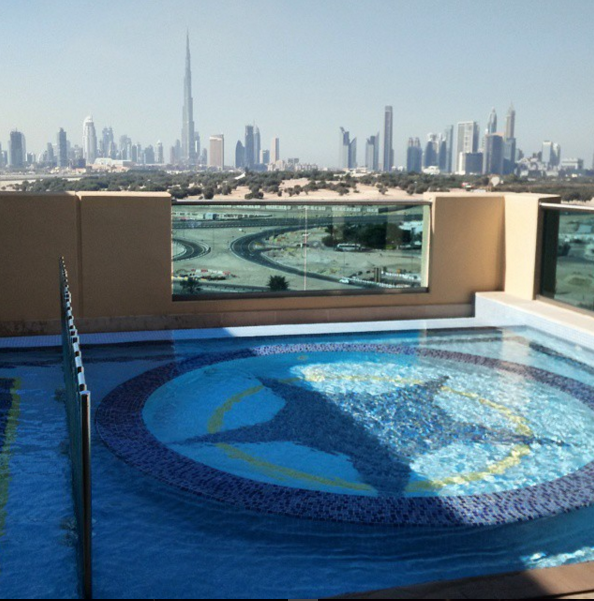 After Dubai, we travelled to Thailand…starting off in Bangkok, then Chiang Mai then spending a week doing hardly anything in a posh hotel on Phuket. Bangkok was pretty awesome, I nearly had heart failure being at the top of the Vertigo Sky Bar. Amazing views. 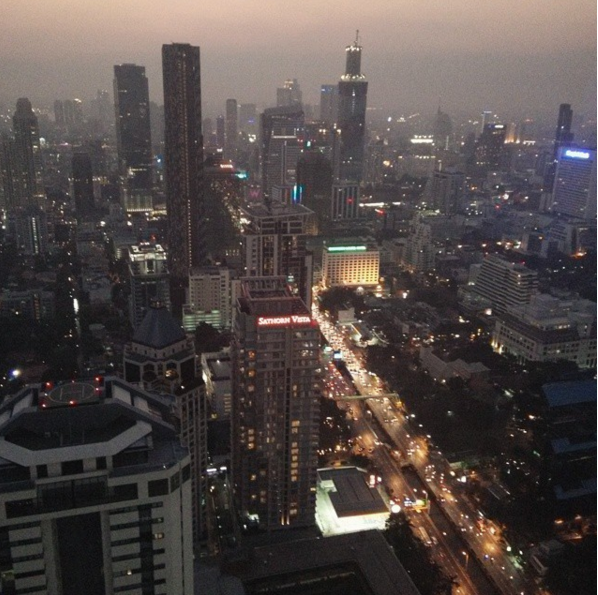 Chiang Mai was amazing. Loved the whole vibe of the place…I’ll get around to blogging about it eventually, I swear. Temples around every corner and great food. 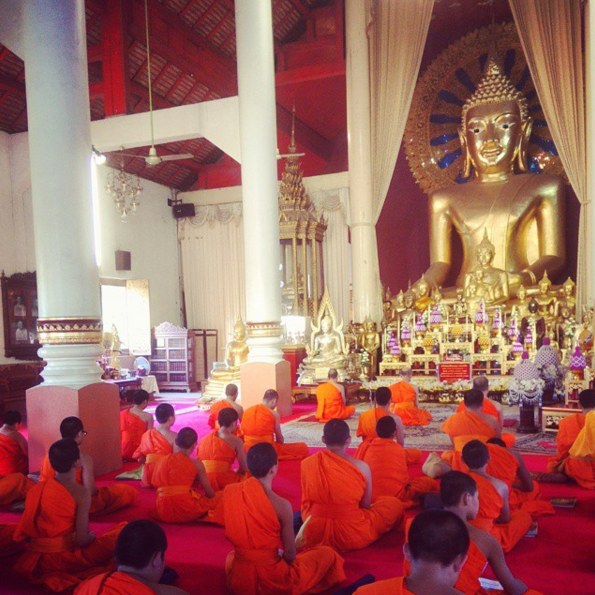 Phuket as an island isn’t meant to be the best of the Thai isles…but we got the Mandarava hotel as part of the deal…so we went for it and were not disappointed by the hotel at all, it was just gorgeous. Perfect for unwinding for a week. We did have a disastrous boat trip…never ever ever again will I do that and I should have Googled them first – overfilled boats stinking of diesel on a trip to the overcrowded ‘Beach’ island. We learnt from that lesson. I loved our long holiday…we spent an absolute fortune…but it was amazing. I’m looking forward to doing a more low-key trip to the more beautiful Thai islands hopefully at some point.

We came back to the UK just before my birthday and we spent a fab weekend in London with friends and my brother and his lovely lady. Going to Bob Bob Ricard for the first time was a real highlight. 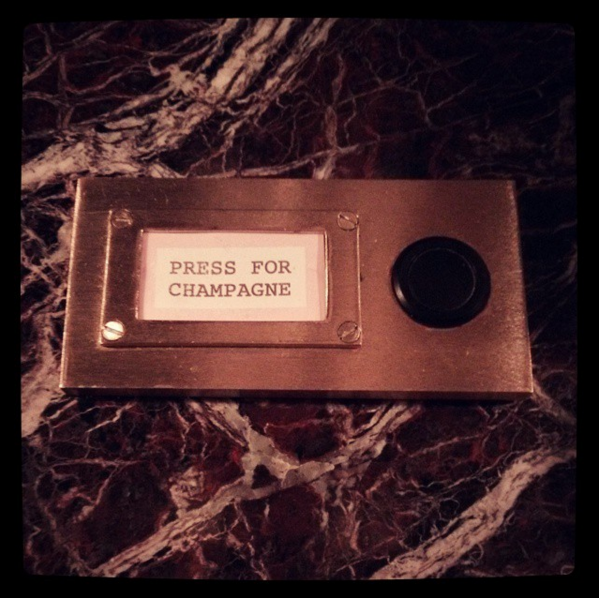 …but it didn’t end there! Towards the end of month I went to London Fashion Week as a guest of Vita Coco. I had a fab time seeing the shows at Fashion Scout and I met two of my fave bloggers – Caroline Hirons & Poppy Dinsey. Both were exactly as I’d imagined…lovely and funny. Caroline’s skin glowed like I’d never seen any person’s skin glow before. Seriously, I know being a skincare expert is her thing…but it was ridiculous how good it was. She’s a great ad for her own expertise. 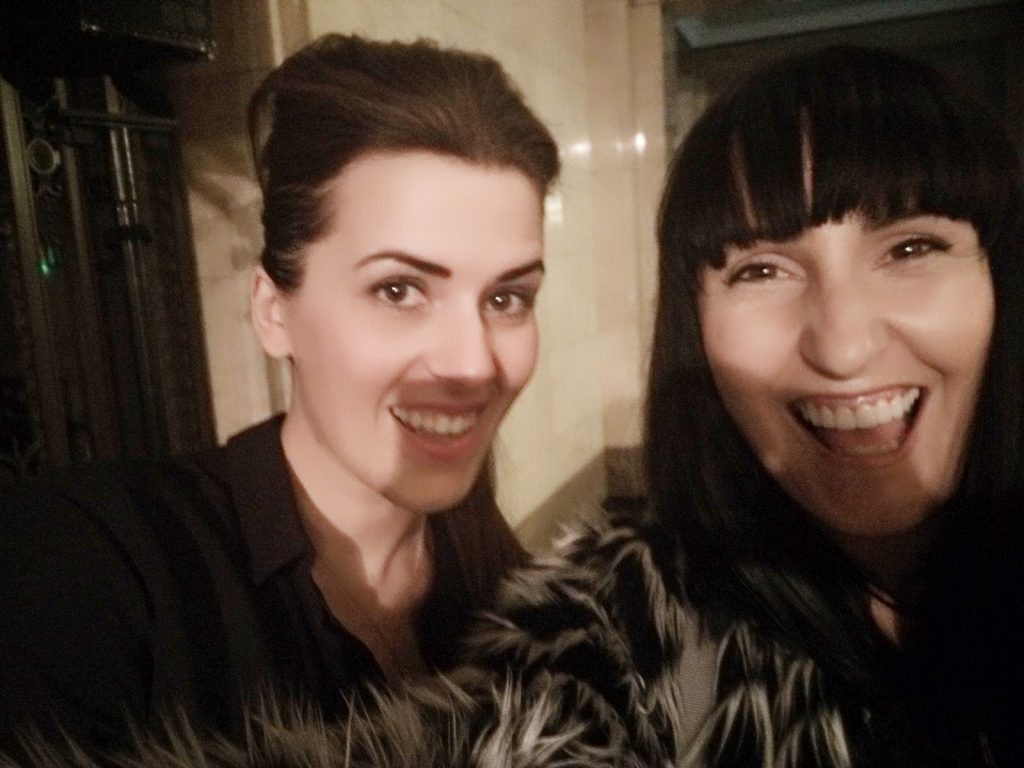 For those wondering if Poppy’s eyebrows are as good in real life as they are on her blog/vlog? Yes. Yes, they are.

We ended a spectacular month by going to Iceland for a cheap break with one of my oldest friends. If you’re thinking of going, check out my tips for Iceland here. It was a great trip and I loved spending it with Sam and her little girl. 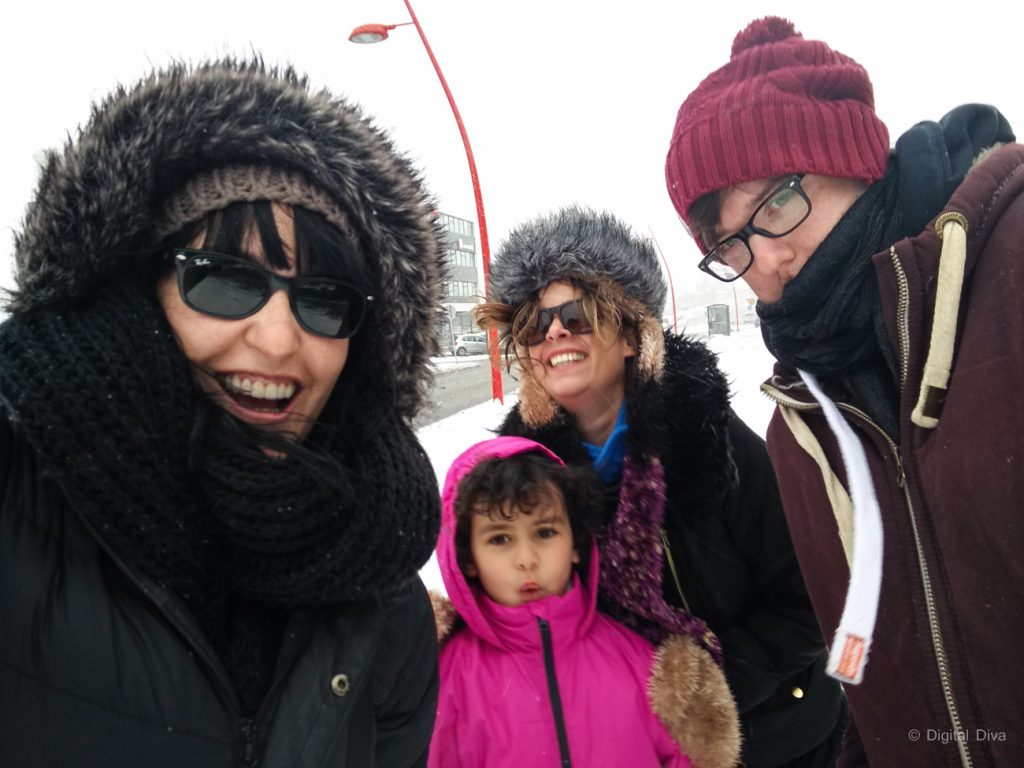 Feb was a good month! No, it was a bloody amazing month!!

March included some fab times including two friends’ beautiful wedding in Escrick and visiting my proper oldest friend, Amber. I known her since we were four years old and we had a fab weekend in Newcastle.

I also finished #100daysnospend! I did it! I really did! It was challenging, but I enjoyed it, weirdly.

We started off the month with a long weekend in Norway. Check out my Top 5 things to do in Norway post if you fancy going. We went with fab long-time friends Cat & Mark and had an absolute blast! Frozen fjords and lots of sights. 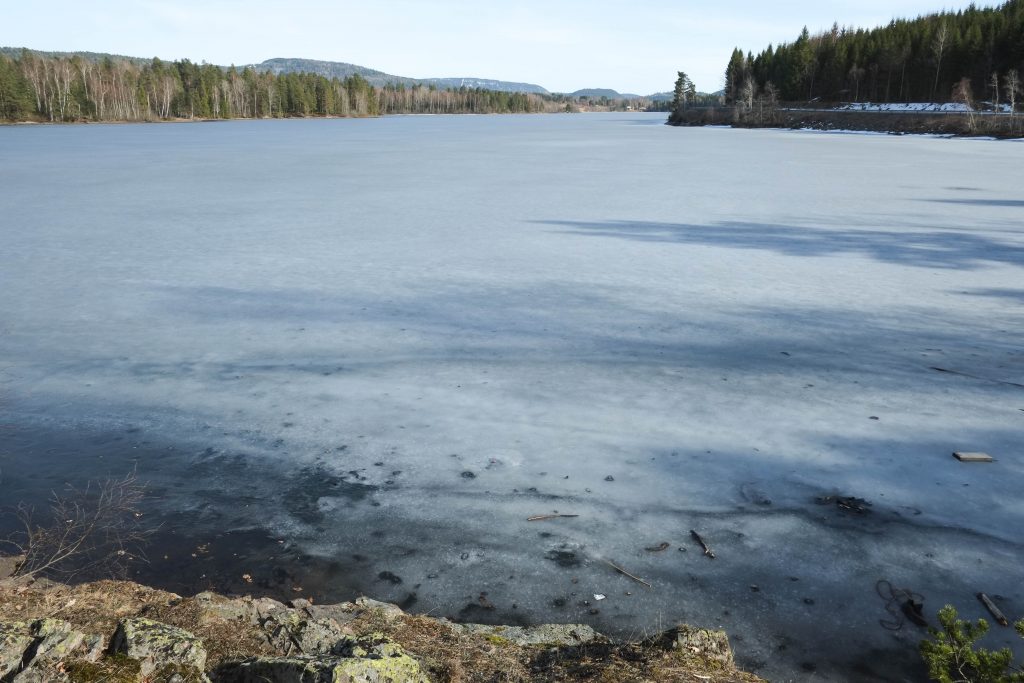 We ended the month with a trip to Hollins Hall Spa Hotel. Lovely.

May brought more travelling for us. This time we had a quick trip to Milan. It was business, but we still got in some great sight seeing and ate some great food! Italy is my favourite country by a mile…gorgeous scenery, the food is amazing and the people are lovely. 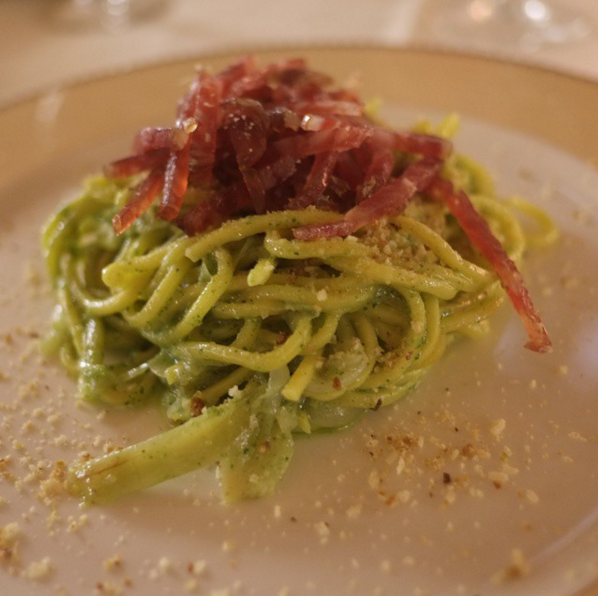 The rest of the month included some great pie, getting my mitts on the Hirons Cult Beauty Box and doing home stuff. Pretty relaxed really.

I was relatively quiet in June…mainly because I had some health stuff going on. It meant that I really slowed down the socialising. I don’t do well with staying in a lot, so it was certainly different for me!! It wasn’t my favourite month of the year, that’s for sure.

I continued to keep it all pretty chilled in July with a few little events (lots of BBQs) and going to Thorpe Park Spa Hotel for our second wedding anniversary. 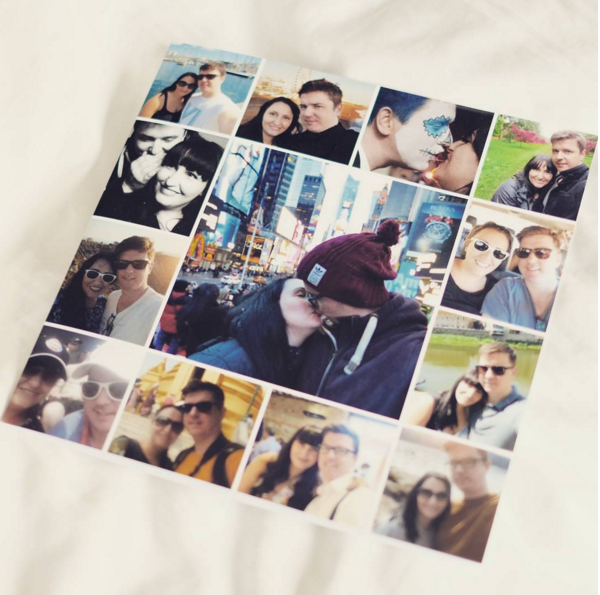 Then it was time for one of my bessie mate’s hen dos in London! It was fantastic – an amazing group of lovely girls and we had a great time. Loved it.

I started August off by getting my Mary Berry on with Kenwood and Currys. Had a great day with them and around twenty other bloggers…and I won a Kenwood KMix! I’ve wanted one for ages, so I was absolutely thrilled at that.

Then it was my friend Sally’s wedding. Oh, it was awesome. They planned it all brilliantly. Being bridesmaid for her was a real honour and I’m tearing up writing this! I’m such a sop! She looked like a movie star and we all finished the night dancing our socks off to a great band they hired to play 90’s/00’s dance music. It was epic. Sally is a fairly private person, so I don’t usually share pics of her here…but believe me, she was the most beautiful bride that ever was.

Another good friend had her baby shower which was a fab day…lots of laughter and love. It wasn’t long after that her baby girl arrived – she’s just gorgeous and I’ve got so much love for them both.

We had another trip away in September – a week in Italy visiting a few of the places we went to on our honeymoon. I broke out the Herve Leger bandage dress especially  😉 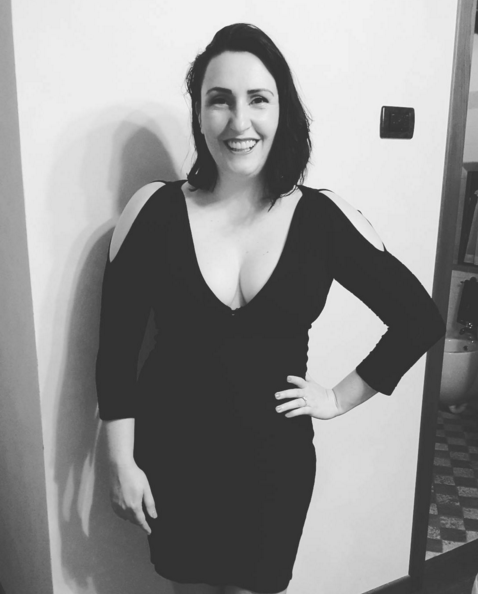 It was such a great holiday. Lovely. I’ll cover it properly soon, promise!

It was also time to go even shorter with my hair, thanks to Anthony Fellows. I’m loving having my hair bobbed at the moment, it’s the shortest I’ve had it since I was a kid, it’s good to have a change. I’m sure I’ll go back long at some point!

Lots of great events happened, some blogger related and some family. Going to the Rugby World Cup was a lot of fun, despite our dismal result. I also started off on my journey to enjoying running.

…and the same continued into November. Lots of events and socialising…oh yeah, and a fab long weekend in Athens. We went on business, but also had a tonne of fun. I’ve almost finished my vlog from there. 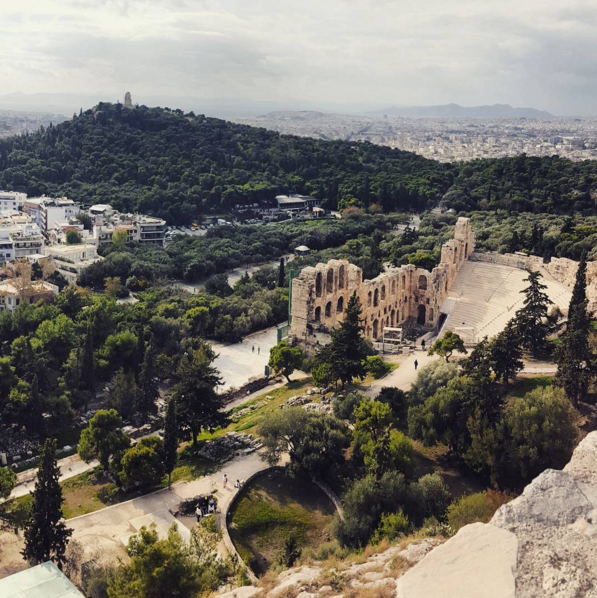 I also started as an Ikea Live Lagom ambassador, which I’ll be covering soon on the blog. Lots of sustainable living, it’s been really interesting so far and will continue into 2016.

Going to see Giles Deacon talk, a few blogger events (inc. the great La Redoute Christmas Party) and filming for the Broadway Bradford about my fave party shoes and our work’s christmas parties were highlights. 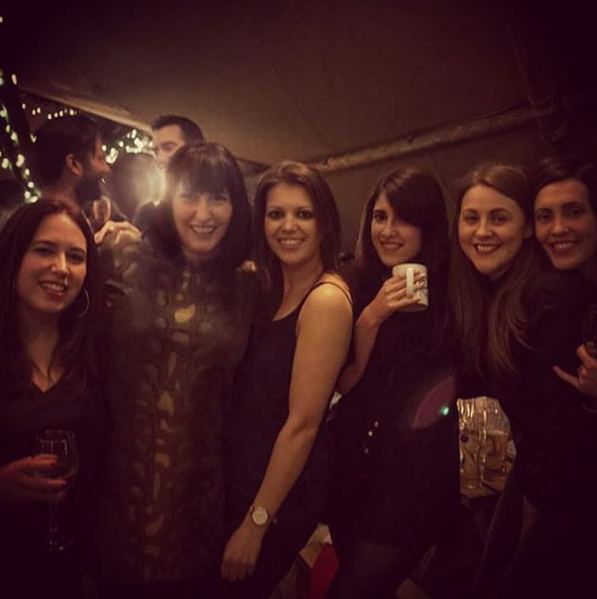 I tried to say yes to only the things I really really wanted to do in December because I actually found the month incredibly stressful. We’re going to be moving house soon, so this month has been full of a lot of important decisions about money and the new house.

I’m also grieving a bit for the house I’m currently in the be honest. I’ve been here twelve years, buying it with my first husband…so I have a lot of memories here. Some great, some not so great. J and I have worked hard to make it what it is now (I’ll maybe do a post on it at some point) and it’s looking good…why you do always make things just the way you want the before you move?! The new house will be great…I’m looking forward to it all being over though!

Christmas was very chilled for us. No family this year, just the two of us. Many days spent in Christmas PJs watching movies, perfect. I got some amazing presents and was very spoiled. We’ve ended the year with a trip to Oulton Hall Spa Hotel and a day with my Aunt and Cousin….followed by today! The last day of the year! We’ll be at the Ox Club for dinner with Becca from Big Spoon My Little Spoon and her man…followed by the Duke NYE Party. It should be a blast!

Apart from the big house move…..blog-wise, I’ve been getting back into doing a few outfit posts again and have covered my faves designer bargains from the sales in the past week. I think I’m getting back into covering fashion more on the blog, it’s an area I absolutely love…it’s just finding the damn time to take those shots! I’ll try to keep the momentum going though. 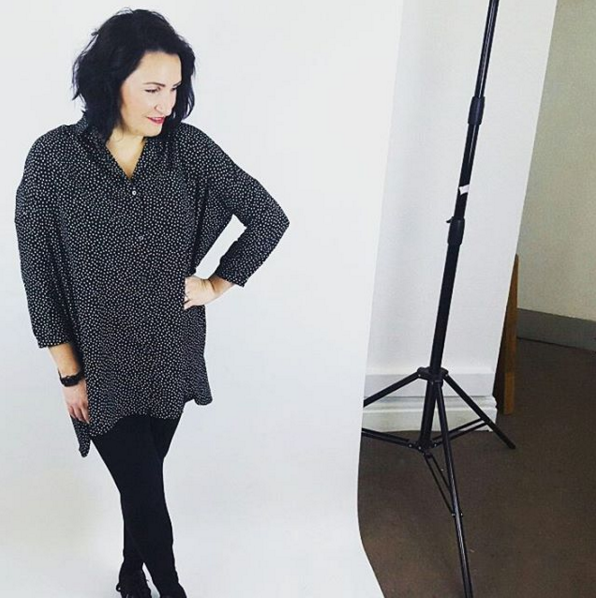 We won’t be doing much travelling in the first part of the year due to the house move…I’m hoping to get a bit in later in the year. We’ll see. Here’s hoping for a good year ahead.