Quite a few of you will know that we’re big fans of The Blind Swine (posh restaurant in York). So it won’t surprise you to know that as soon as we heard they were going “on tour” we leapt at the chance to have them cook for us in our own home.

Head Chef Michael O’Hare is a very talented and lovely guy and it was an absolute pleasure for us and 6 of our closest friends to get him and his team all to ourselves.

Usually I’m fairly good at keeping a note of what we’d eaten, but I’m afraid wine and good company/lots of laughter got the better of me. The menu included alcoholic egg shots (no idea what was in them!), beetroot soup, cod cheeks, the most delicious pork and crunchy kale and chocolate ganache in rhubarb and ginger.

It was a fantastic night, big thank you to Michael and his team and the company wasn’t bad either  😉

p.s. check out previous times we’ve been to The Blind Swine

p.p.s. update: Michael O’Hare now heads up The Man Behind The Curtain in Leeds, has a well deserved Michelin star and has been on The Great British Menu. What a superstar. 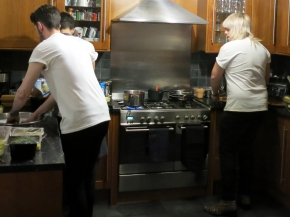 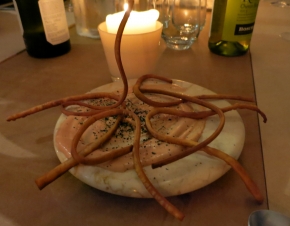 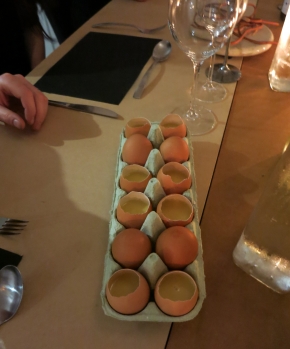 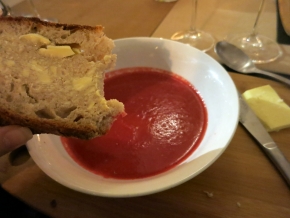 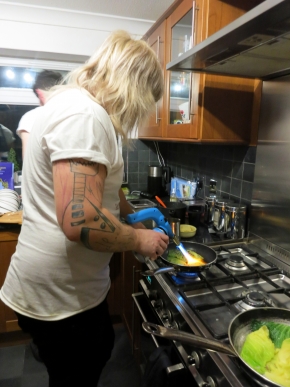 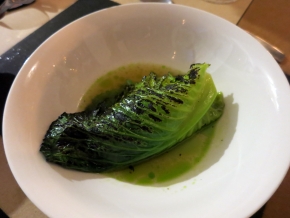 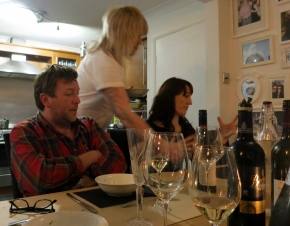 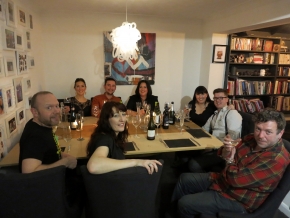 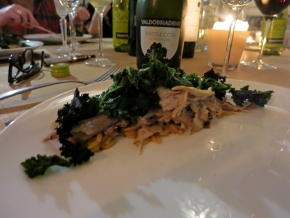 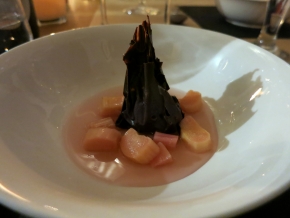