I started writing a ‘catchup’ blog post with a few bits that’s I’ve been doing lately and realised that I’ve done way too much in the past month to fit into one blog post…so I’ll do a couple. There’s been lots of foodie related stuff happening in my circles lately…so thought I’d chat about that first.

Dinner at The Man Behind The Curtain

We’ve eaten at The Man Behind The Curtain a few times now…Michael O’Hare (owner/head chef) is really doing well for himself and is fast becoming the UK’s new celeb chef. It’s quite amazing to see him on the telly box and then remember when Michael and his team were cooking for us and a few friends in our own home (we managed to book him when he finished at The Swine The Dines (his old restaurant in York) before he opened The Man Behind The Curtain. He’s a very talented and innovative chef and if you haven’t been already, I’d highly recommend booking for a treat or occasion. It tends to get booked up for months, but my tip is to keep an eye on the online booking as cancellations do happen, I managed to book our table the other week on a friday night for four people just a week before hand. Miracles do happen.

I snapped a few of the dishes we had… 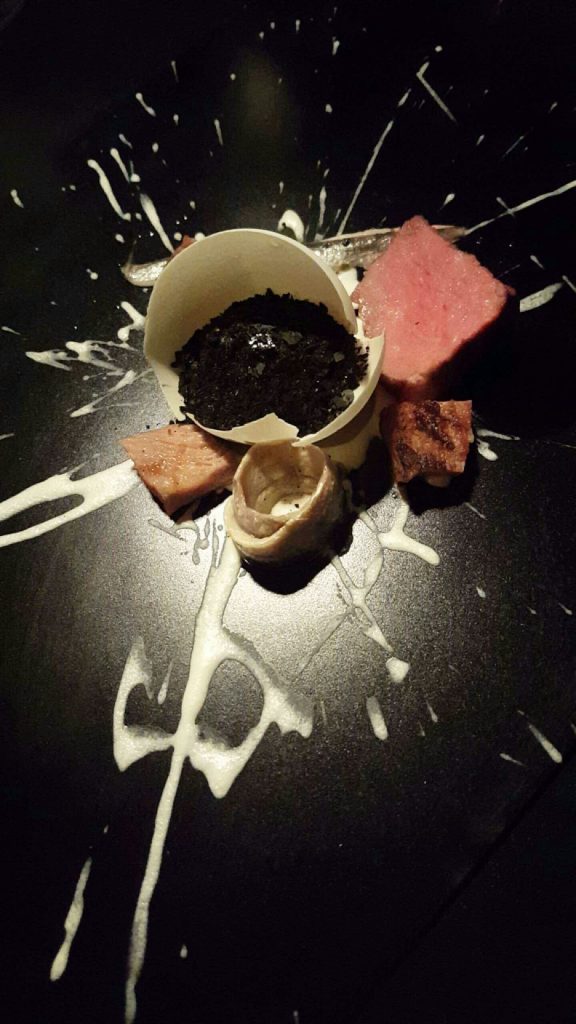 …which included his famous Great British Menu ‘fish and chips’ and the dessert he taught one of the Masterchef semi-finalists to do in this series (it was one of the best desserts I’ve ever eaten). If you don’t follow me on Snapchat (why?? :-D), here’s a peek…

A mate of mine was in this year’s Masterchef and she did so well! Liz (on the right of this photos) reached the semi-finals…

Who has what it takes to make it through tonight’s knockout? Find out at 8pm, @BBCOne. #MasterChefUK pic.twitter.com/qCf7AmThYj

…and cooked some fantastic dishes:

If you watched the series and fancy eating a bit of her food (having eaten at hers, I can vouch that it’s really bloody tasty) then keep an eye on her Twitter feed because she has quite a few events, popups and supper clubs in the Leeds area coming up. She also has an excellent blog well worth reading. Go Liz!

Were you watching the series? It was great to see another Leeds person…actually, team!…in a big cooking programme – Stephen Trigg from Lauden Chocolate and his team did so well, making some fantastic creations. If you haven’t tried Lauden before by the way, check out my recent blog post about Lauden Chocolates.

We’ve been trying to eat in a lot more then usual (save money, be healthy…yadda yadda)…but we have had a few meals out (apart from Man Behind The Curtain) which have included a really excellent meal at Zucco in Meanwood the other night…

Oh wow @Zuccouk, I’ve eaten with you a few times, but that was the best EVER. Every dish an absolute joy ? pic.twitter.com/BsUFWEx6W2

…I had some great dishes when visiting Polpo and found the food to be pretty tasty at Headingley’s new Head of Steam (even if the décor is a bit full on).

So, that was my foodie highlights from the past month or so. This post has made me pretty damn hungry, so I’m off to eat! x