Giorgio Armani kindly sent me their Si parfums to try as part of their #SaySi campaign. They arrived in a lovely gold box and I wasted no time in trying them out. I hadn’t smelt them before, so they were brand new to me. 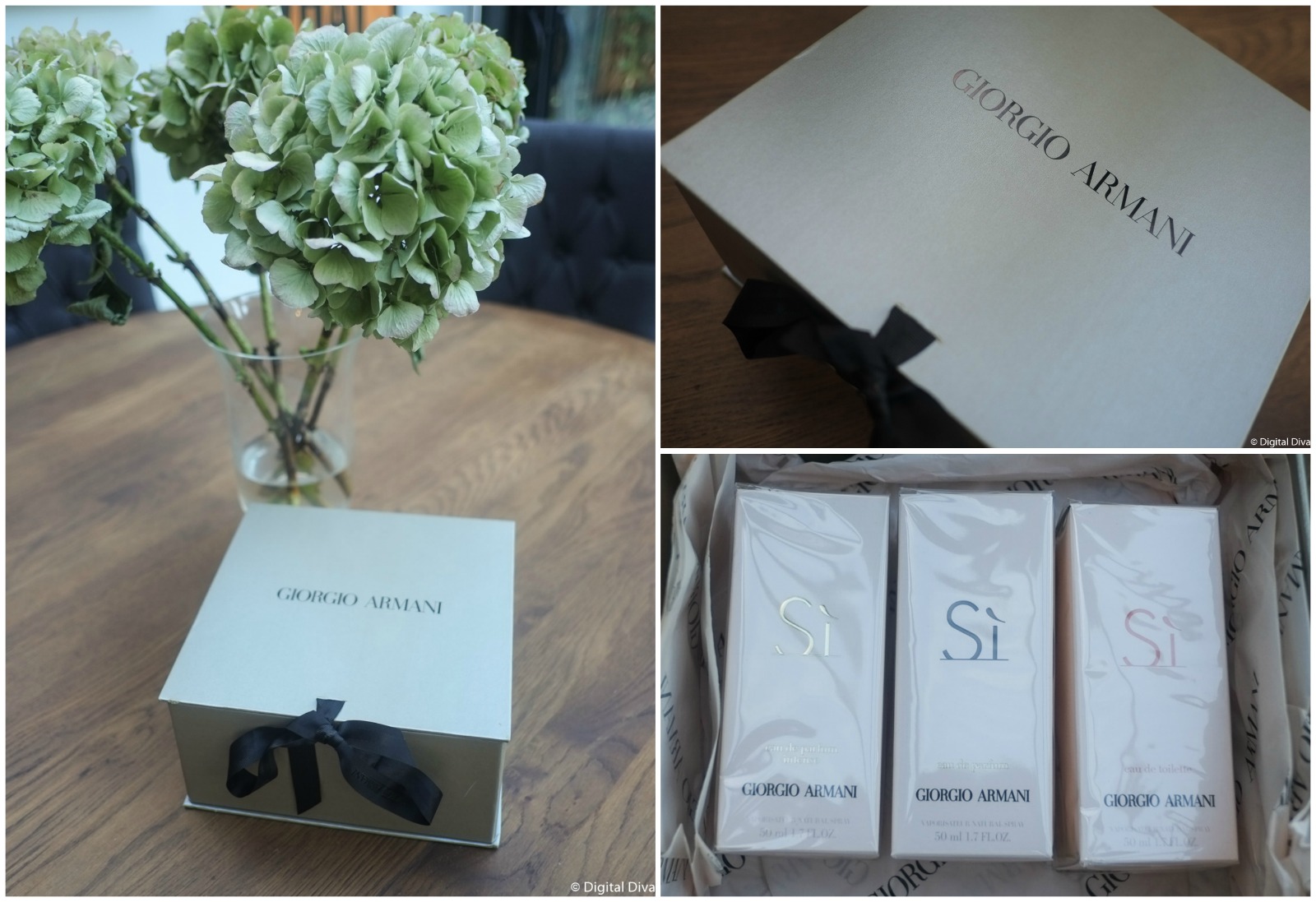 Si is my tribute to modern femininity, an irresistible combination of grace, strength and independent spirit.
— Giorgio Armani

I’m a fan of Cate Blanchett, who is the face of these fragrances. I like that she’s an intelligent outspoken lady and often calls out sexism in her industry. She will probably be up for an Oscar in 2016 for ‘Carol’ (which reminds me, I need to watch that!) 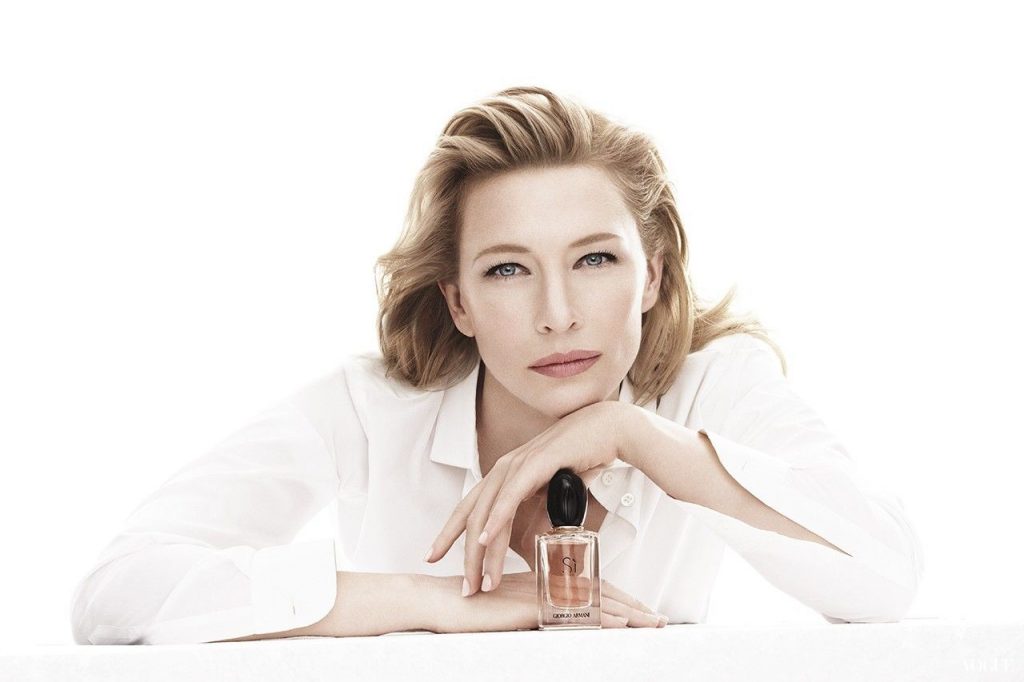 It’s fairly sweet smelling, I’d say it’s quite a young scent. Armani say they wanted to create a seductive softness that lingers like a second skin. The fragrance definitely stays, which is good. I get fed up with perfumes that disappear fast. It smells a little like a jammy fruit and apparently has vanilla, freshly-cut freesia and rose de mai, which does make it fairly floral.

A lttle like the Eau de Parfum, but lighter…as expected. It has pear, blackcurrant, mandarin and bergamot (one of my favourite smells) in it and has the vanilla Si base. 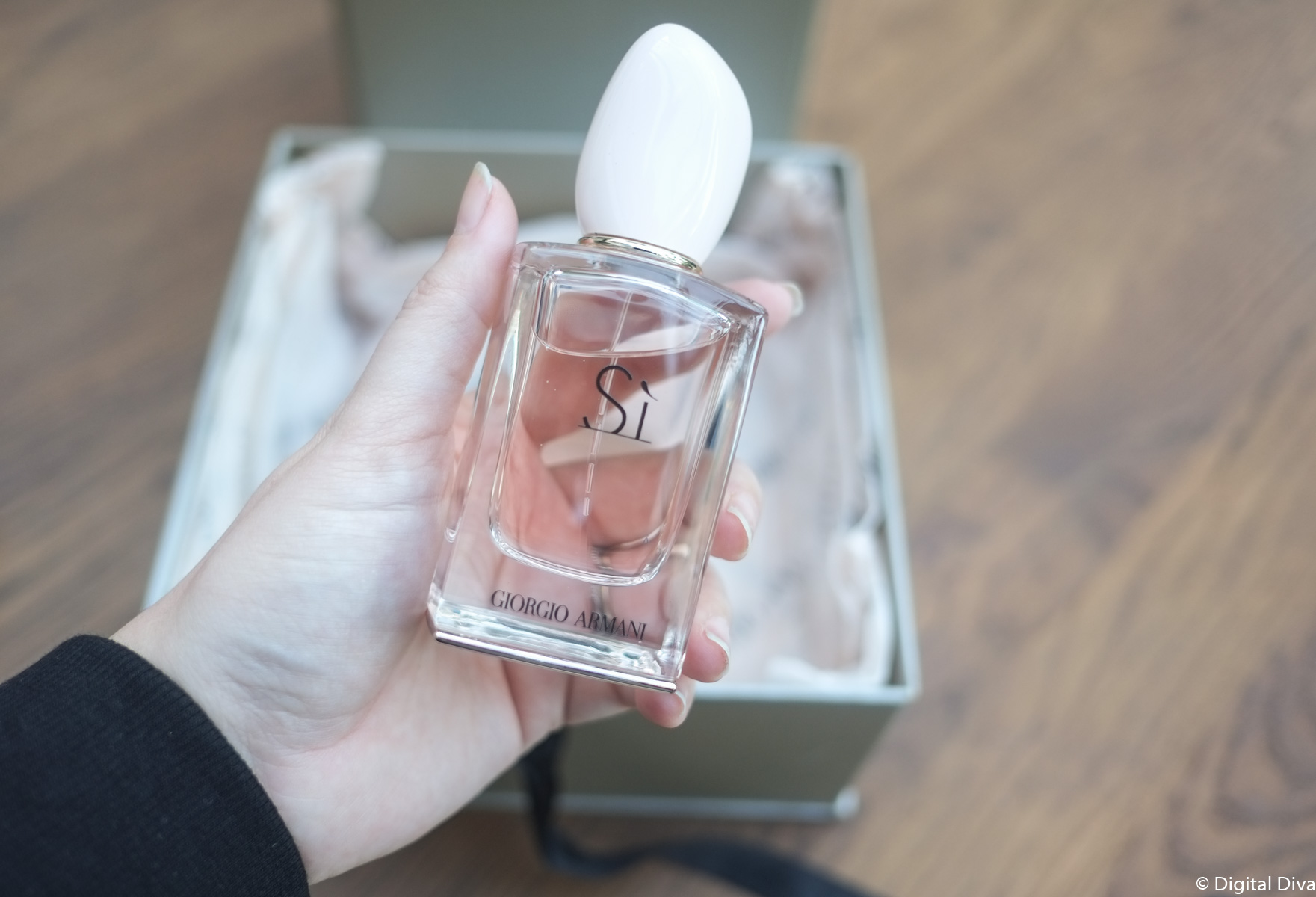 Starts off very sweet smelling, like the others…then settles into itself. It has blackcurrant, fir balsam and golden bonzoin in. It feels a little more mature maybe…a little like Chanel Allure, I think this one is my favourite. 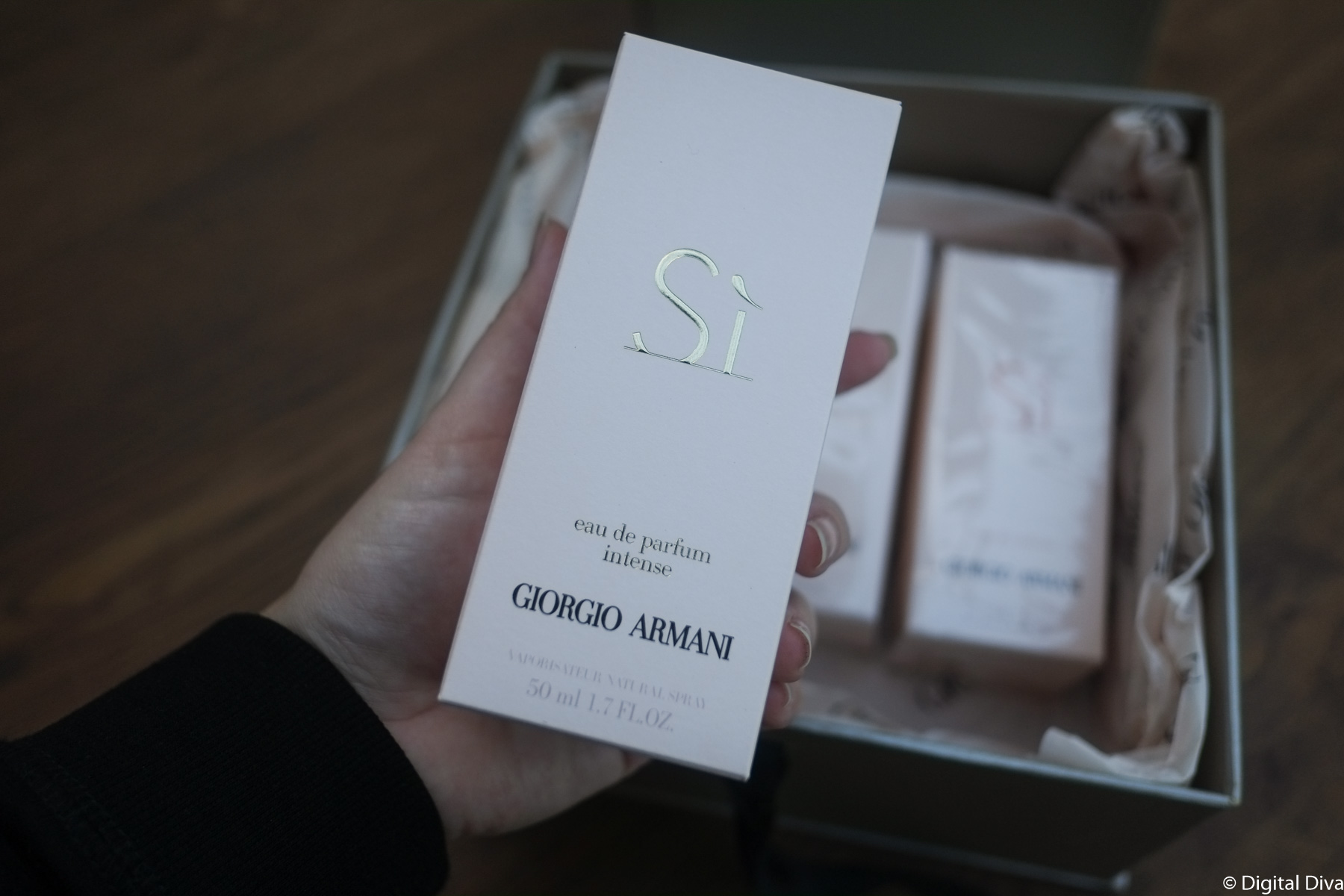 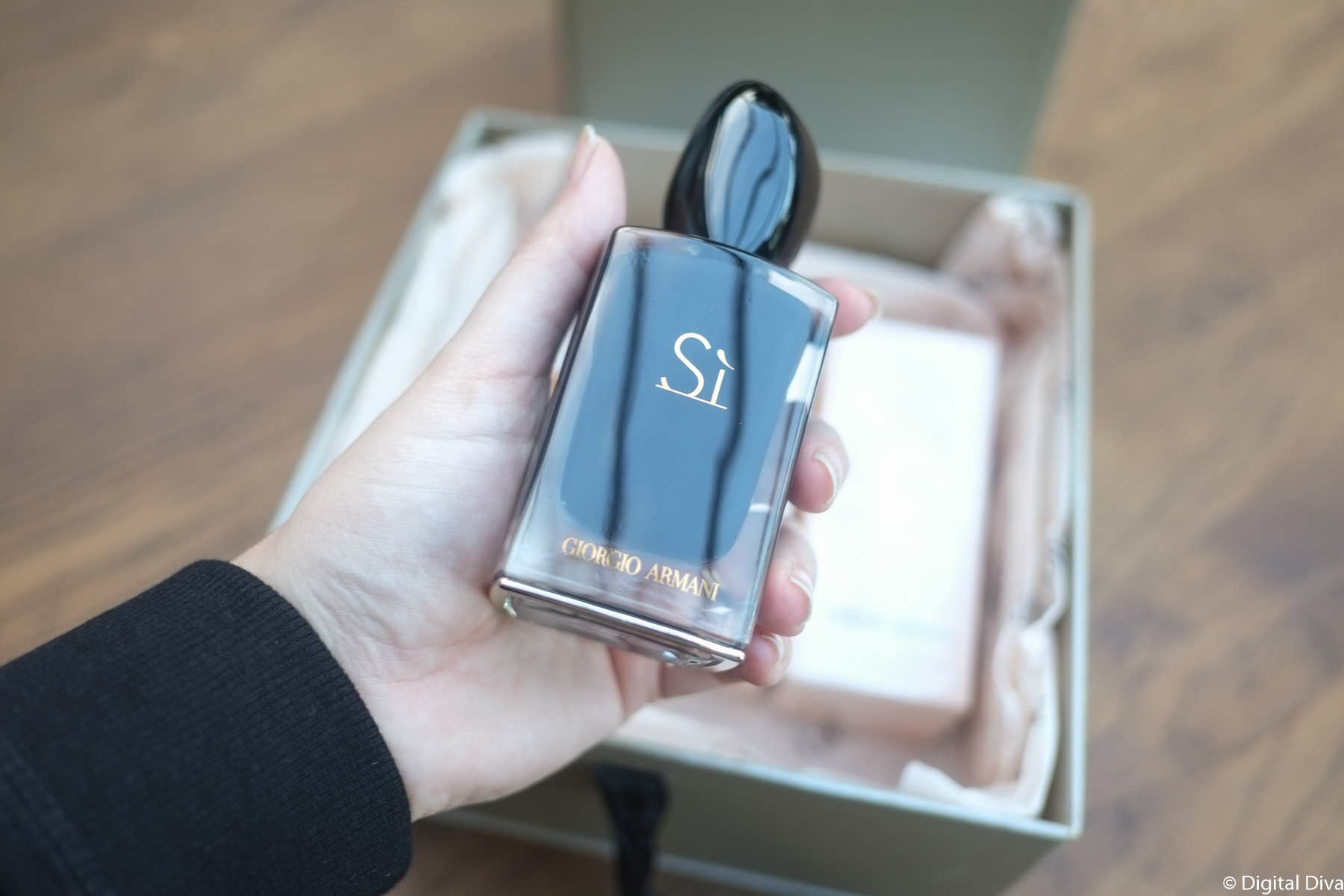 They have said that these perfumes aren’t the type to make a brash entrance, they are perfumes that everyone remembers once you leave.

These are strong scents that do stay around. I’ll be enjoying wearing the Si Eau de Parfum Intense in particular over the next month or two. 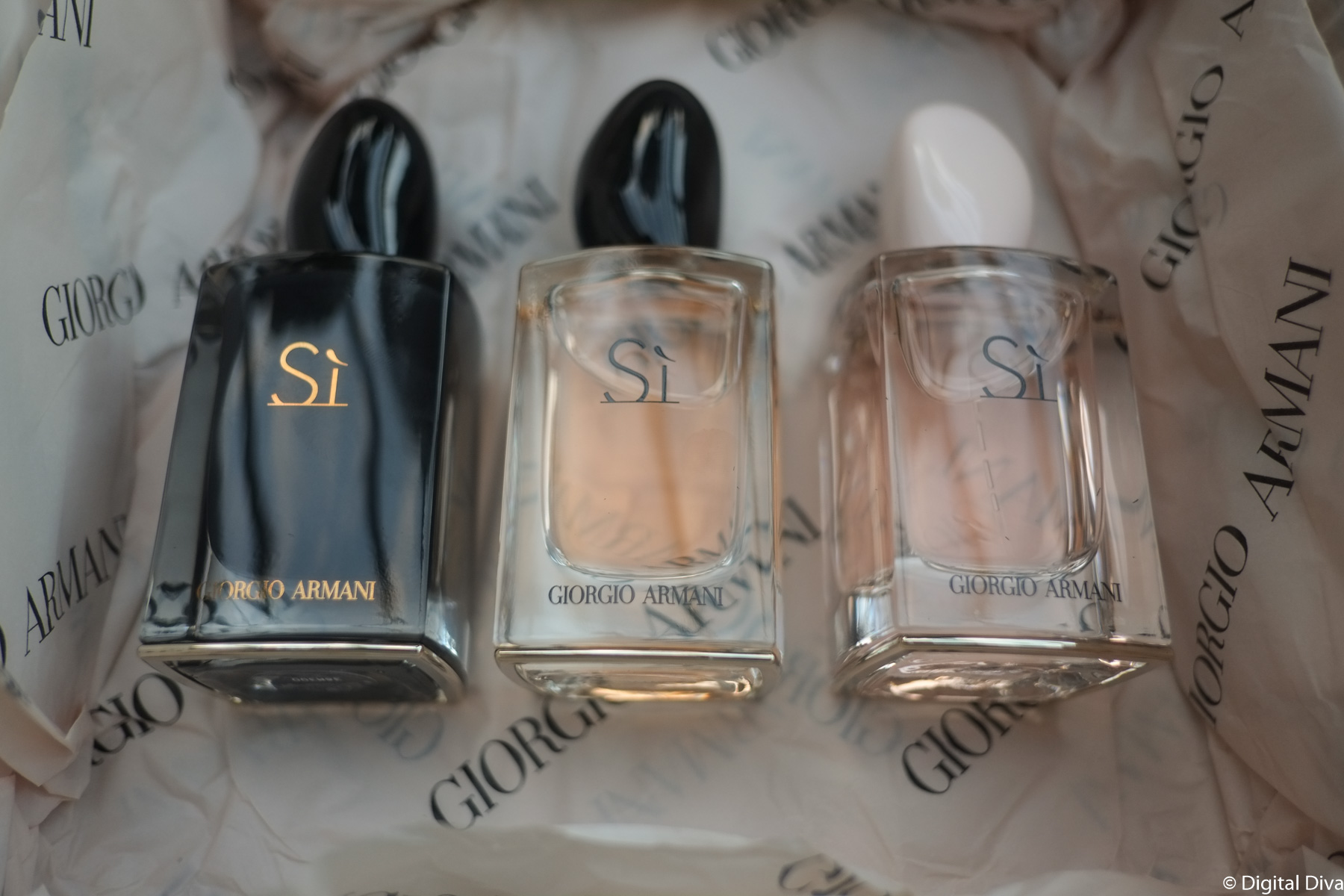 * Please note that I was sent the Giorgio Armani Si Parfums for free, which was lovely of them. It did not affect my opinions.