We stayed at the Hotel Ranga in South Iceland for four nights a few months ago, as the first half of our week-long trip back to Iceland.

When researching hotels in Iceland, Hotel Ranga kept coming back as one of the best recommendations. Kaelene from Unlocking Kiki (she has the MUST-read blog for Iceland) gave it the thumbs up and I really liked the location of the hotel. Perfect for exploring South Iceland (more on what you can explore below!).

I have to say, it’s not a cheap hotel…Hotel Ranga hold themselves up as the only luxury hotel in South Iceland. This sounded perfect for for us as we visited Iceland last year on a cheap trip, which was absolutely amazing and gave us a real love for the country…but this time, we wanted a bit more relaxation as we were ‘recovering’ from a very stressful few months moving house. Hotel Ranga sounded like just the tonic.

We drove straight to the hotel from Keflavik airport. The drive was lovely…around an hour and a half and we quickly dumped our bags in our room to have a little explore. 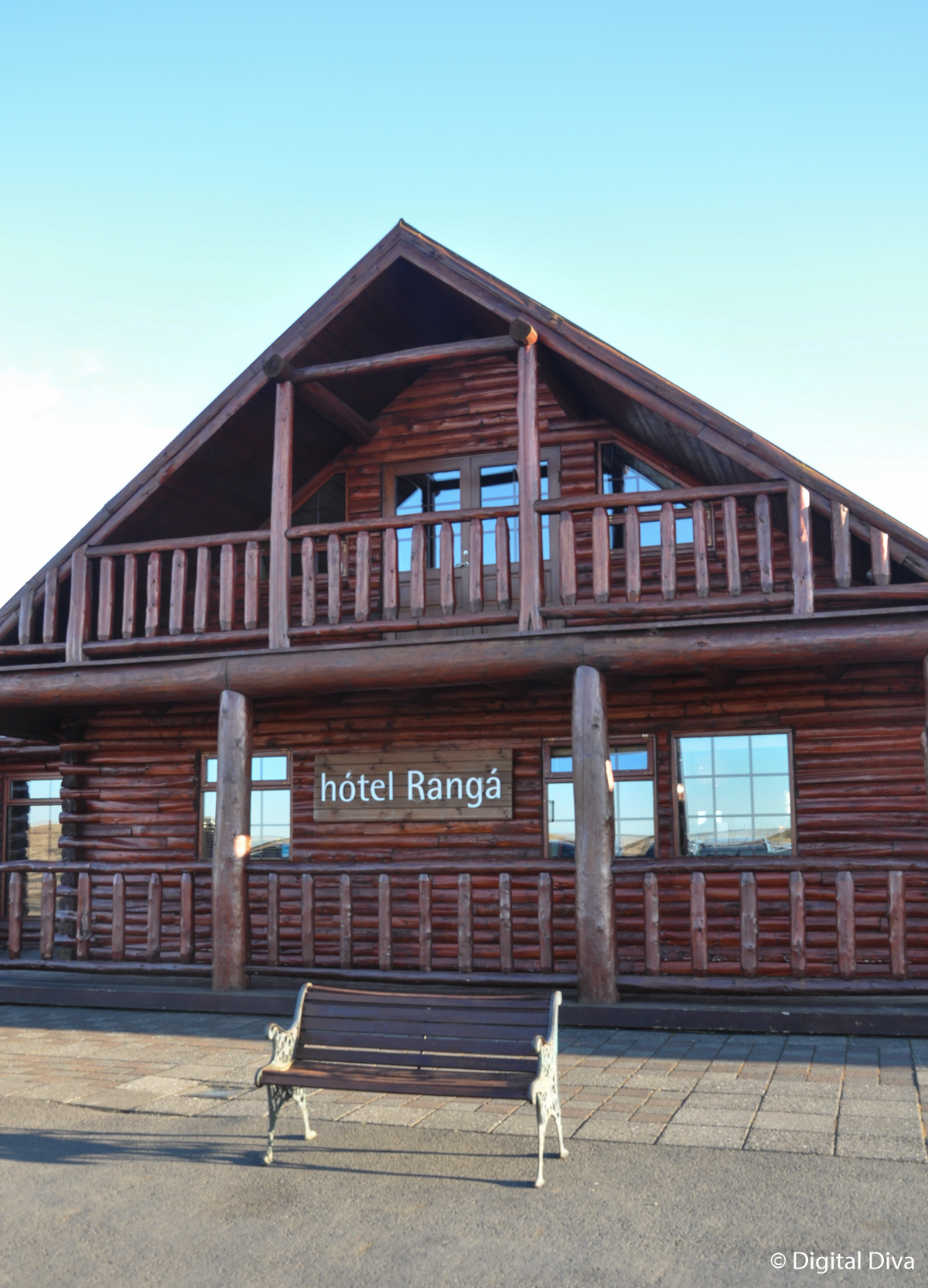 When you’re not in the hot tub relaxing, you can play billiards in the games room along with jigsaws, chess and other games. You can also get a massage too . I didn’t remember his name, but oh my god…he was amazing! I like a strong firm massage (years of bad shoulders and neck issues) and he absolutely delivered. It was one of the best massages I’ve had. Expensive, but worth it. 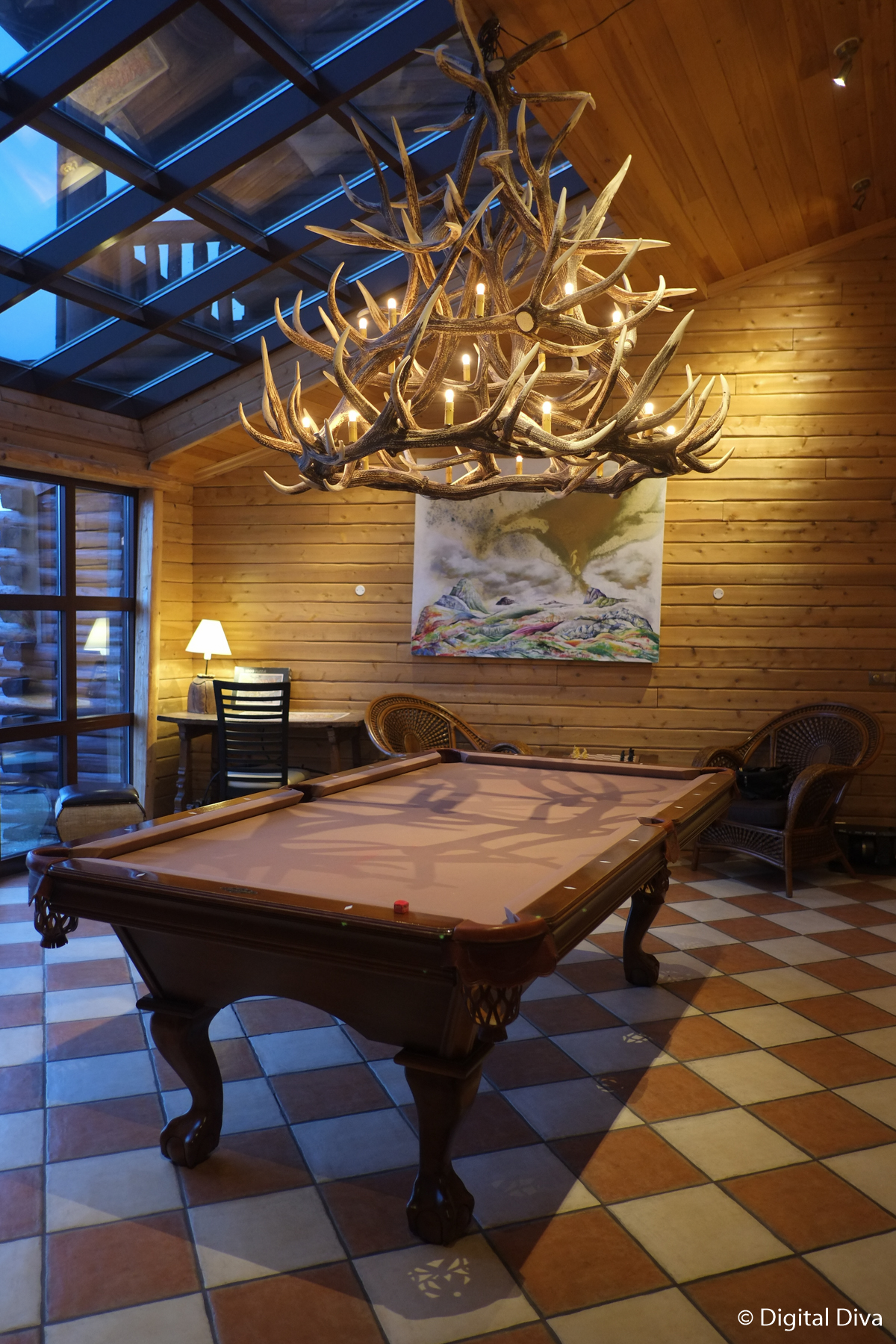 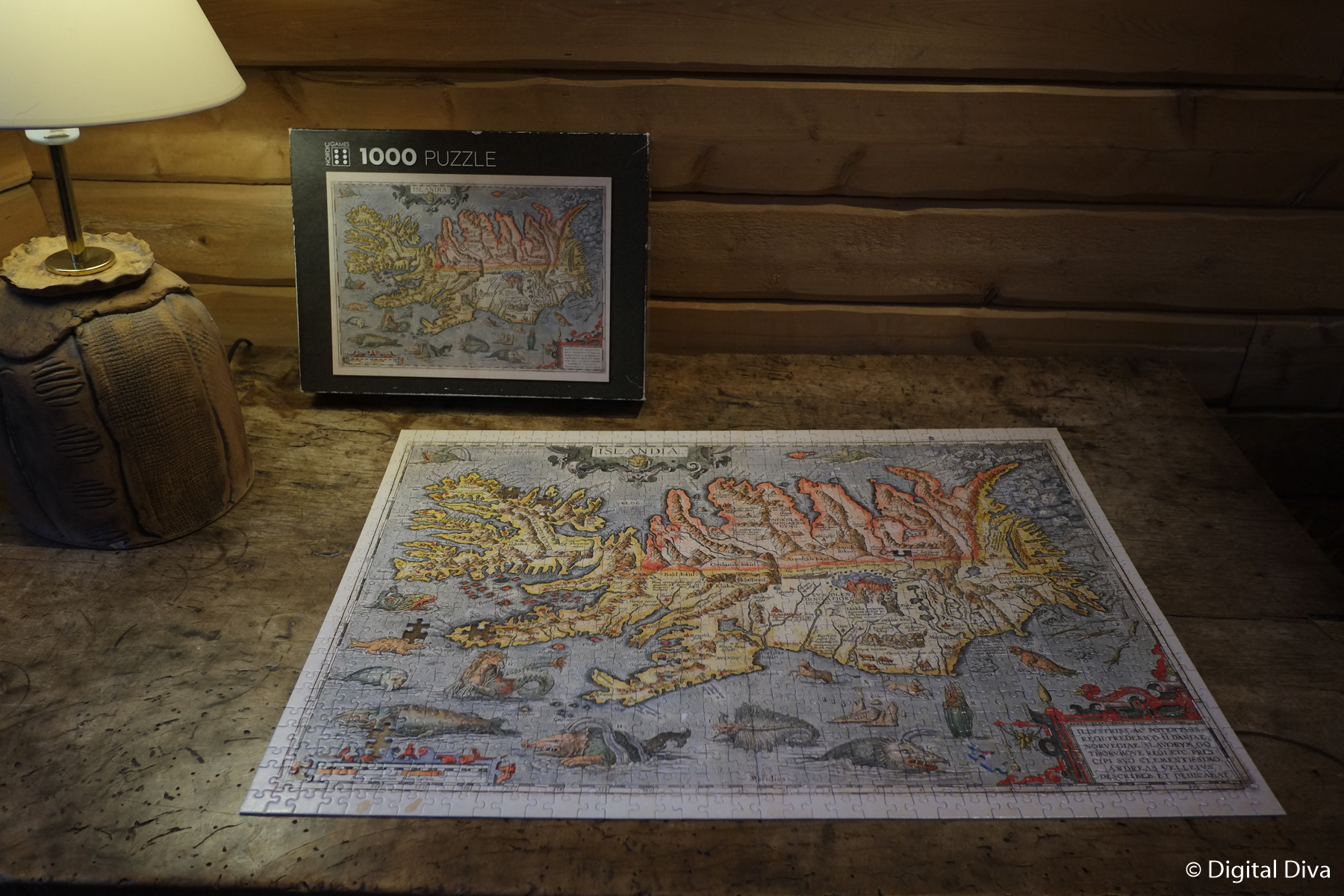 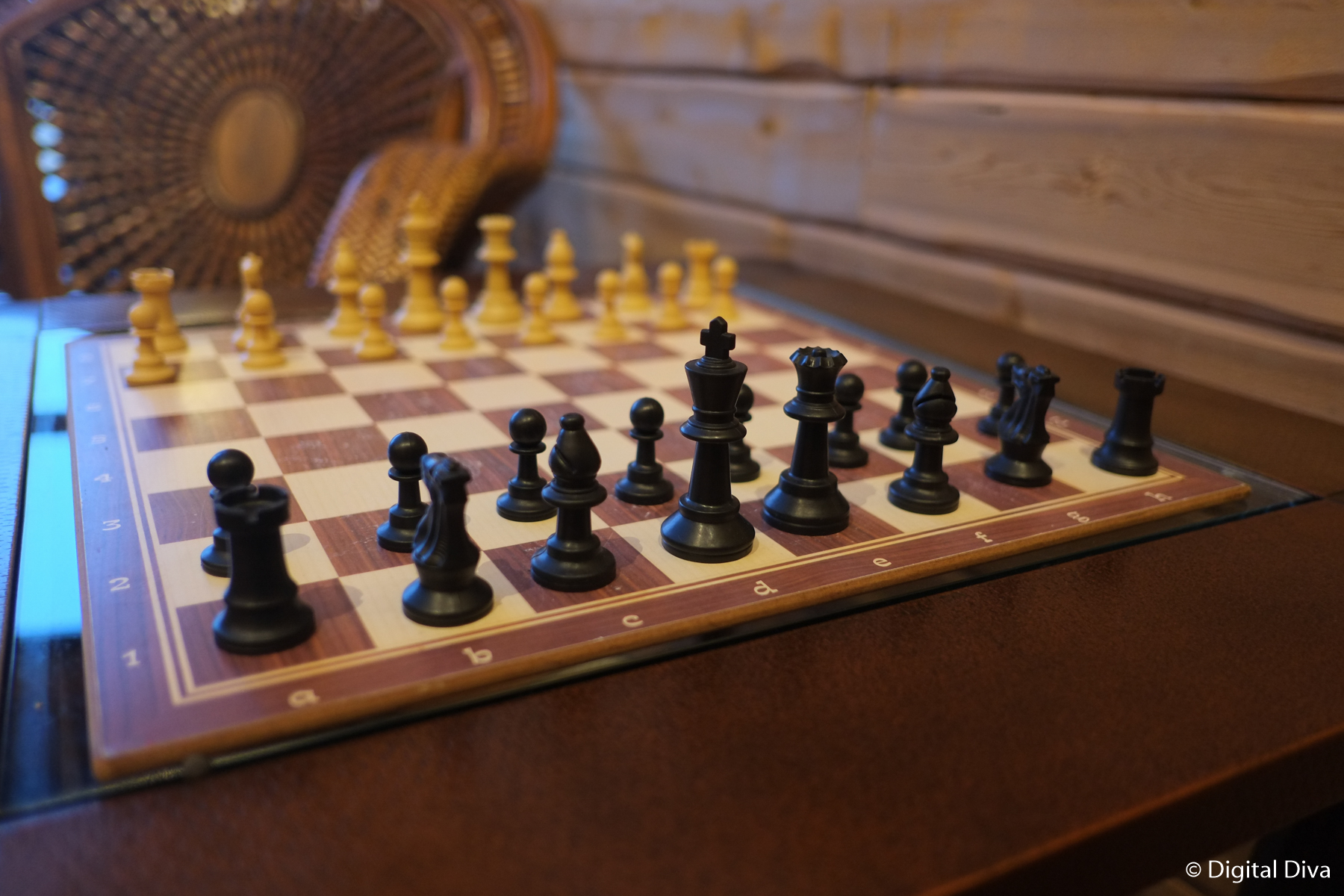 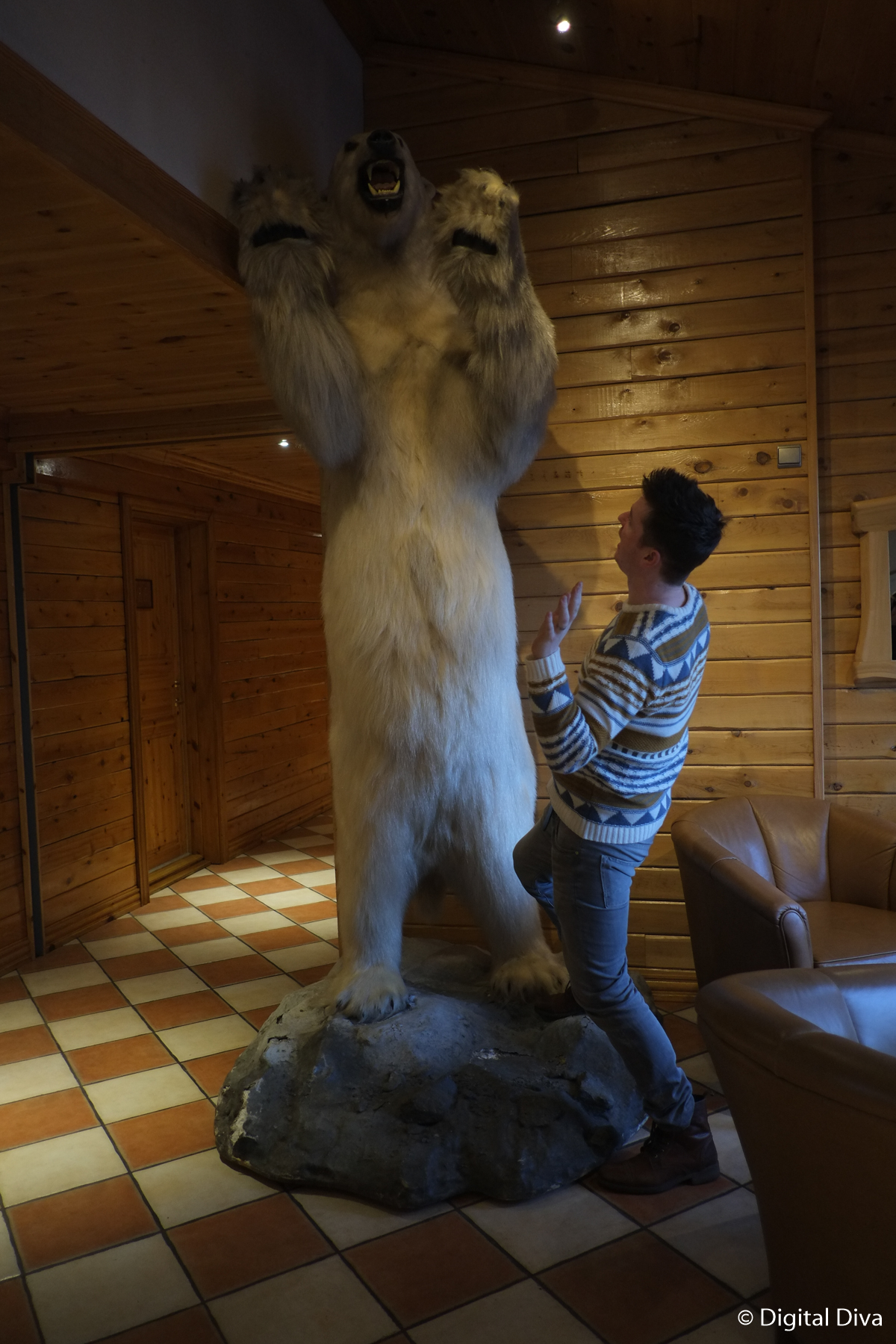 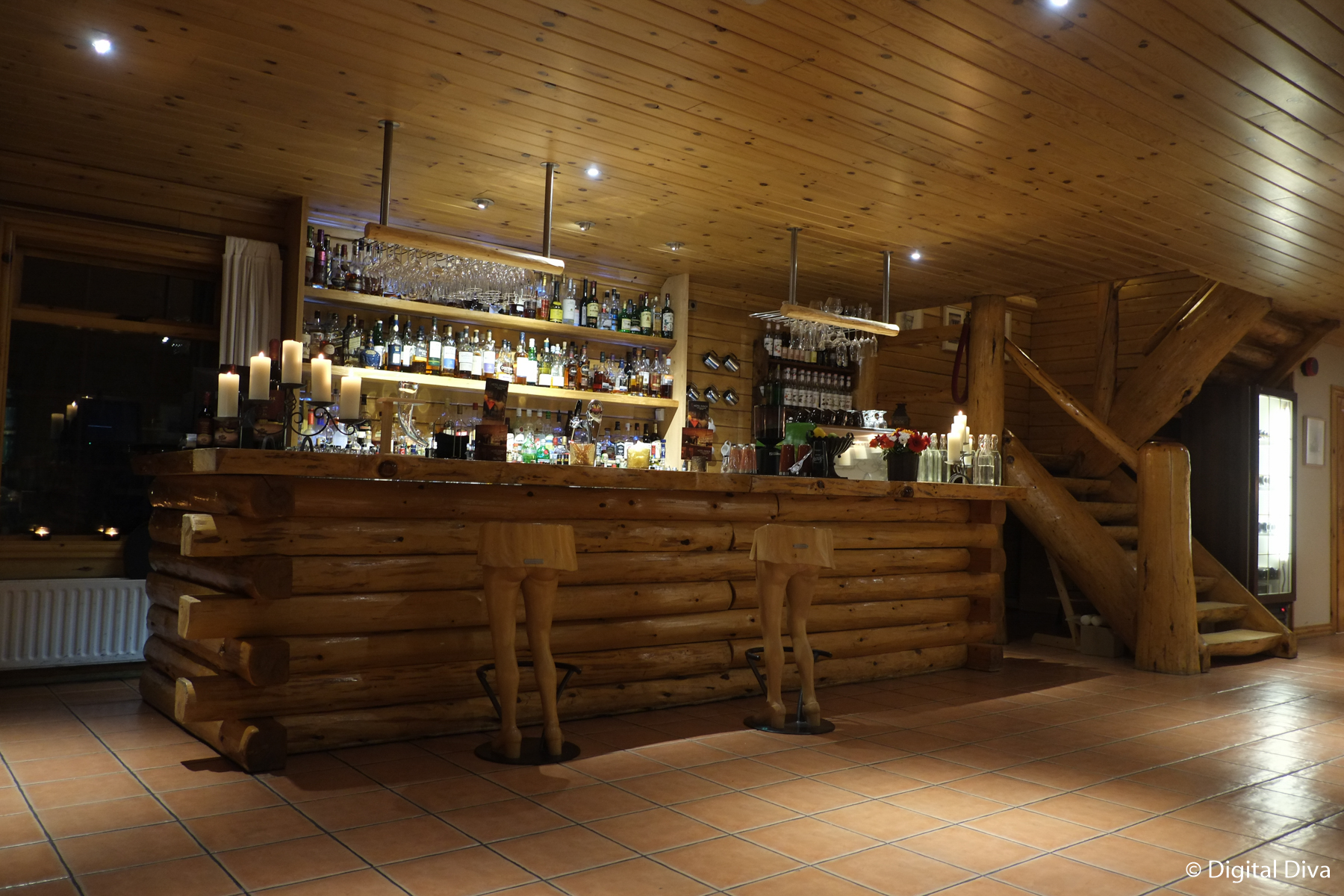 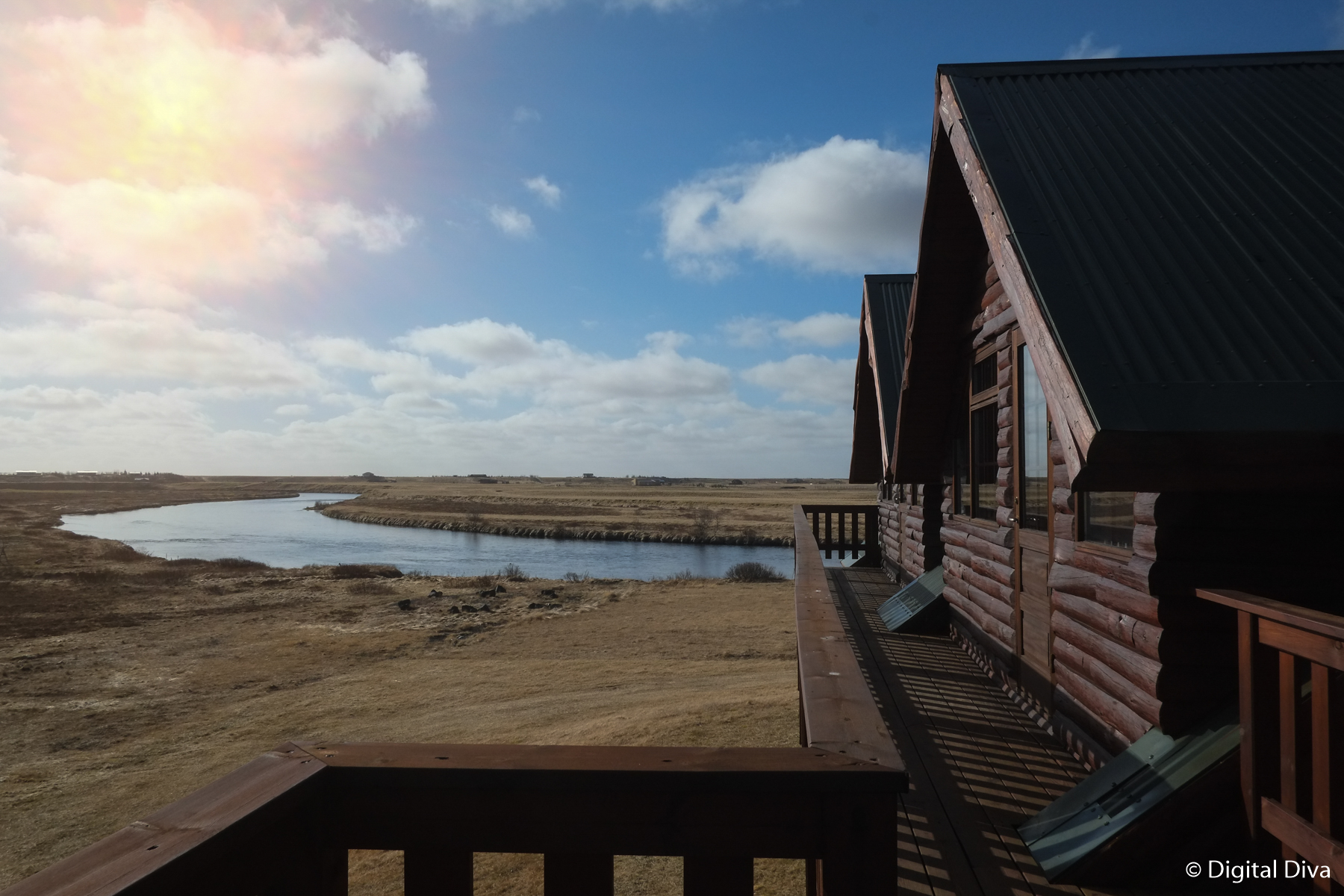 Hotel Ranga is a bit like a posh log cabin hotel in many ways – wood as far as the eye can see. 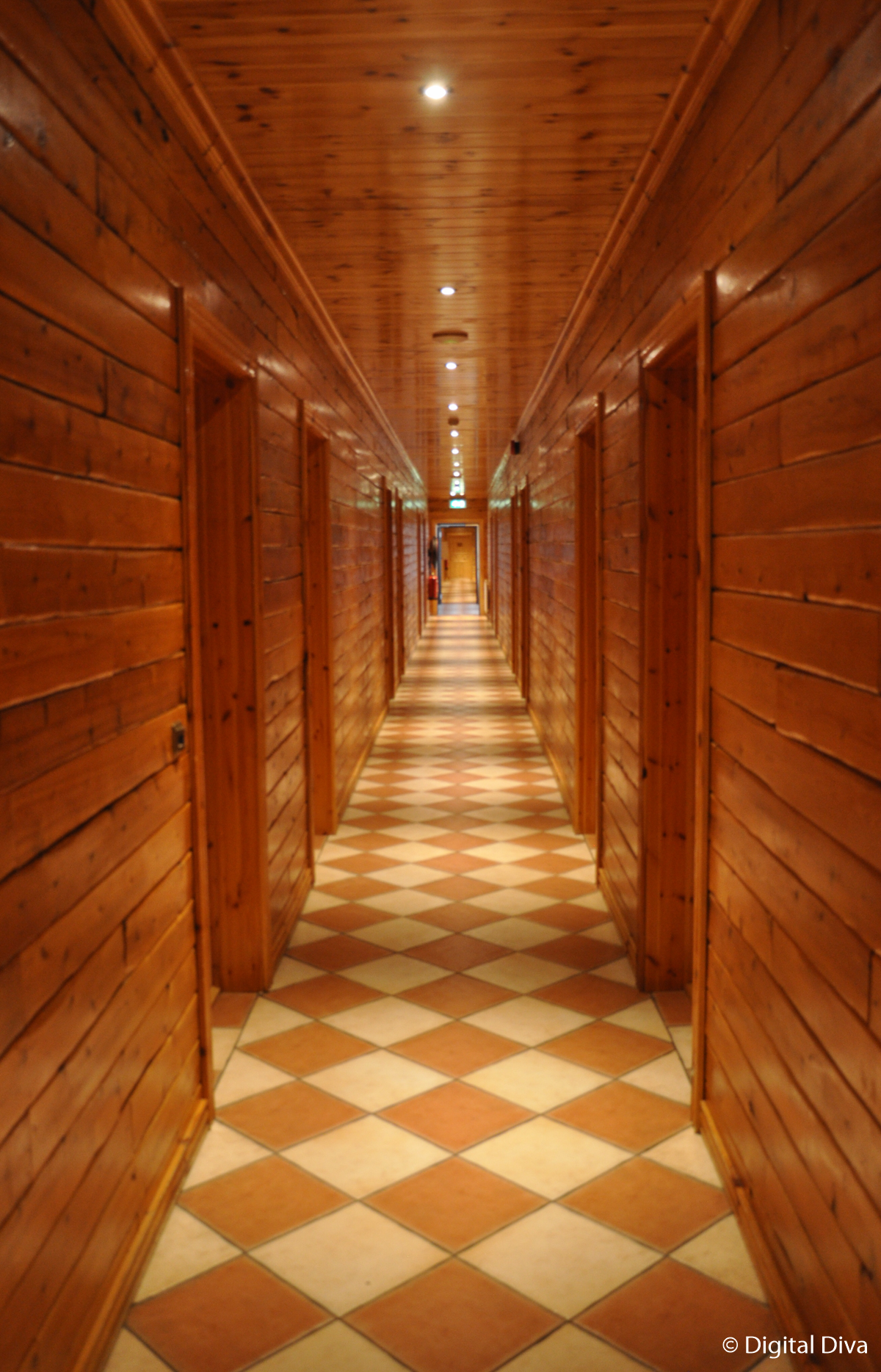 We had a standard room (I couldn’t justify paying more for a bigger room after paying so much out on the new house!) which was a decent size and had all the usual facilities (shower, tea/coffee, tv, etc.).

The bed was really comfy, but the pillows were very thin for my liking… 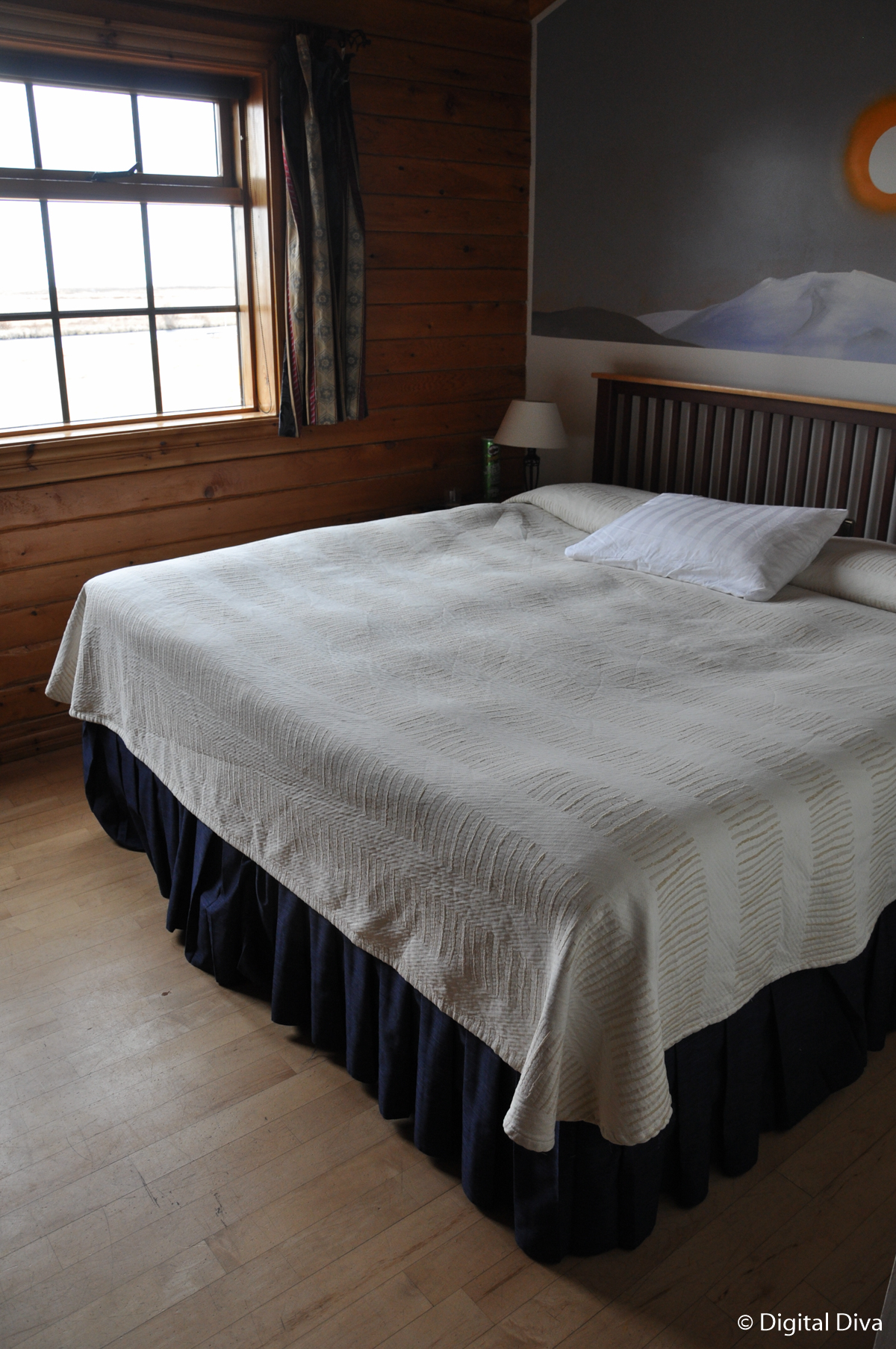 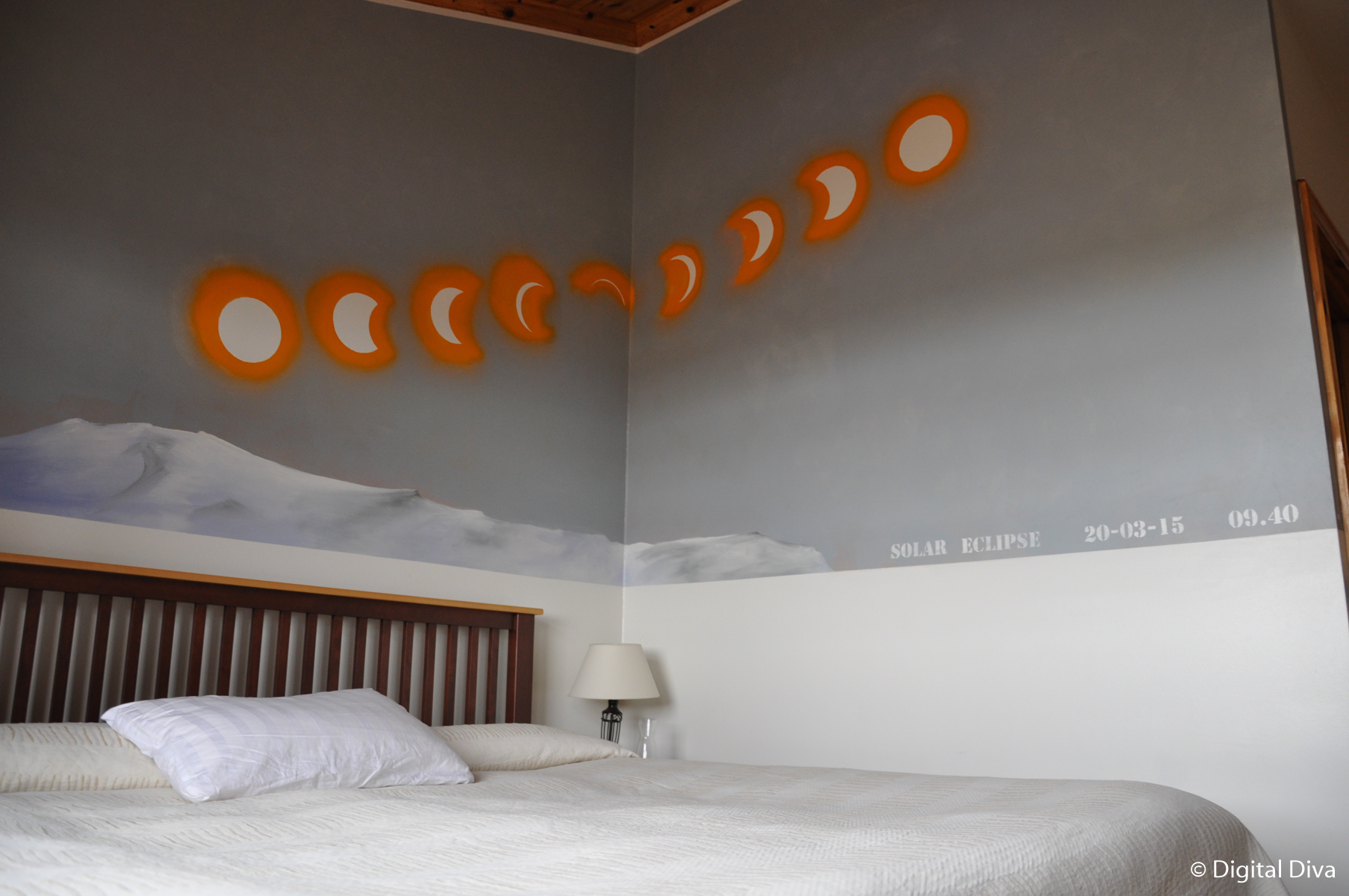 …and the bathroom could maybe do with a little more money spent on it, it was looking a bit tired and dated. 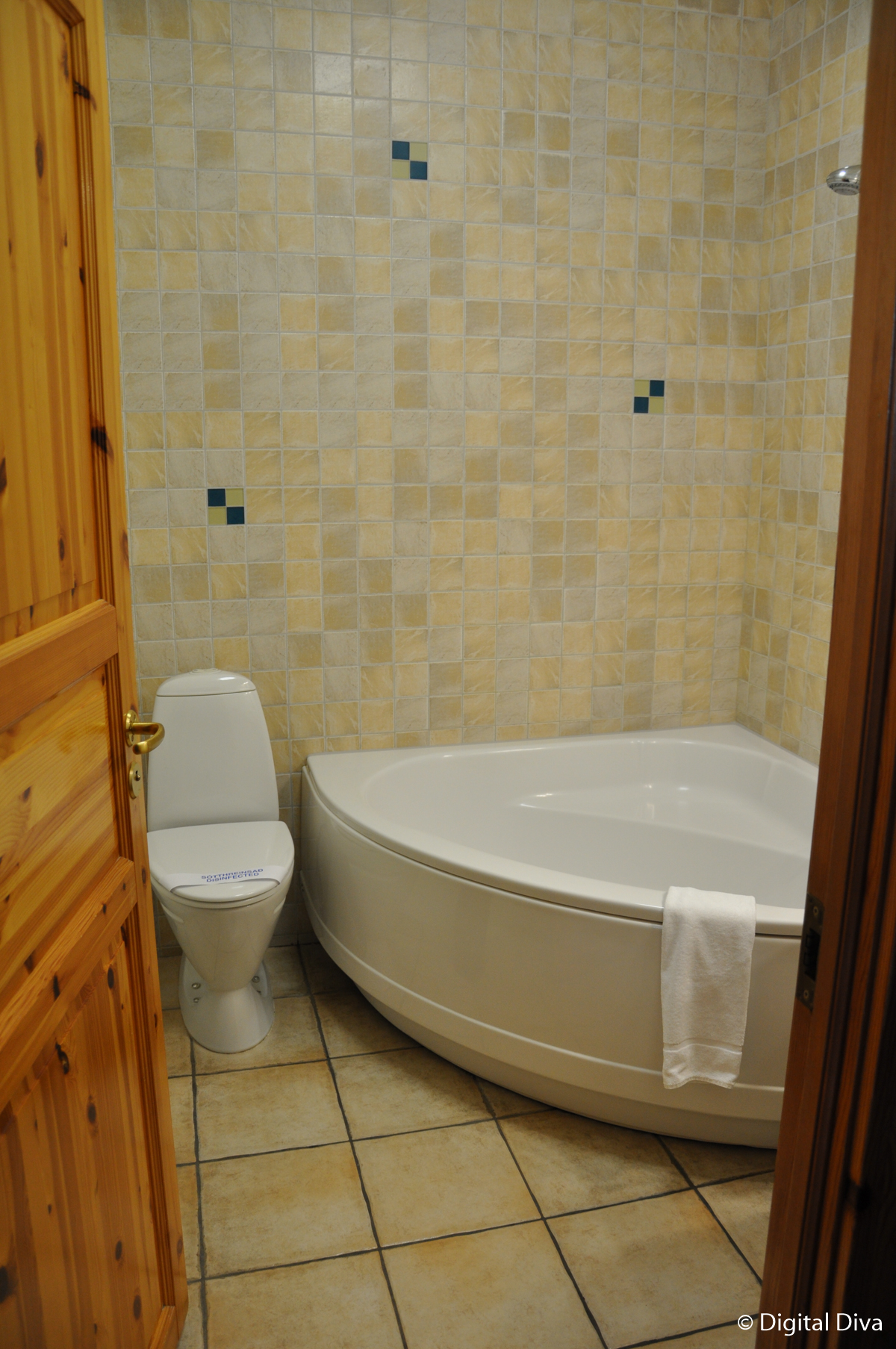 Noise was a slight issue at times, you can hear a lot from the other rooms and we did find the room got quite hot at night too. Not what we expected in Iceland! The whole hotel must be very well insulated, as jumpers throughout were a bit much we found. In the rooms, there’s no air con, but there was a window which you could open a little…which was a big help. 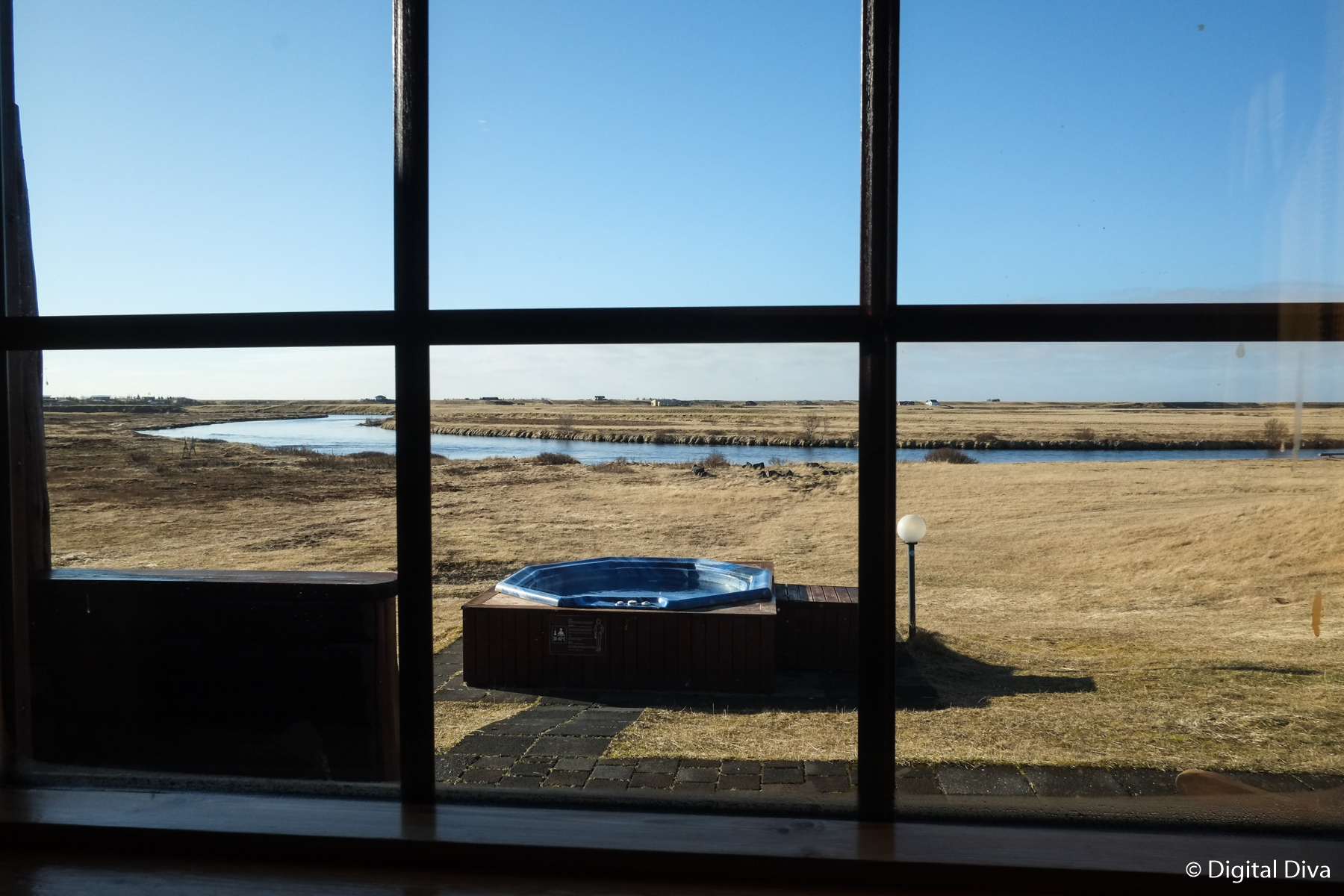 Our room opened out onto a little deck and bench overlooking the salmon river. It’s a gorgeous view and worth every penny. We also had a hot tub outside our deck, one of three on the hotel grounds. They are geothermal hot tubs, so no need to cover them…they stay warm and are just lovely. Again, this is really what you’re paying for. 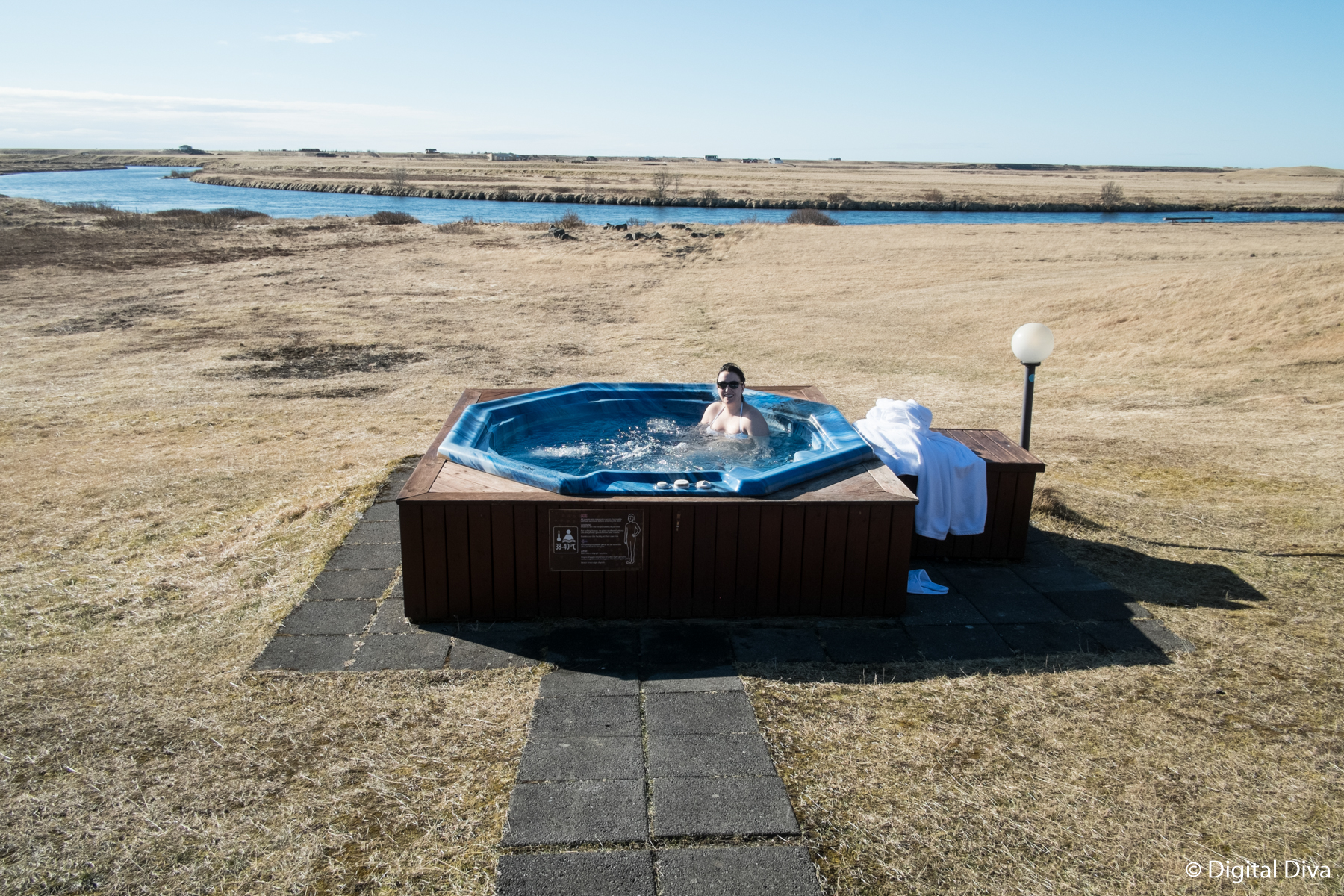 If you are staying at the hotel, I would specify that you want a room overlooking the river as I think I would have been pretty disappointed if I’d had a room on the other side of the corridor (overlooking the car park…BUT, with potentially a good view of the Northern Lights)

The main dining room has lovely views over the river…a beautiful start to your day for breakfast and an end to the day in the evening.

I did worry that if we didn’t like the restaurant at Hotel Ranga we’d be a bit stuck, as there isn’t a lot of choice nearby. It’s not like Reykjavik, you are very much in the sticks.

There was no need whatsoever for me the be worried though, the dining really lived up to it’s luxury mantra. One of the highlights was the four course Spring menu. 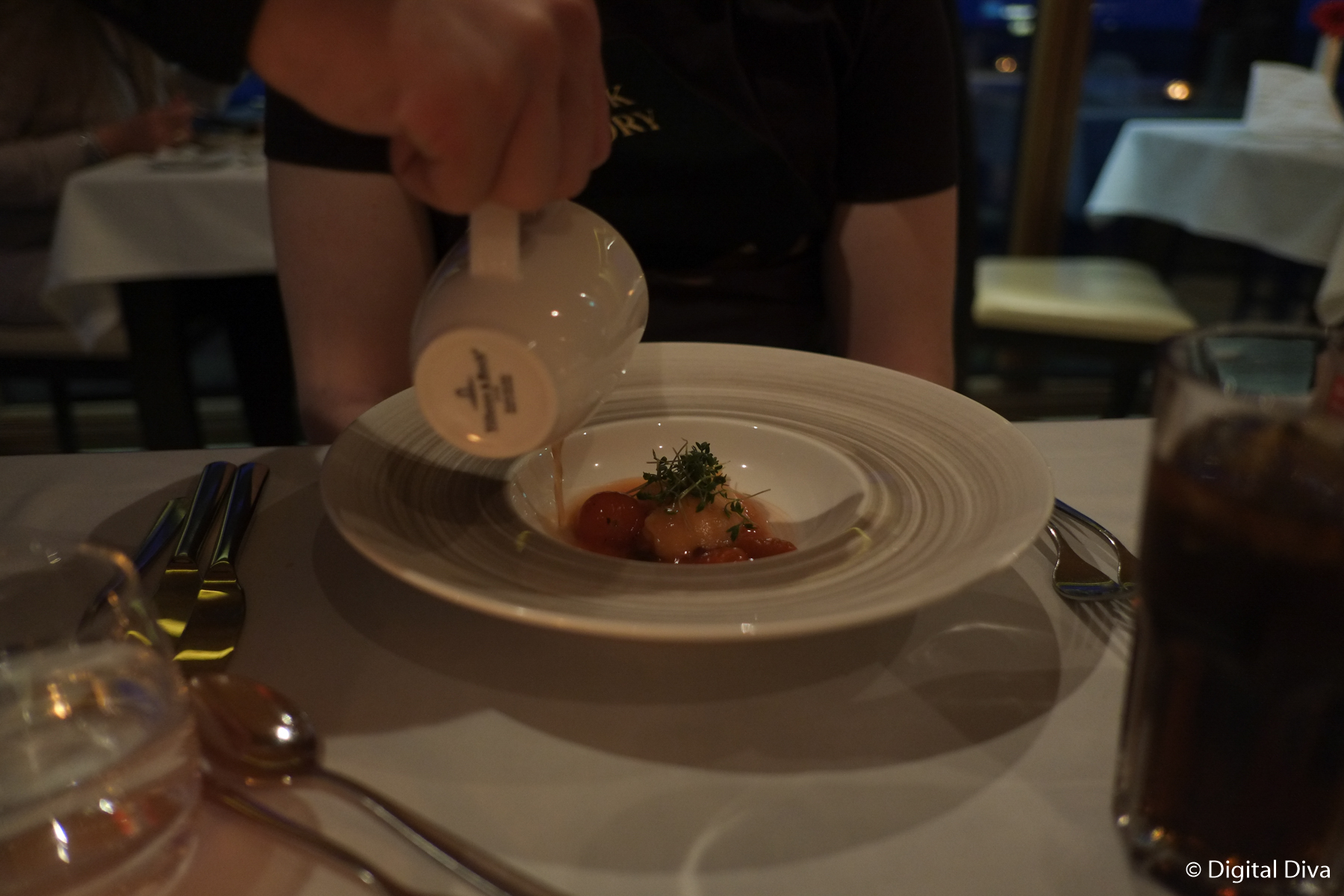 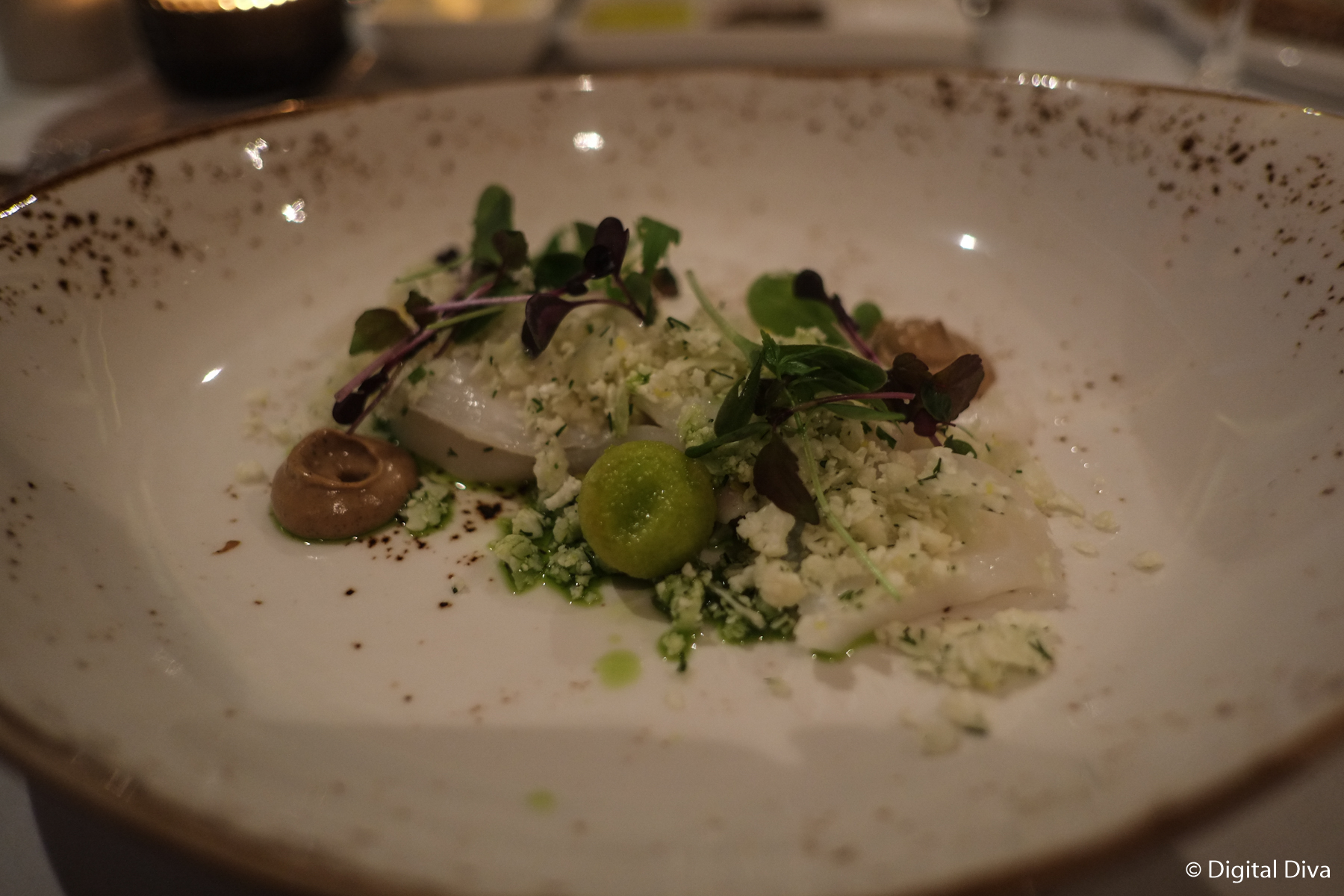 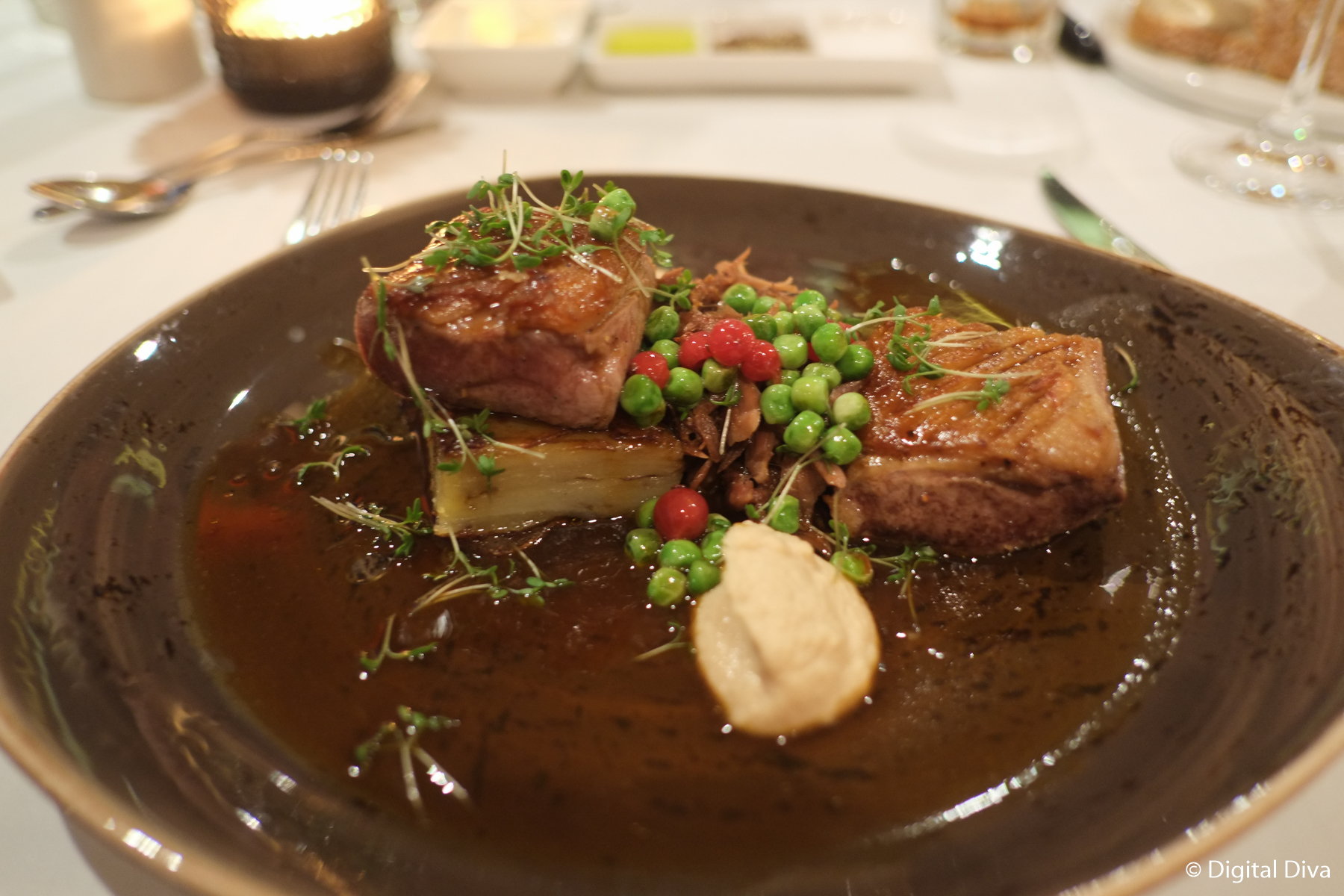 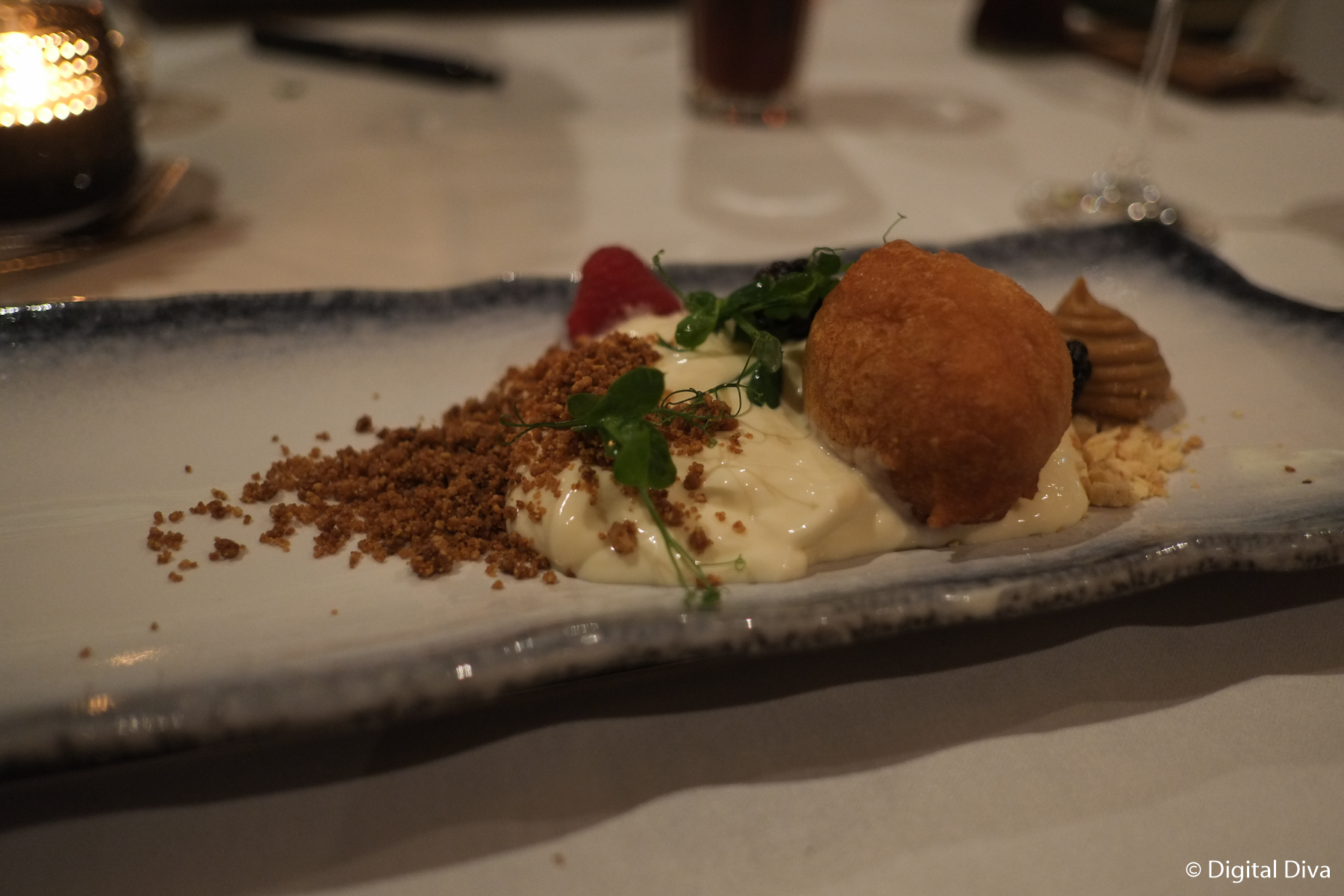 We met Frederick the owner over dinner. He’s a lovely guy who walks around talking to everyone dining in the evening. He worked in the fishing industry for 30 years and knows Grimsby well!

Breakfast is in the main dining room and was very good. Lots of cereals, cheeses and meats as well as more traditional Icelandic foods. Hot food included scrambled eggs, hash browns, sausages, bacon and there’s two waffle makers. They just need a sign to remember spray them with oil first…there were quite a few stuck waffles! 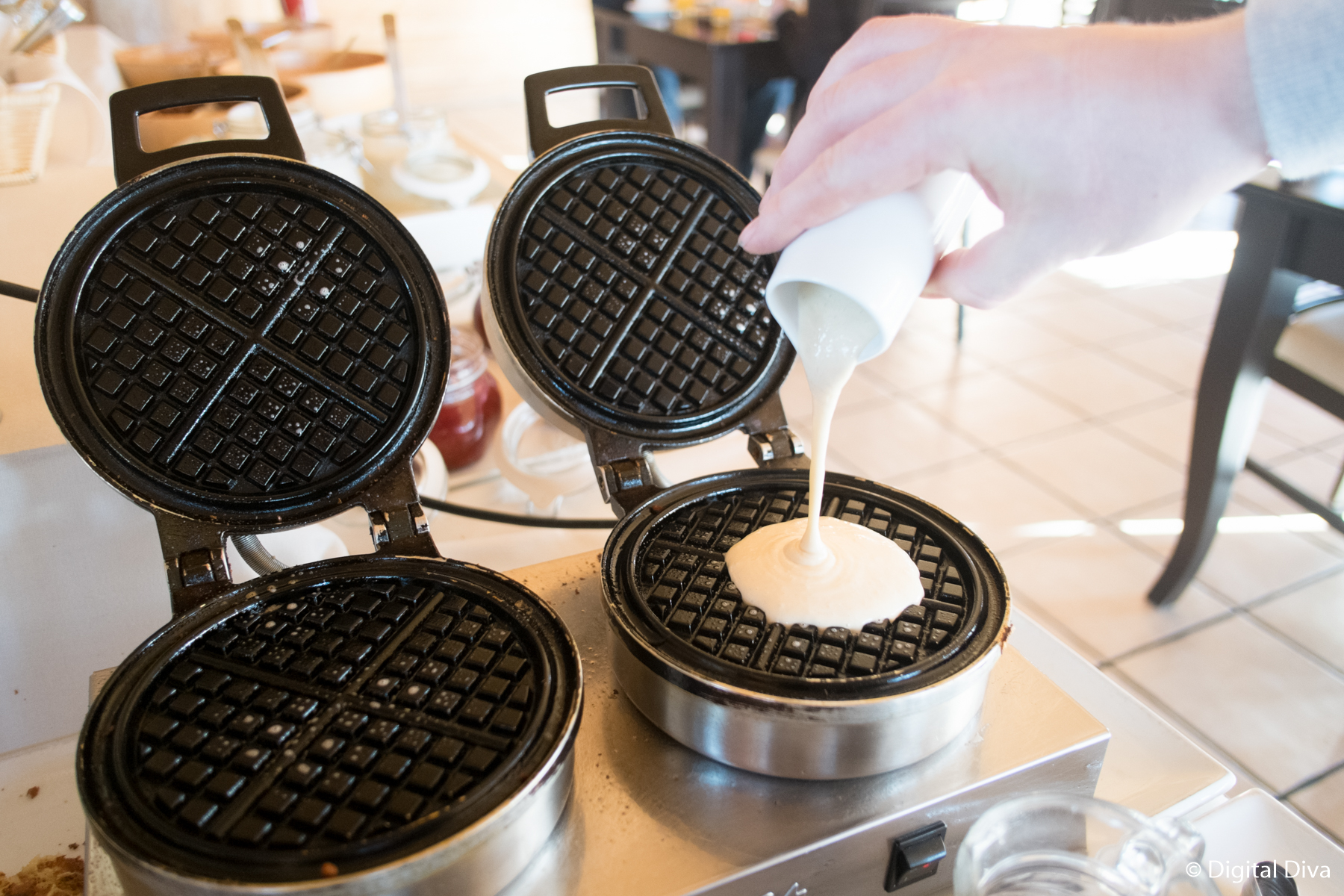 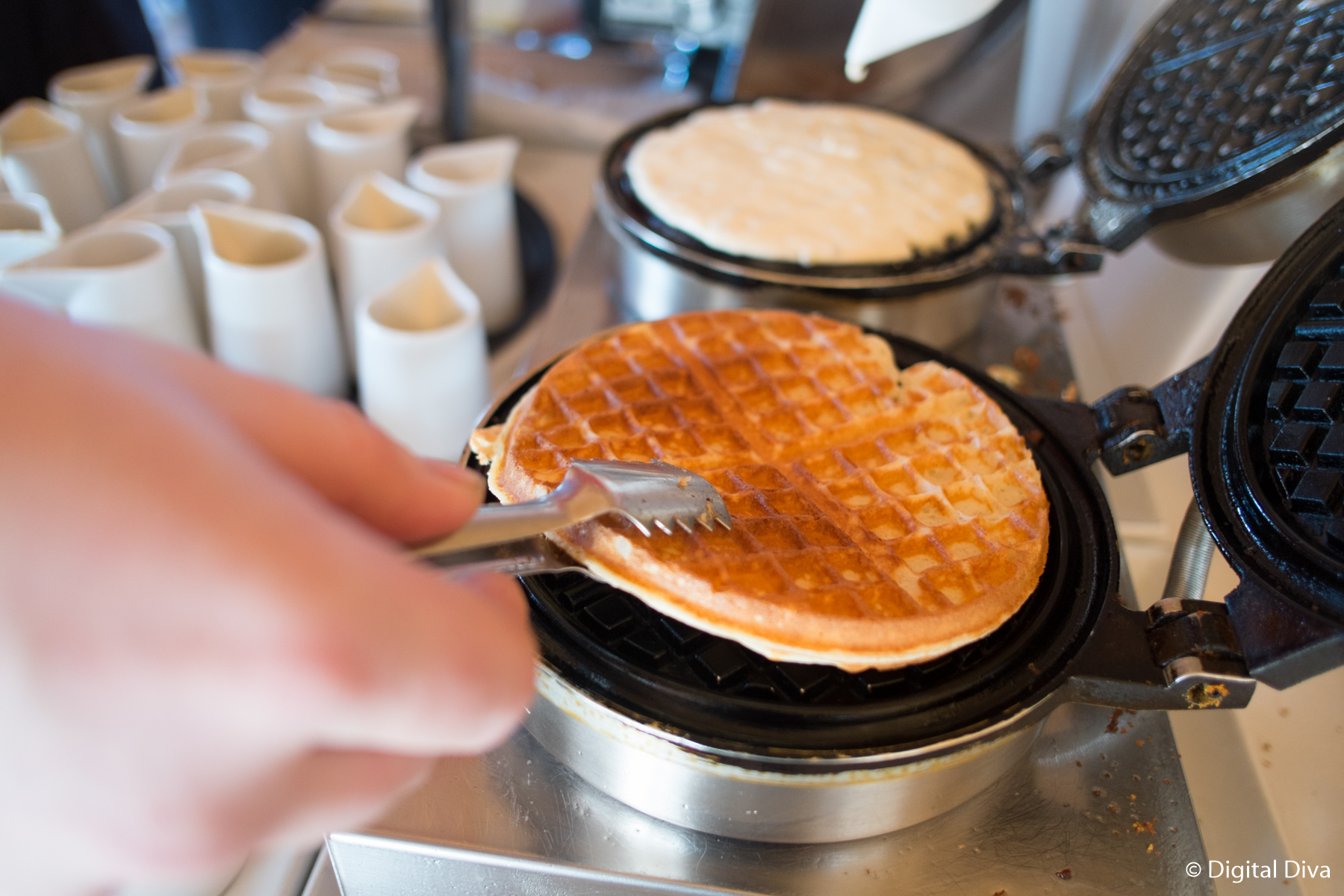 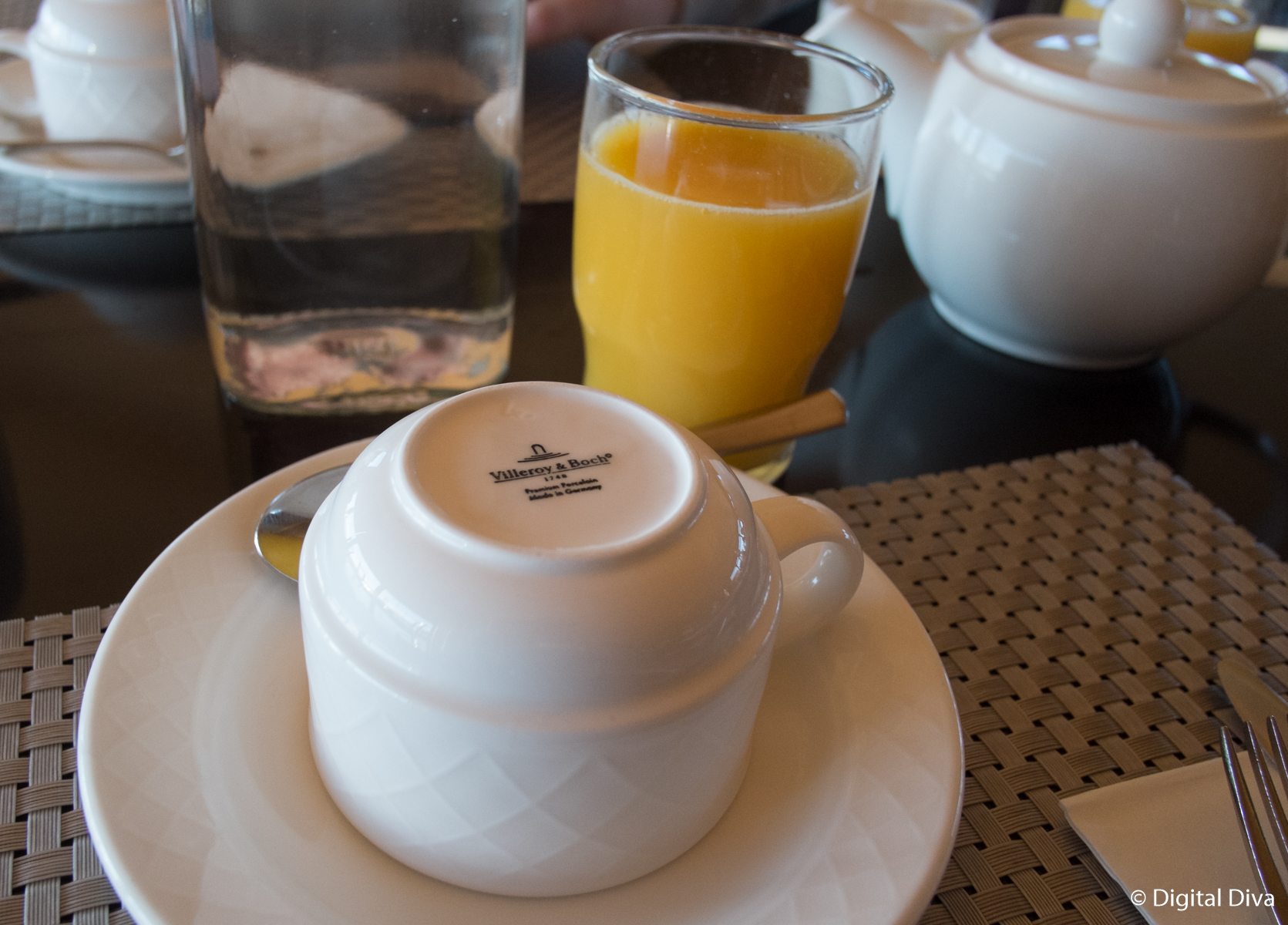 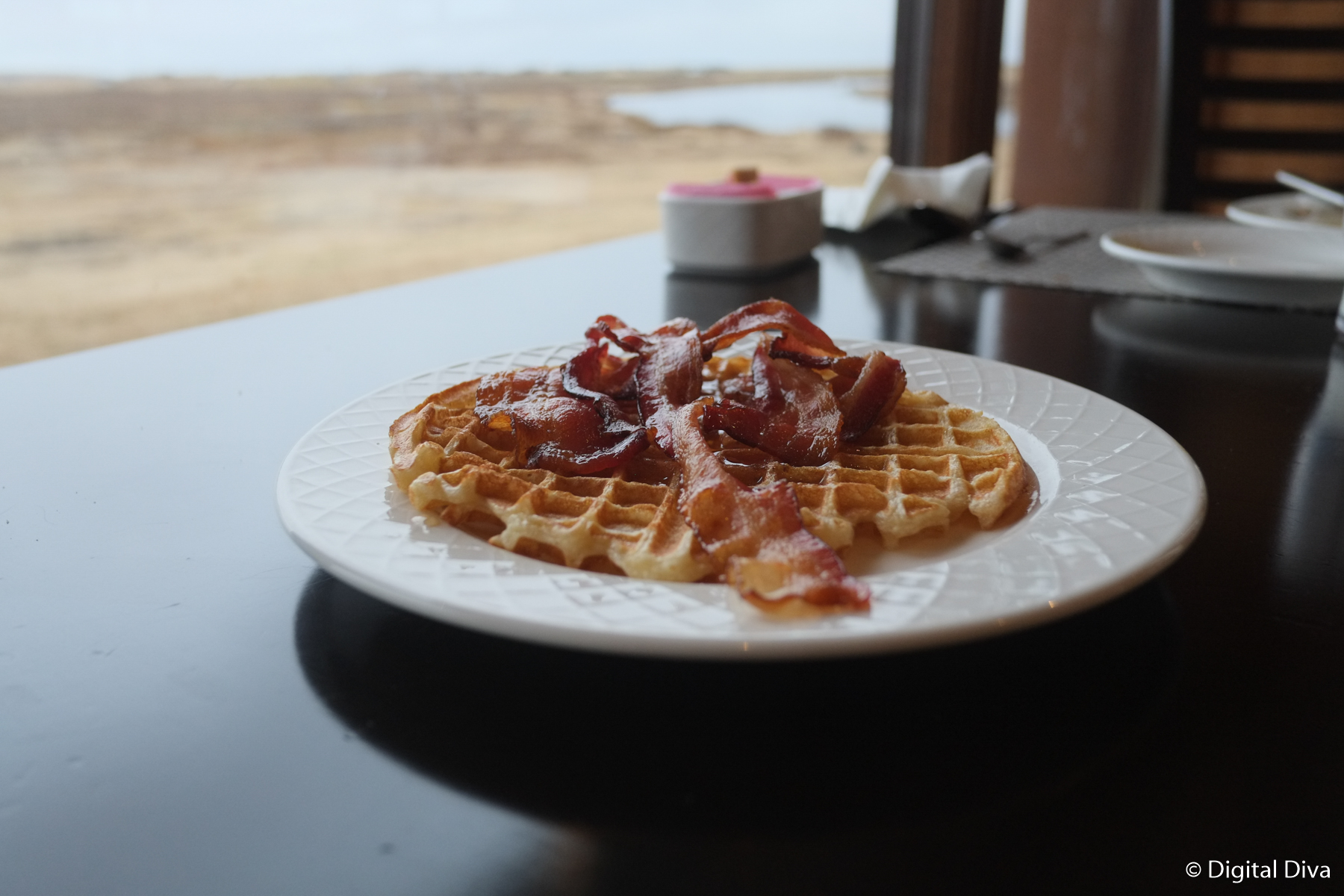 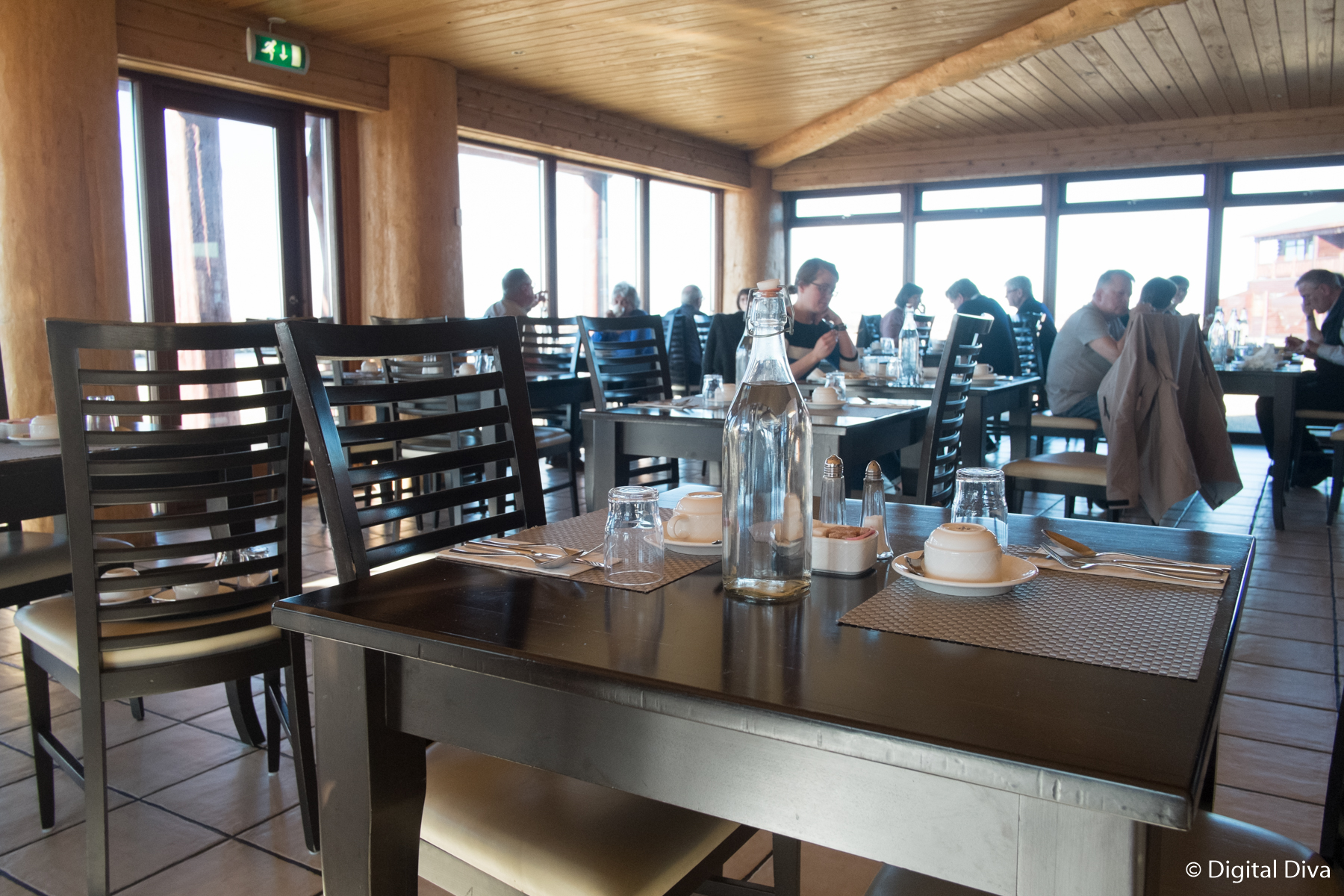 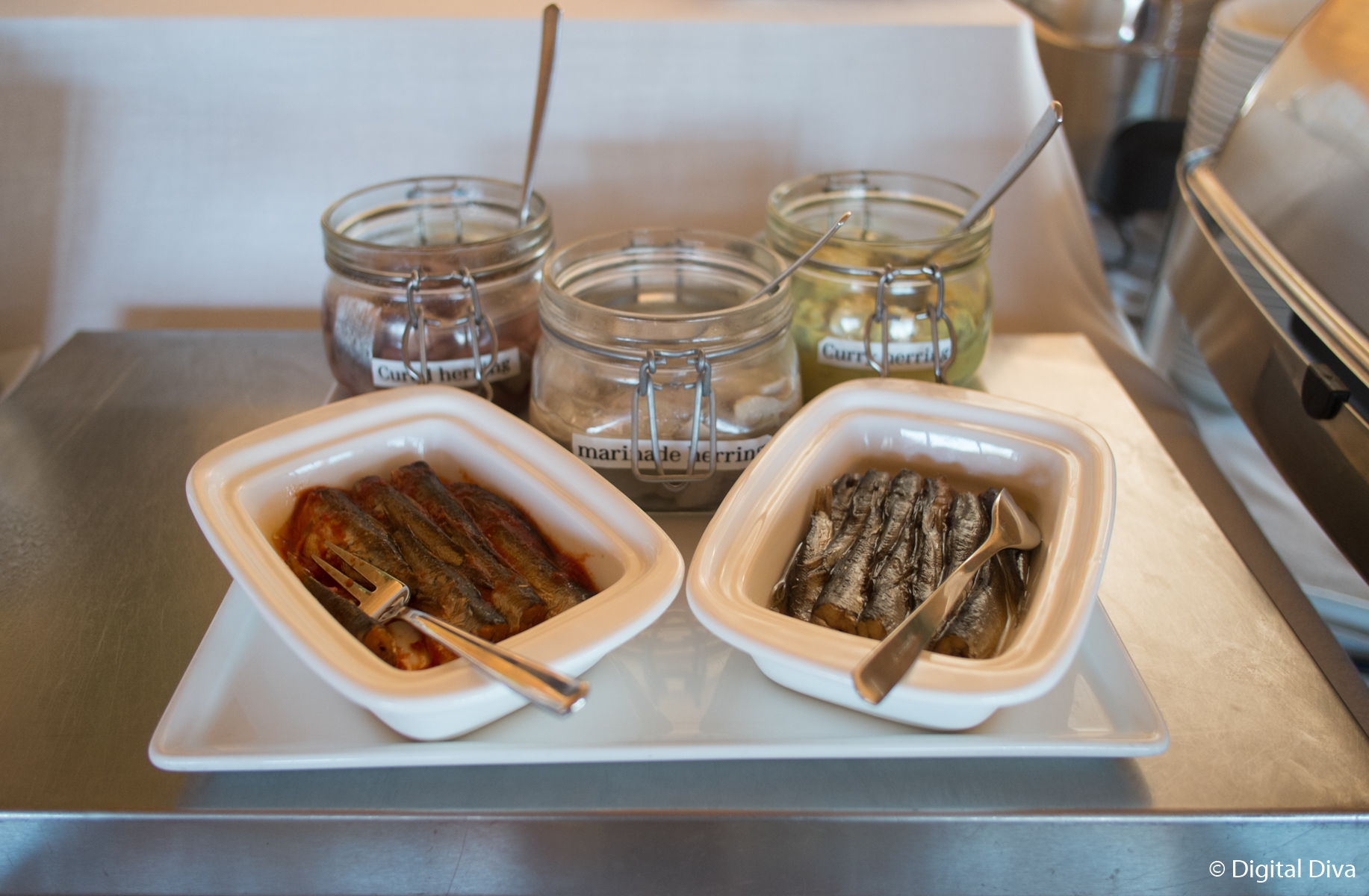 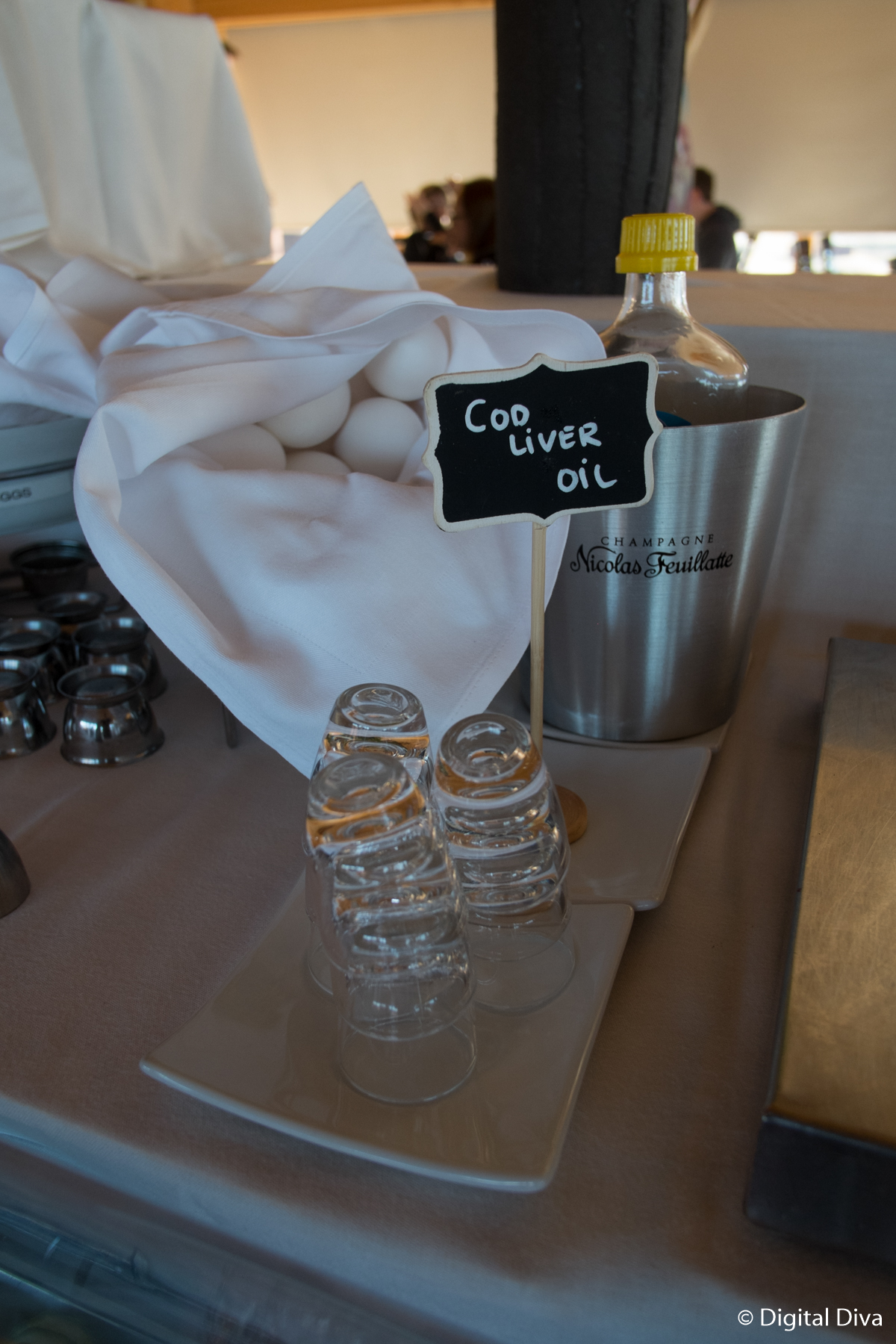 One of the most famous features of Hotel Ranga is the wakeup service for the Northern Lights. If they are spotted during the night, they will call the phone in your room.

It was our last night and I’d lost most of my hope of spotting them…the nights had been full of clouds, but this night was very clear. I looked at the aurora forecast which said it was only a 2, which meant if they did appear they wouldn’t be very active.

We did get the call at about 11:30pm and I rushed out to see if I could see them…then promptly rushed back in to get more warm clothes on because it was freezing! They do provide warm overalls to wear, which was much appreciated. 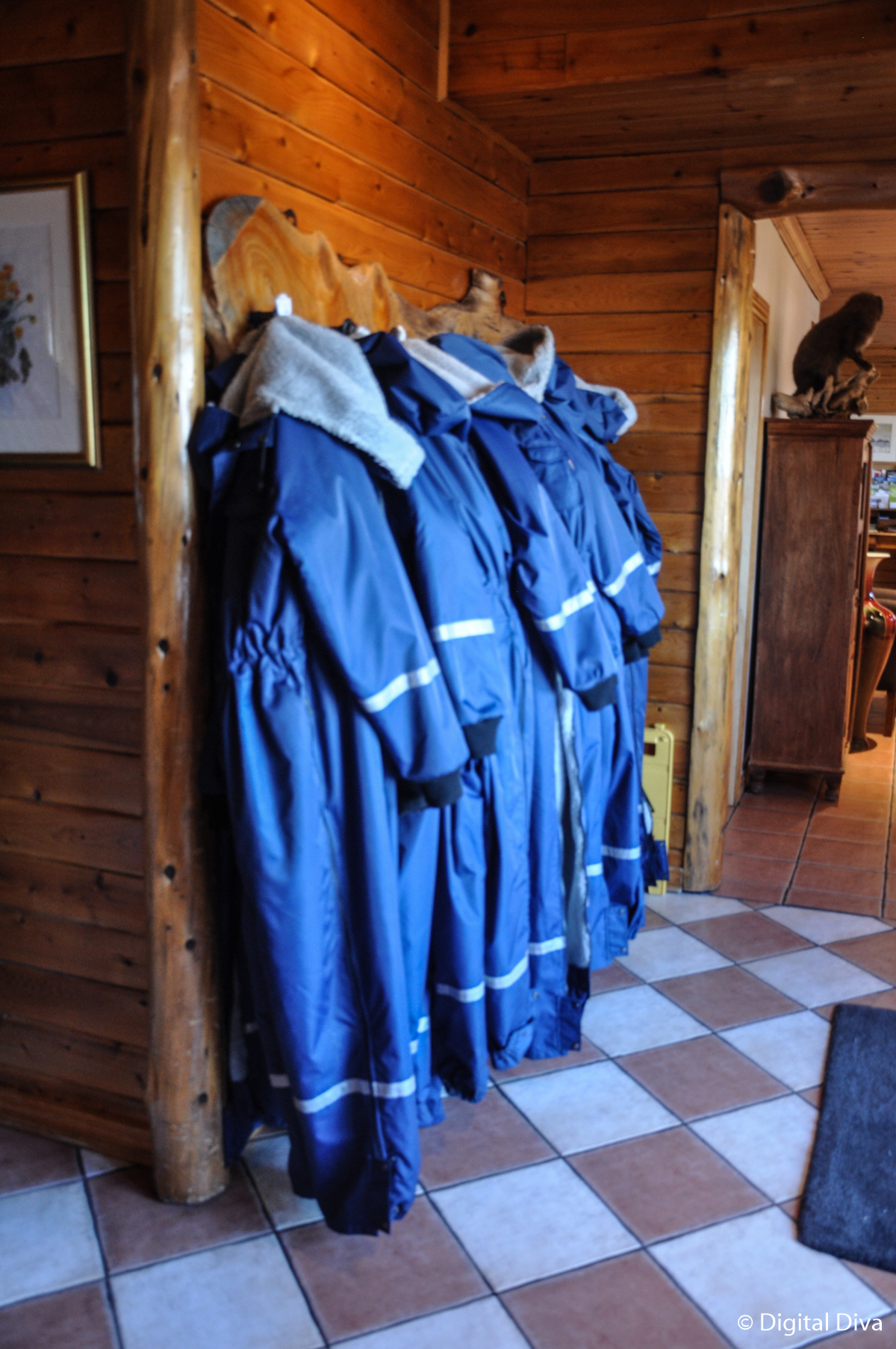 So we did get to see the lights, which after an amazing day out visiting Jokulsarlon (check out my ‘5 must see things in South Iceland‘ post) just finished off the day beautifully.

I didn’t have a tripod with me (rookie mistake!), so my pictures weren’t great. At the same time I do feel there’s no point competing with all the other amazing photos of the Northern Lights. I saw them, they weren’t as bright as they could be, but they were still beautiful…changing and dancing a little in front of my eyes. 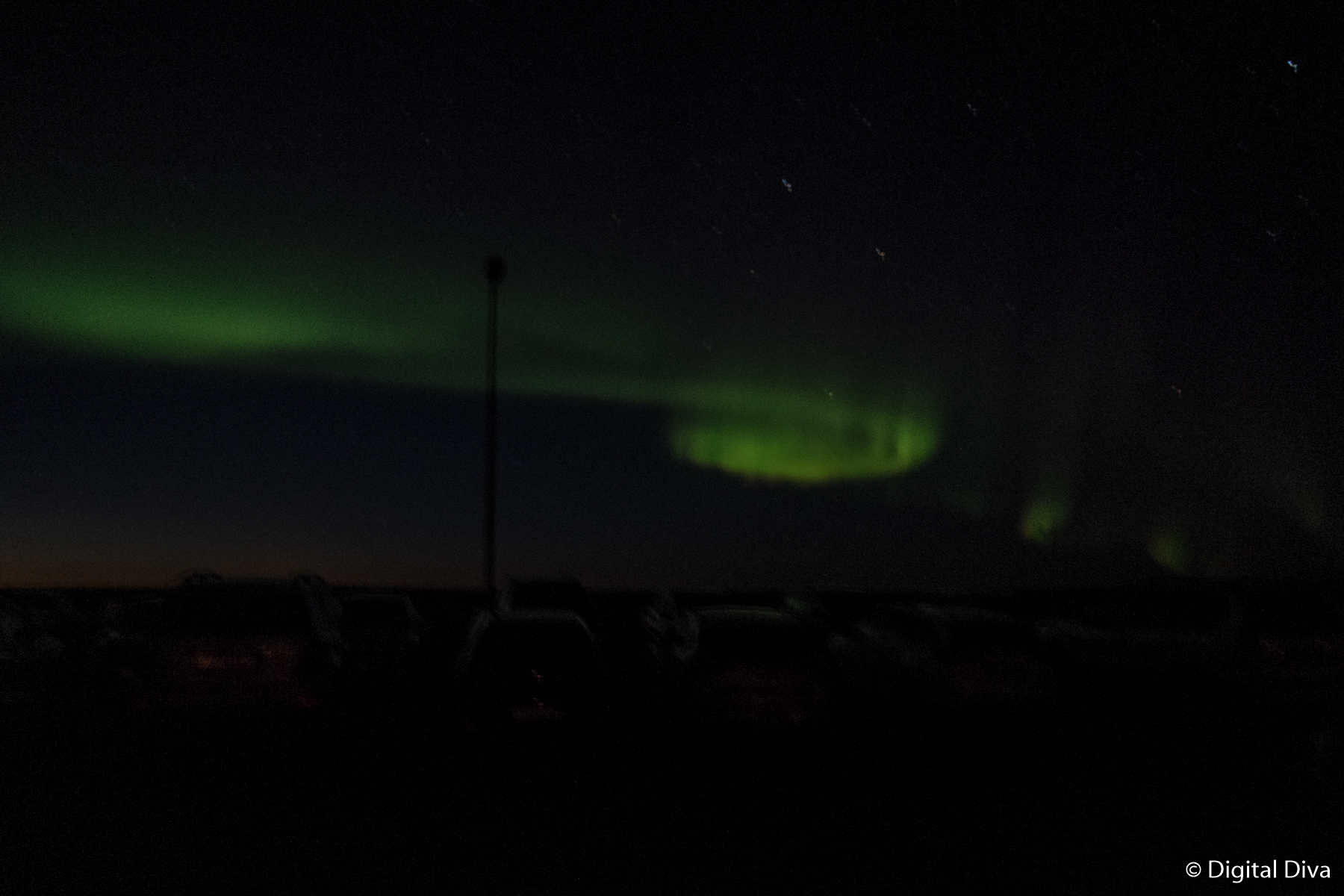 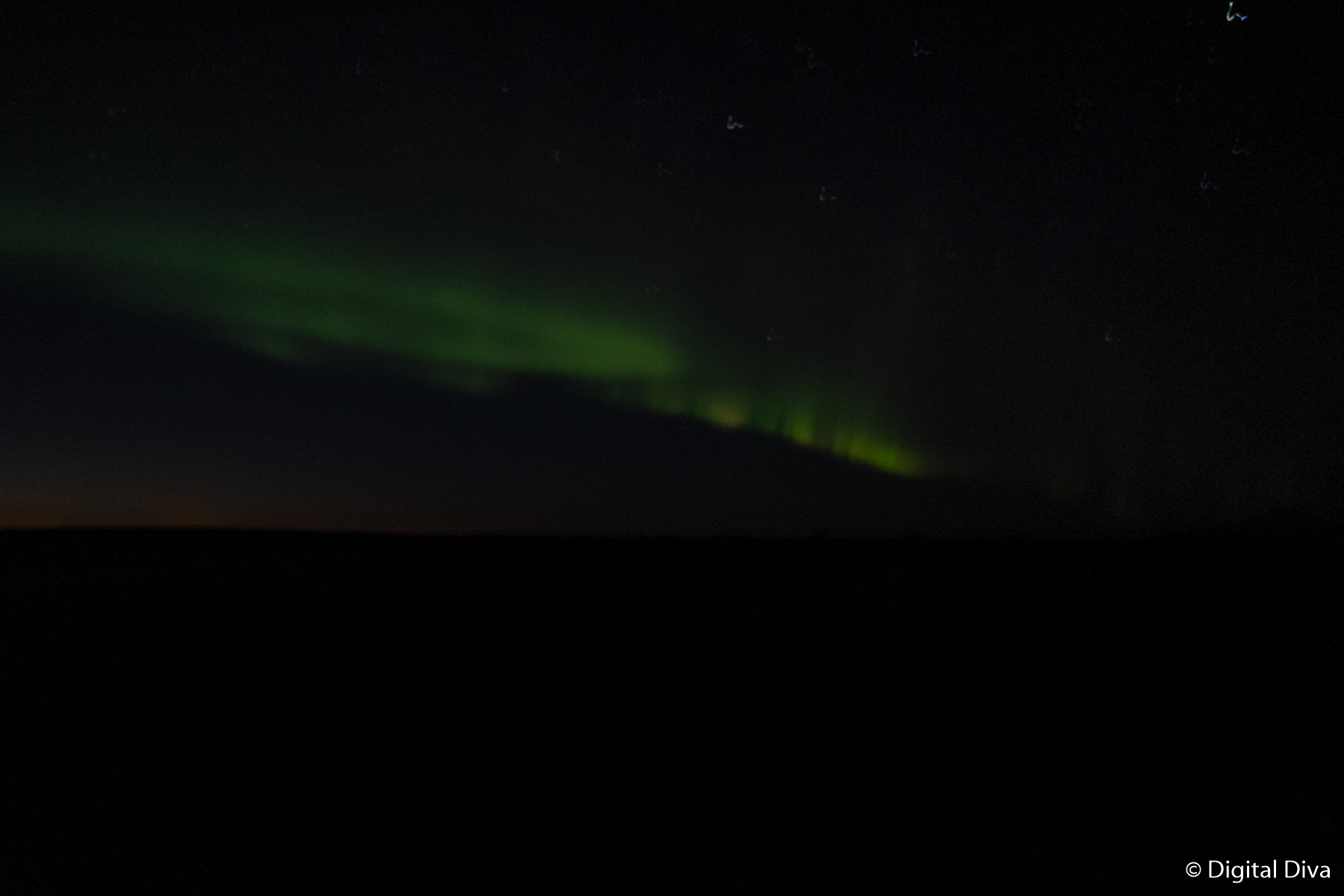 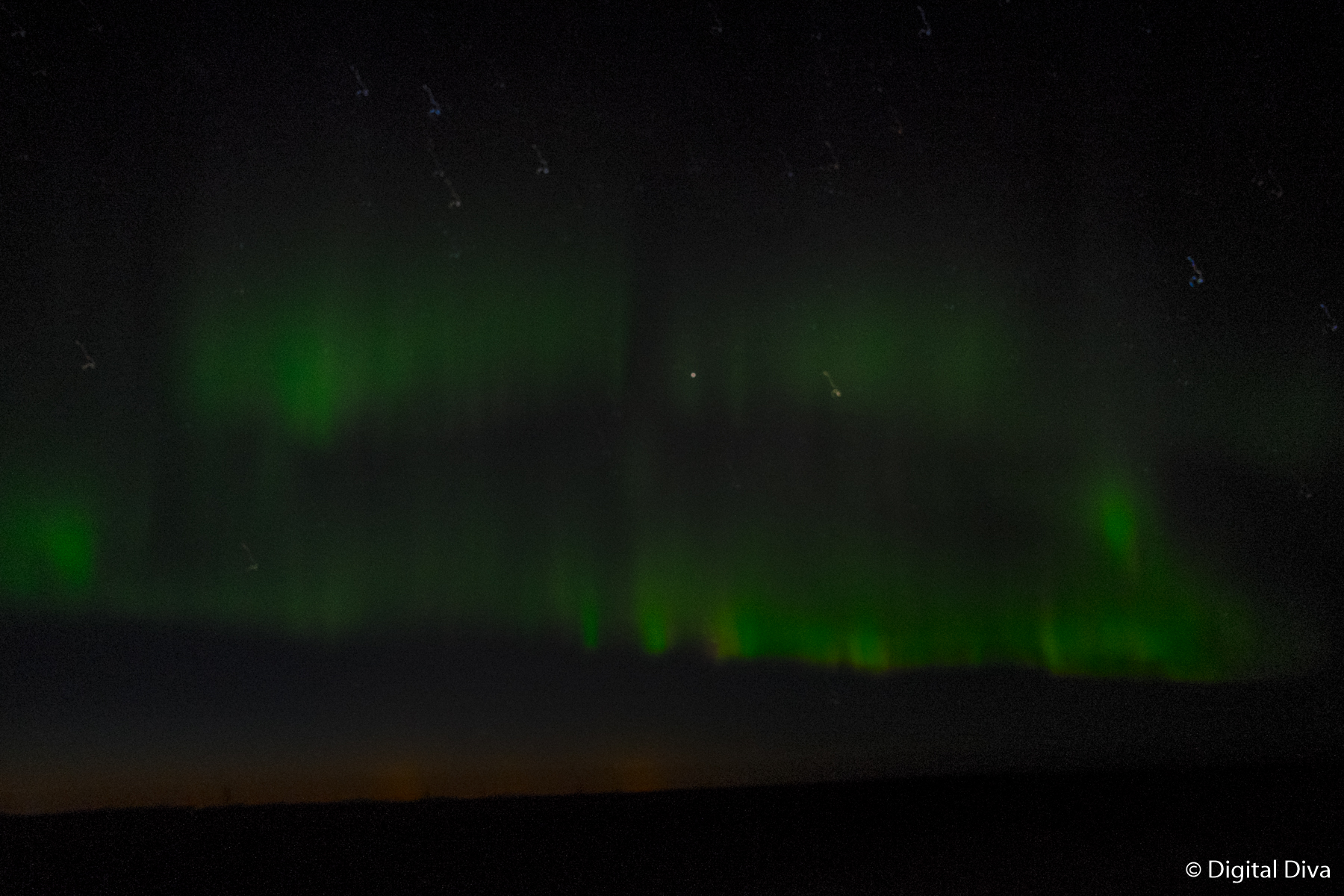 We were actually just about to go out to visit their Observatory when the lights came out to play. I’m a little sad we didn’t get chance to see that (they had an expert in there talking to hotel guests about the starry night), but it was gone 1am nearly when I crashed out after feeling I’d watched the lights enough.

Like I said, the location of Hotel Ranga is great for exploring Southern Iceland. You’re in driving distance to quite a few beautiful spots including the Golden Circle (Gulfoss Waterfalls, the Geysir and Pingvellir) and The Secret Lagoon.

We also did the big drive across the South Coast of Iceland to Jokulsarlon, seeing a few amazing waterfalls on that way and eventually getting to the glacier lake. The icebergs crashing onto the volcanic beach at Jokulsarlon was one of THE MOST BEAUTIFUL THINGS I’VE EVER SEEN.

Take a look at that plus lots of the other sights…and of course, a look around Hotel Ranga:

So, would I recommend Hotel Ranga?

It’s pricey when you add up the cost of the room, food and drink…and if you have a massage too. But, if you’re looking for a wonderfully relaxing stay in a beautiful place with excellent food…a great location for exploring…and one of the best chances of seeing the Northern Lights, then this is the hotel for you.

You can book online directly with them here: www.hotelranga.is