Regular readers will know that we recently moved to a Grade II listed early Victorian house. The process, I have to say, was pretty stressful…but worth it, in the end.

Moving house is never fun, whatever the situation. We had only started our search for a new house when we found this one. We’d only set a few Right Move alerts up and been to see one or two houses…nothing was really doing it for us until we spotted ‘the one’. On the listing, it looked a mess…the photos were dark and unfocussed, the garden looked wild and unruly. But there was something about the outside of the house that made us both say “wait a minute”.

We saw the house and although it was beautiful, it was a mess. Uninhabited for a few years, it needed a lot doing to it. I don’t just mean a bit of decorating, it needed a LOT of money spending on it to bring it back to the house it once was.

This was the living room… 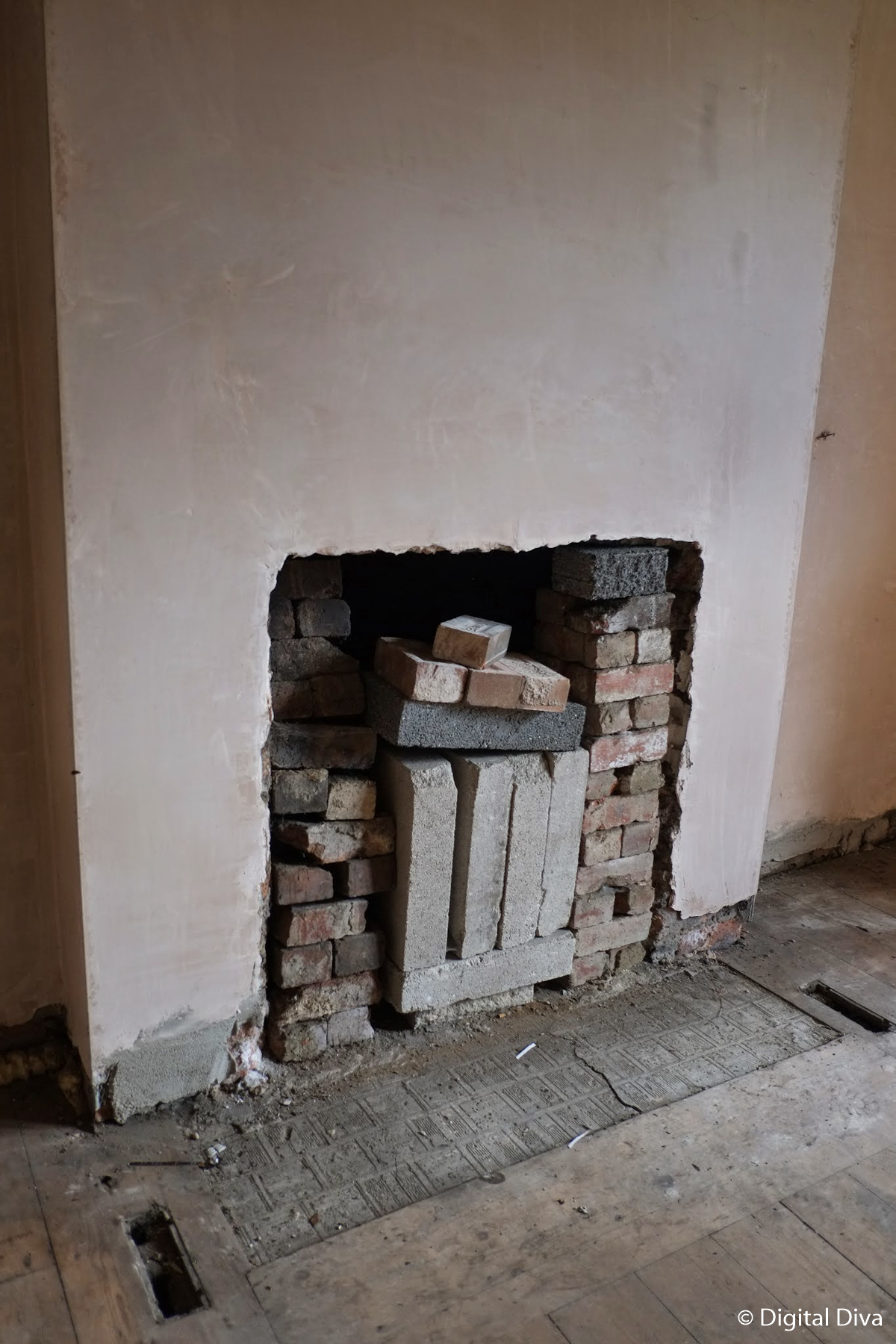 I took a few Fyuse photos (panoramics), here you can see the living room (click or touch and drag around to see):

The plaster was terrible throughout the house, the fireplaces were all a mess and the original windows (ones the previous owner hadn’t, illegally for a listed building, replaced with uPVC) were in a state. 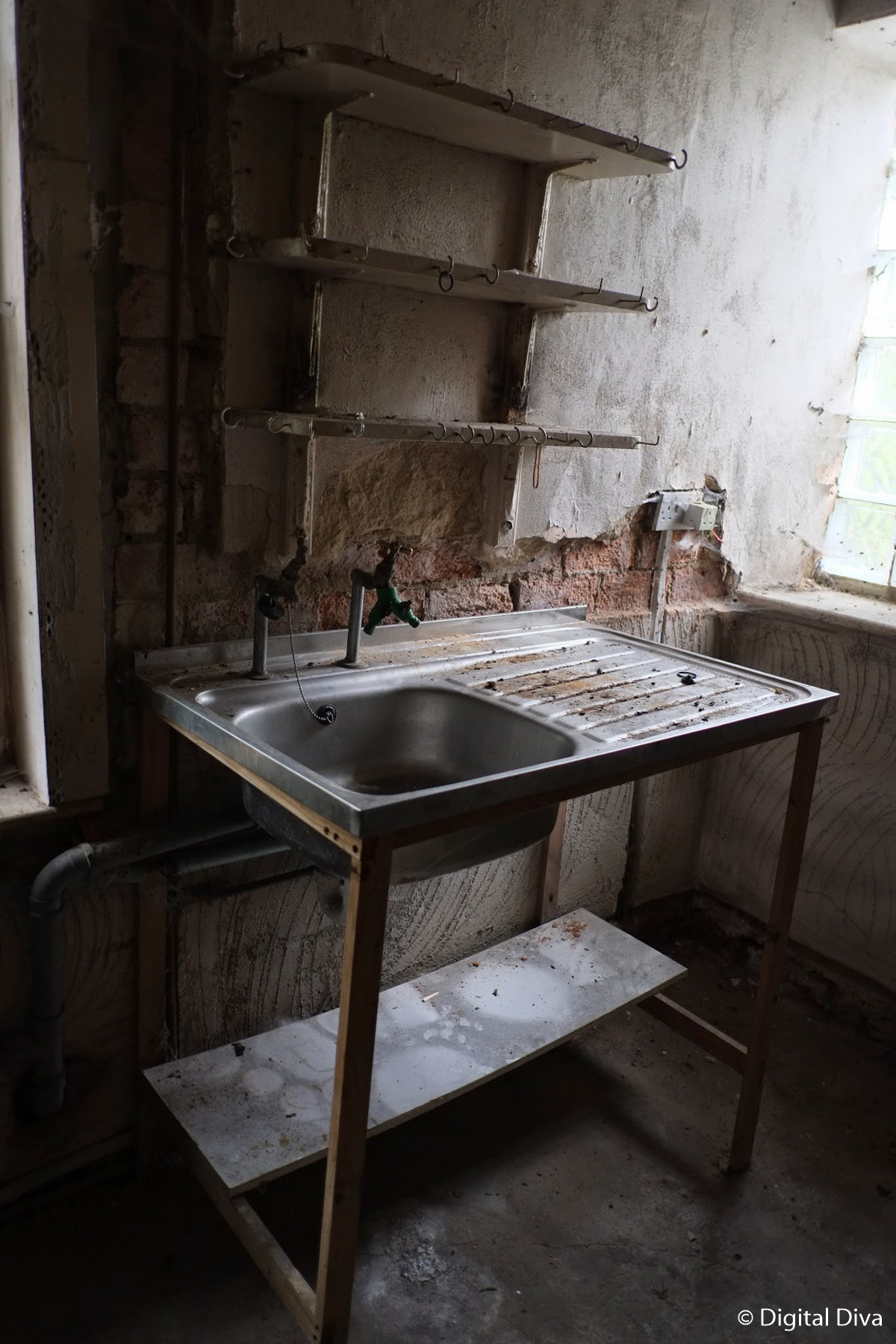 The kitchen showed off a gorgeous big open fireplace and a beautiful York stone floor, but it was still a state. No working kitchen was in place, just this fireplace and a cupboard. 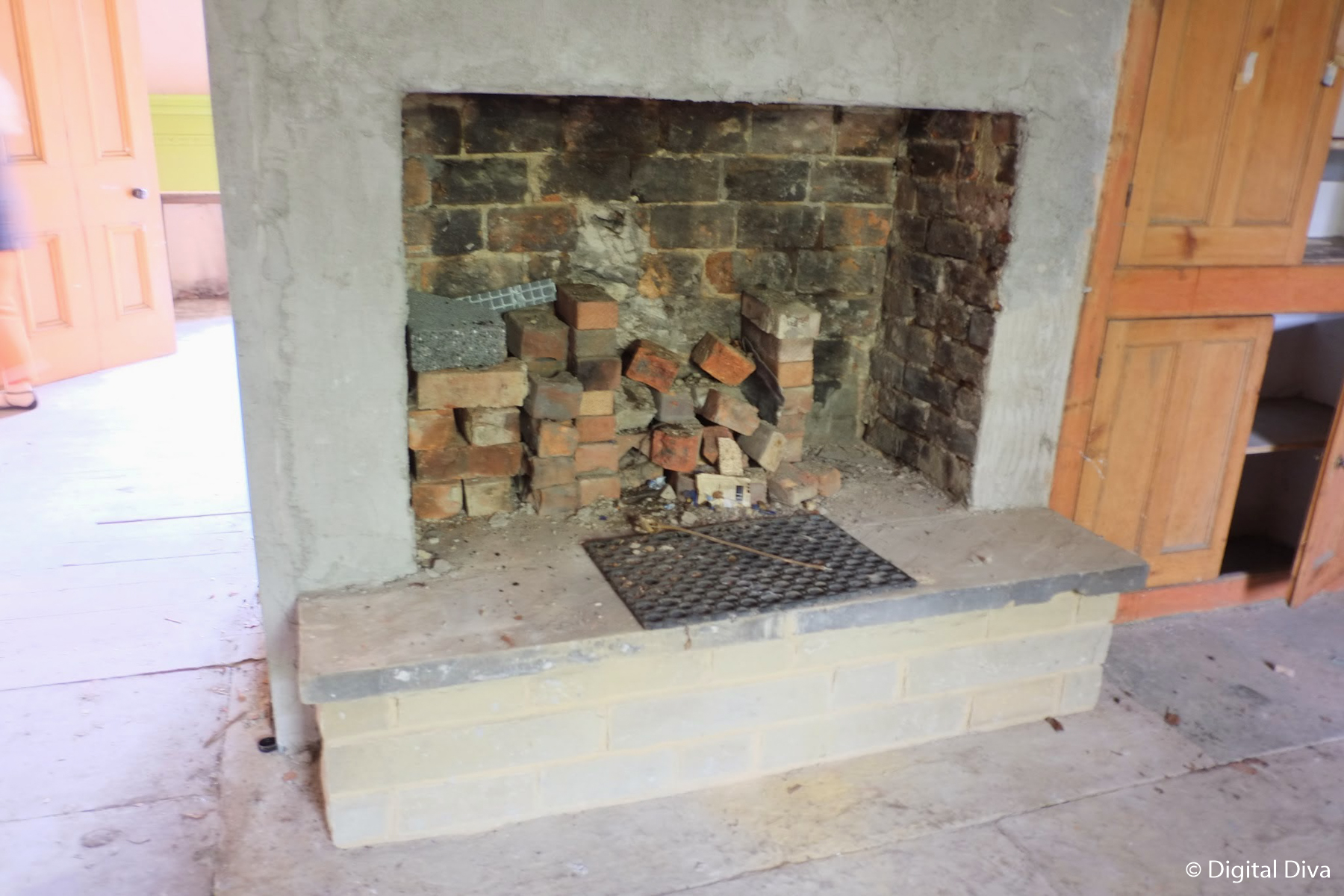 The kitchen felt dark and oppressive.

The hallway was just as bad as the rest of the house, lots of botched plaster…a staircase with woodworm….but again the York stone floor was lovely. 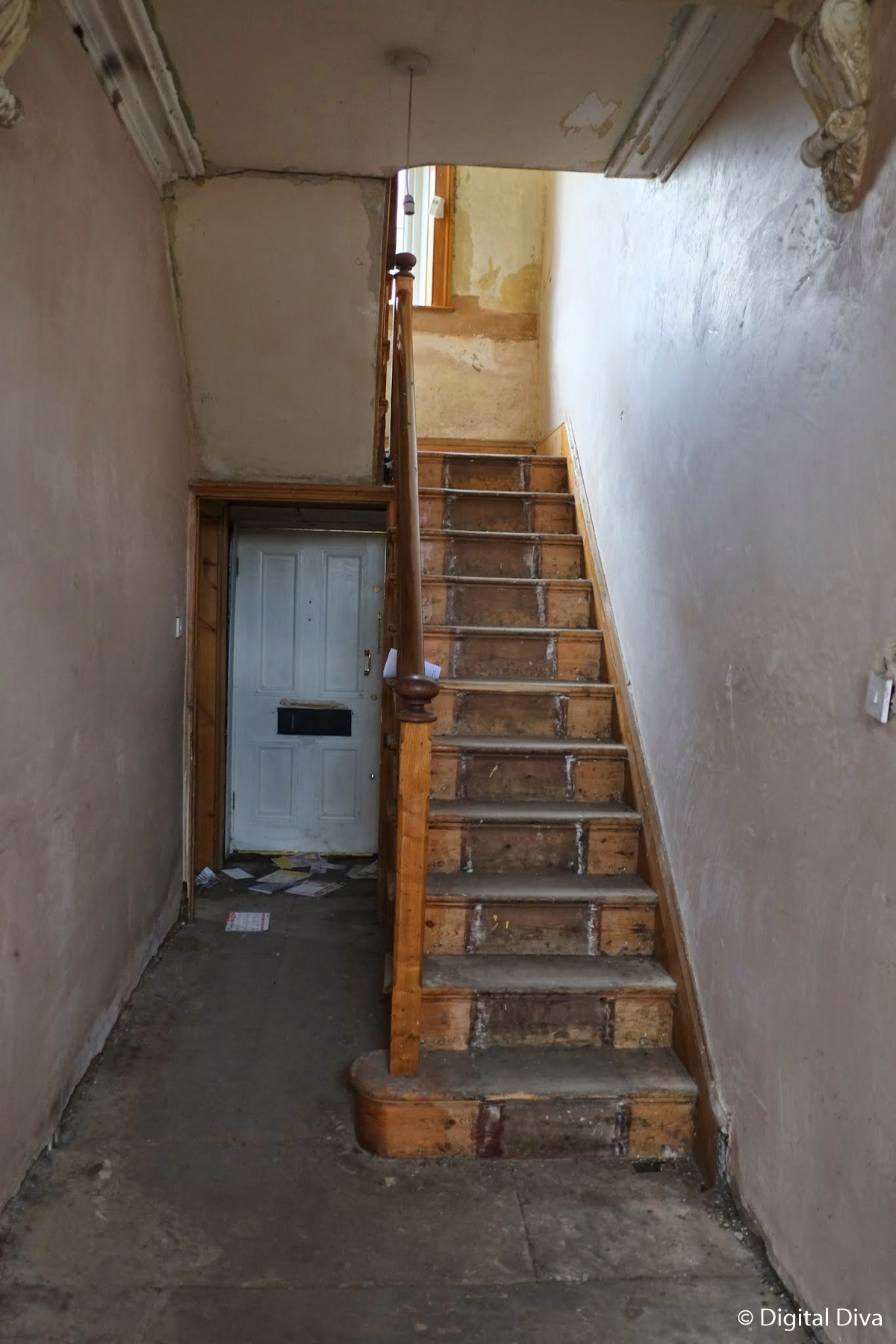 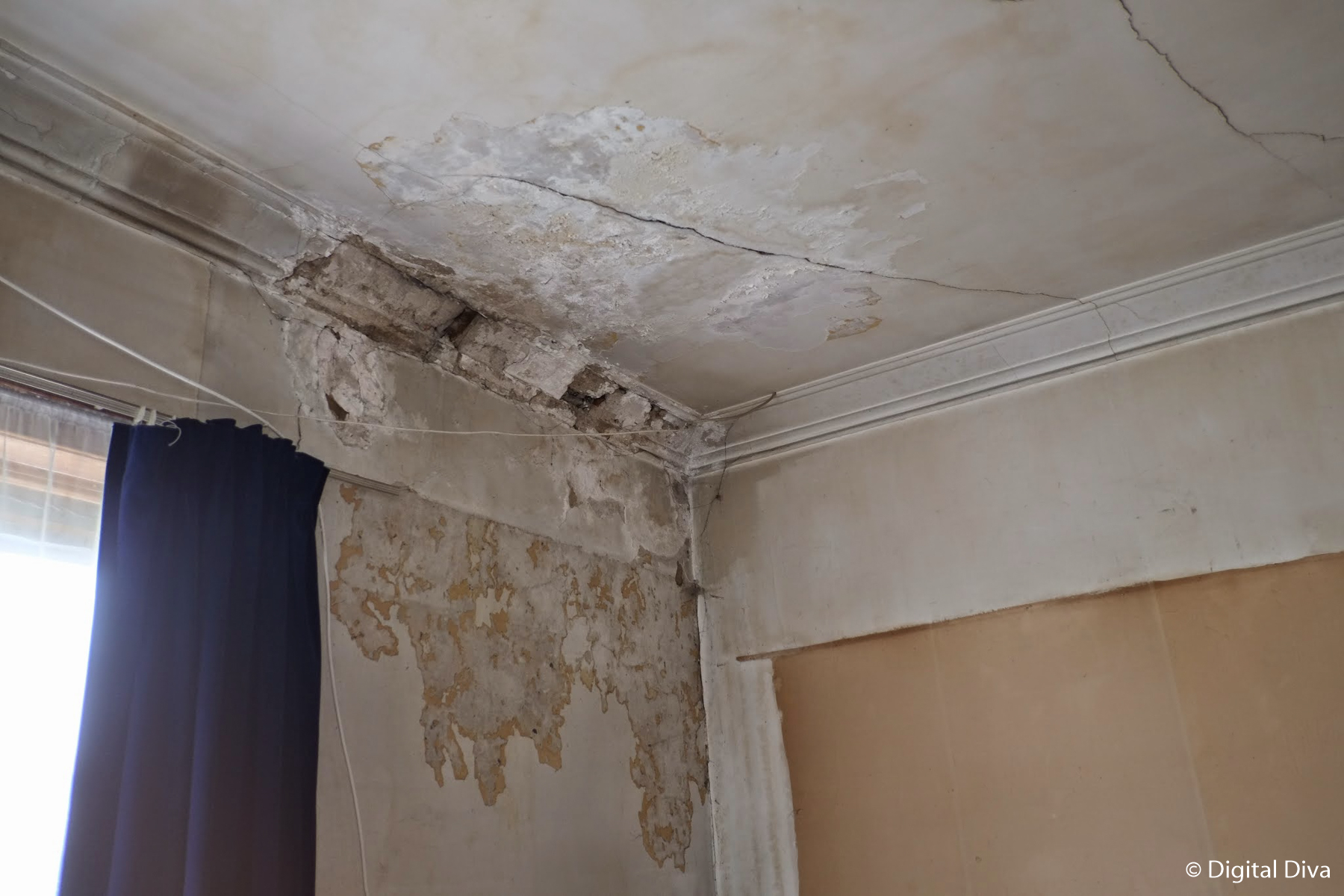 Bedrooms were either weird makeshift bathrooms…

…or once forgotten libraries: 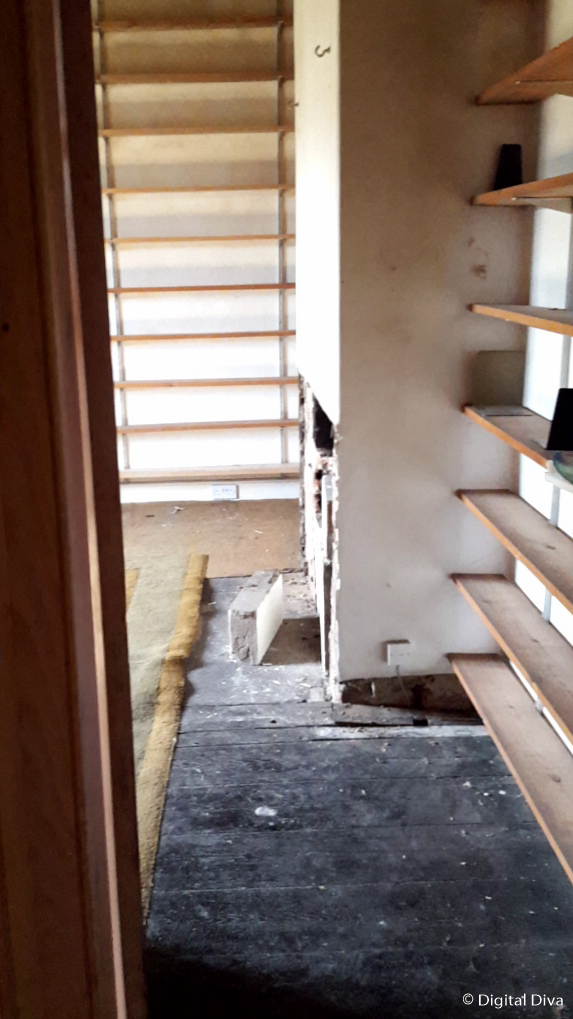 The attic was a sorry mess… 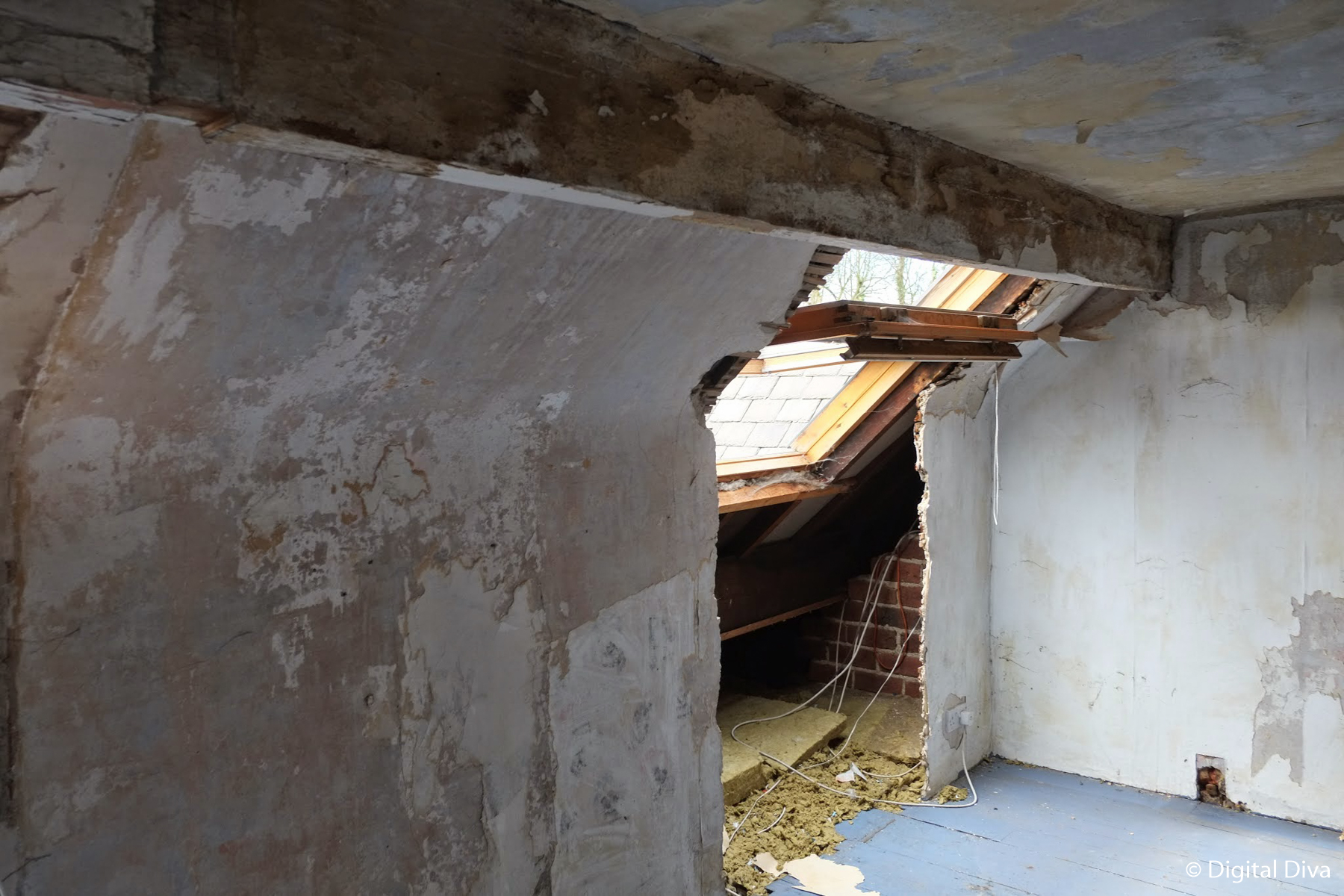 The bathroom was tiny… 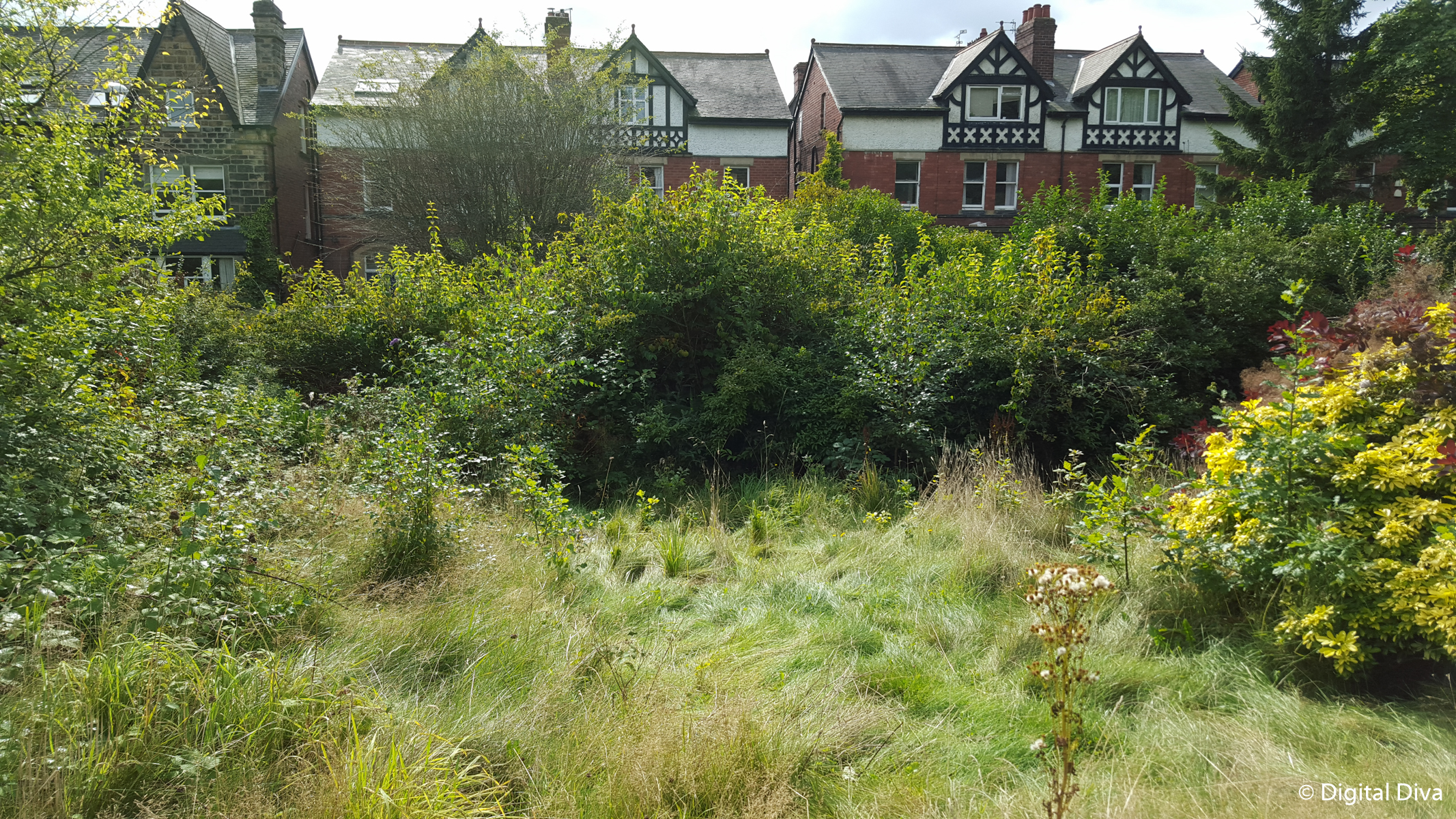 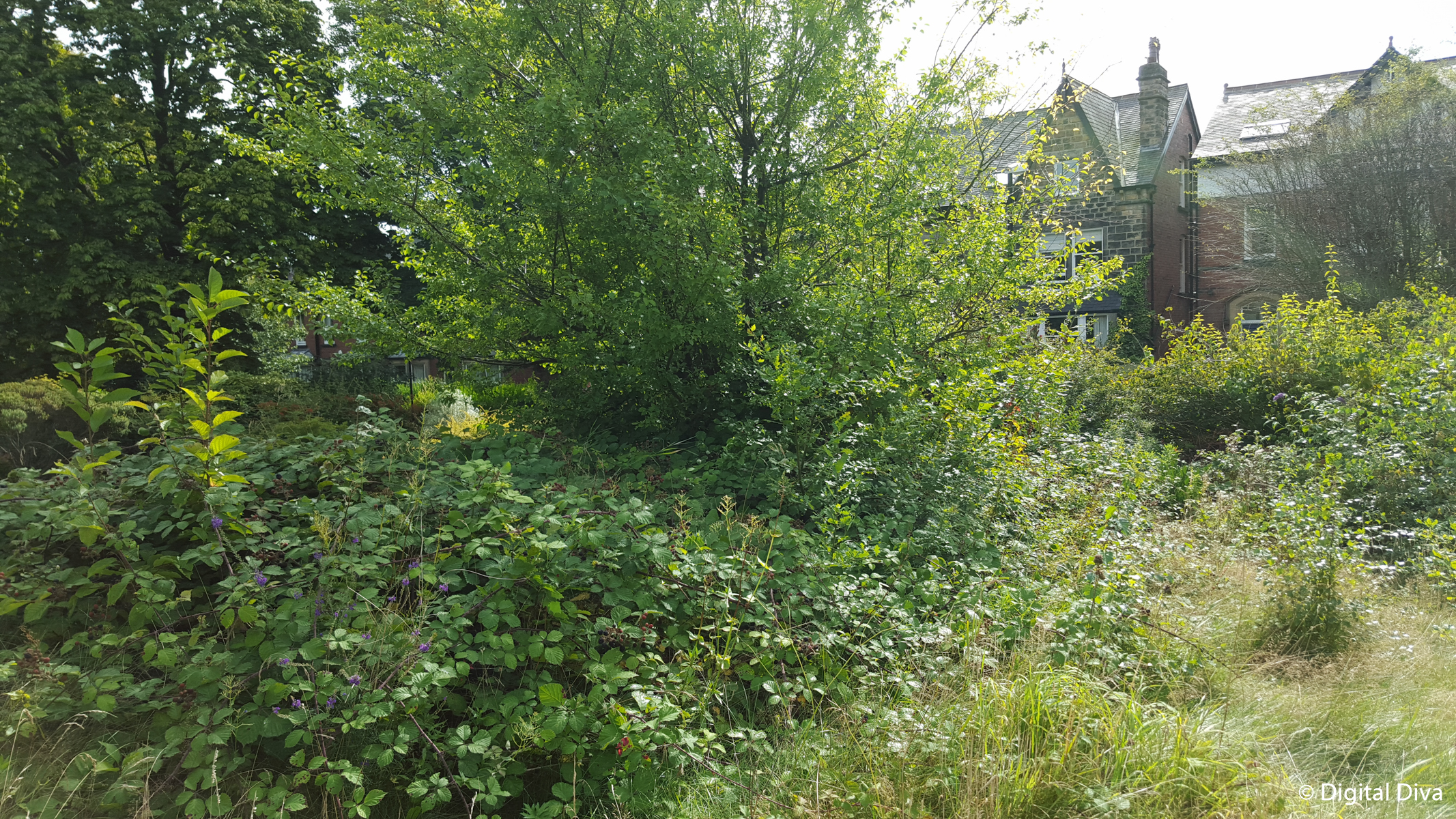 Despite ALL of this and friends that came to see it thinking we were mad, we loved it! We could really see the potential…it was such a handsome house, it *just* needed a lot of work to make it lovely again.

We put in an offer which was accepted. However, a massive hurdle came when our mortgage company pulled out because the house was such a state.

We lost the house

We couldn’t to afford to buy the house for cash AND have enough to bring the house up to a liveable standard. We walked away dejected and sad.

The house went back on the market and sold. On the off-chance, we enquired about who had bought the house and realised it was a property company who were intending on renovating it and selling it on. Bingo! We talked them into selling the house to us at the end of the renovation. Phew!

We got the house back

It wasn’t all plain sailing though…the property company were very experienced, but there was a LOT to sort out, many decisions to make on the spot, lots of solicitors, planning interventions (renovating a listed building is trickier than a normal building, lots of regs to adhere to)…

We nearly lost the house again

…and a great many sleepless nights when it all very nearly fell through a month before we completed, due to both us and the property company being sick of each other.

We were exhausted from the daily slog through it, as well as the usual stress that comes with selling another house, my house. I’m a strong person who has been through a lot, but the process had really tested me. I talked about it a little in this previous blog post, but only after did I truly appreciate what we’d been through. I was effectively saying goodbye to my house of thirteen years which I’d bought with my previous husband and then bought him out of…it was my safety blanket and I felt raw and tired out.

Six months after we started the process

We went into the last month. That last month was sheer hell.

The solicitors selling my house were beyond useless and ensured that exchange and completion was full of hiccups right down to the wire. On the day of exchange I had to call them every 15 minutes to check they’d done what the needed to do.

On completion day, we sat in my house…having sold it…so we were effectively squatting, with no confidence that my solicitors were going to transfer the monies through two more sets of solicitors in time to get us into the new house by the end of the day.

It was a Friday.

We were very nearly homeless for a weekend. Friends and neighbours very kindly started offering their spare rooms to us…but where would we put all our stuff?

Thankfully, just as the banks were closing for the day, the money reached the end of the line and we were finally in.

Our movers had the unenviable task of moving all of our three bedroom house to the new house before the end of the day. I have plenty of “stuff”. We’d had several massive clear outs, but still….there was four big Luton vans. It was pretty stressful (understatement).

At 11pm, we finally collapsed, everything was in the new house. I laid in our hastily set up bed, eyes wide open, hoping we’d done the right thing. Every little noise frightened me, I felt like I was in a stranger’s home and cried myself to sleep.

Remember, I did say it was worth it though…..

Stay tuned for what the house looks now.