I’ve been trying out the Logitech Type+ iPad Air Case for the past few weeks and if you’re on the lookout for a new case for your iPad Air, then this review is definitely worth a read! It’s my first post in my ‘tech’ category, which is pretty crazy as I’m a total geek! (you CAN be a geek AND go to London Fashion Week you know!) I love gadgets, phones, cameras etc. so I’m going to be talking a bit more about this on the blog.

Logitech asked me to review one of their iPad cases and kindly sent me their Type+ case. I took a few pics as soon as I got it out of it’s packaging and I’ve been using it a lot over the last couple of weeks to see what I do and don’t like about it.

I was really pleased when I got it straight out of the box, it has a slender design. One of the great features of the iPad Air is that it’s nice and slim. However, it can be pretty hard to keep an iPad nice and pristine without a good case. Especially when you use your iPad as much as I do (I use it at work for email and keeping notes in OneNote, for blogging and also reading) and when you keep your iPad in your handbag mostly, like I do. 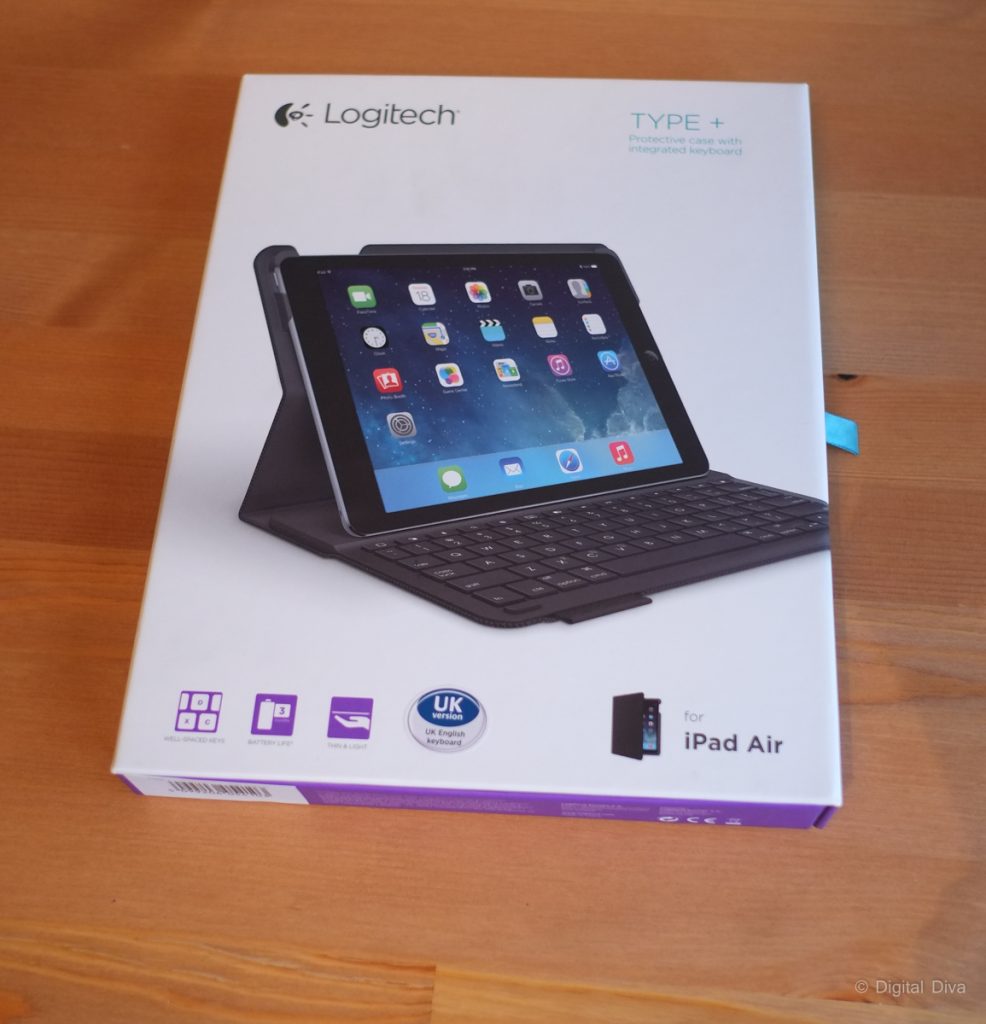 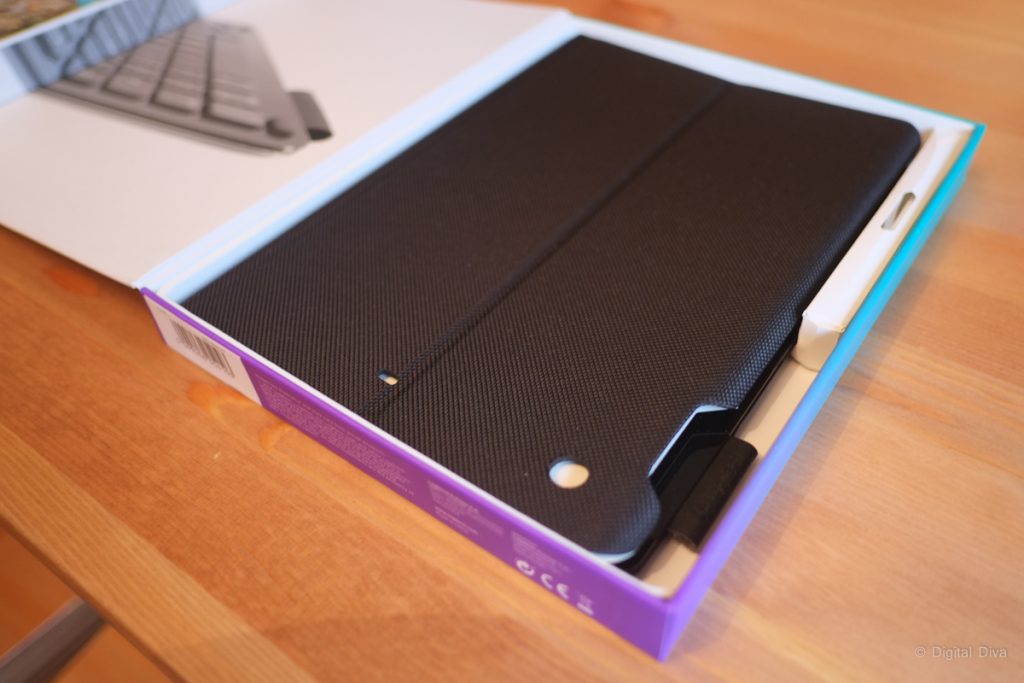 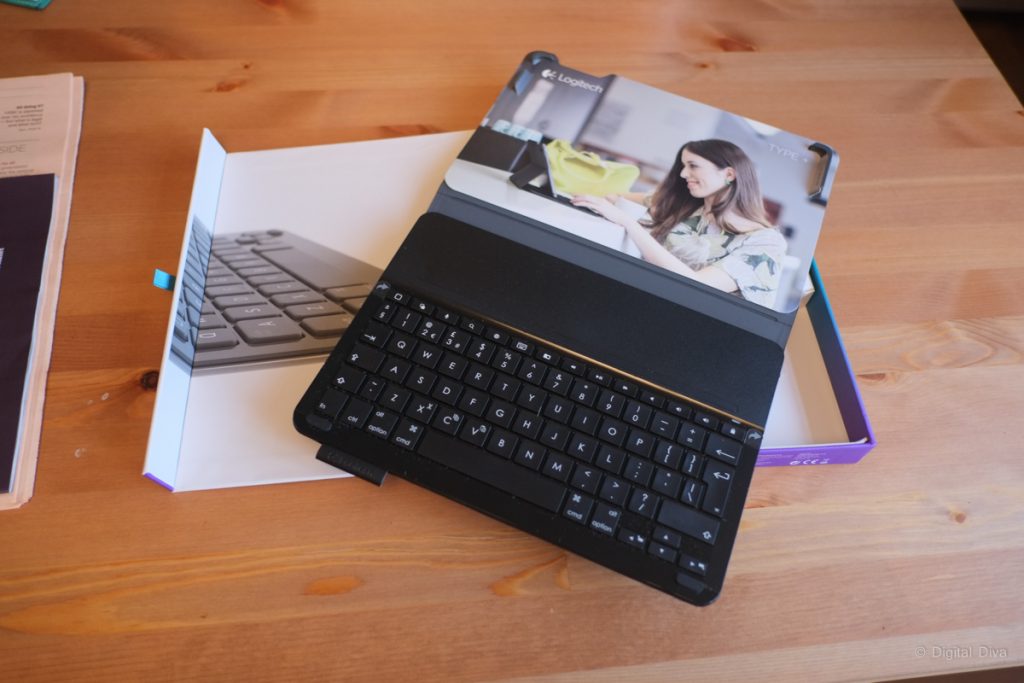 A little better than my previous (cheap) iPad case, huh? 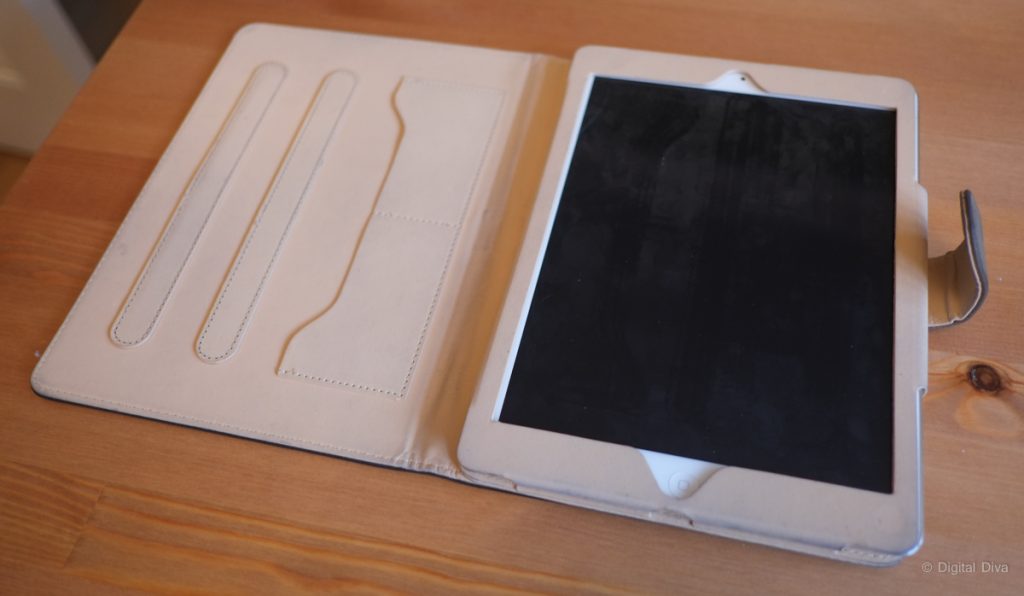 The Logitech Type+ iPad Air case has a magnetic strip which ‘locks’ your iPad in place to effectively use it like a laptop. The keyboard connects to the iPad using bluetooth. It was very easy to set up, just a few clicks and I was using it. 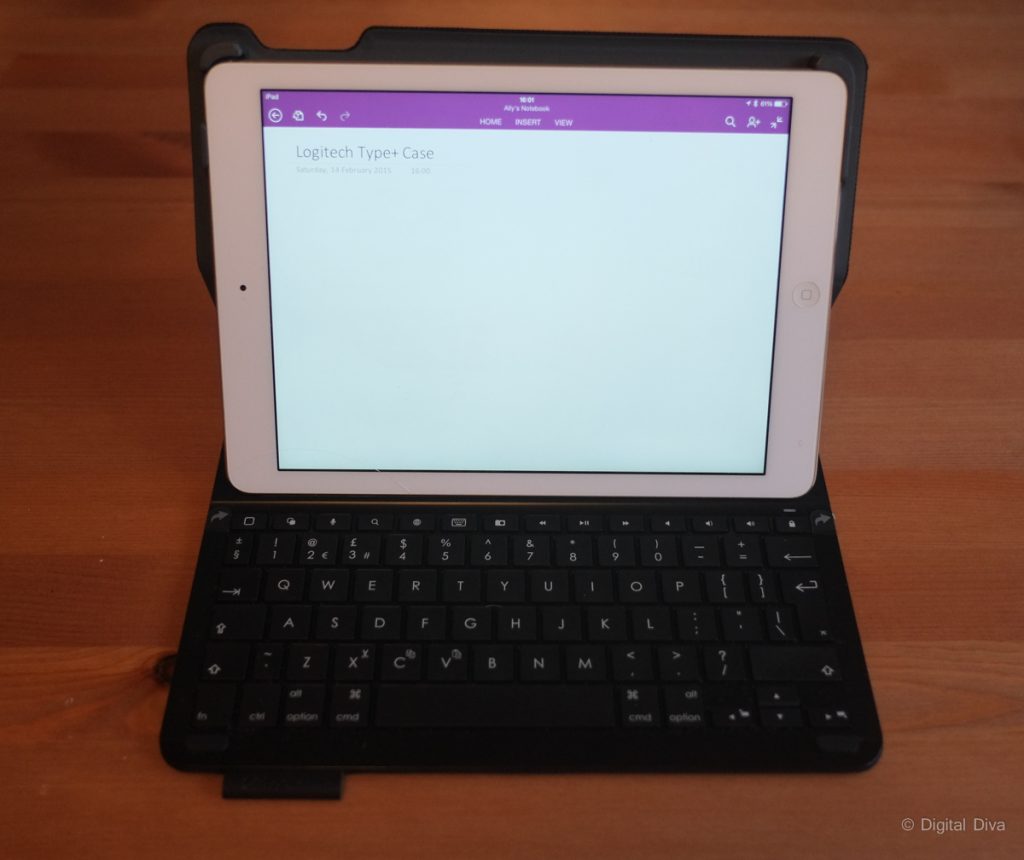 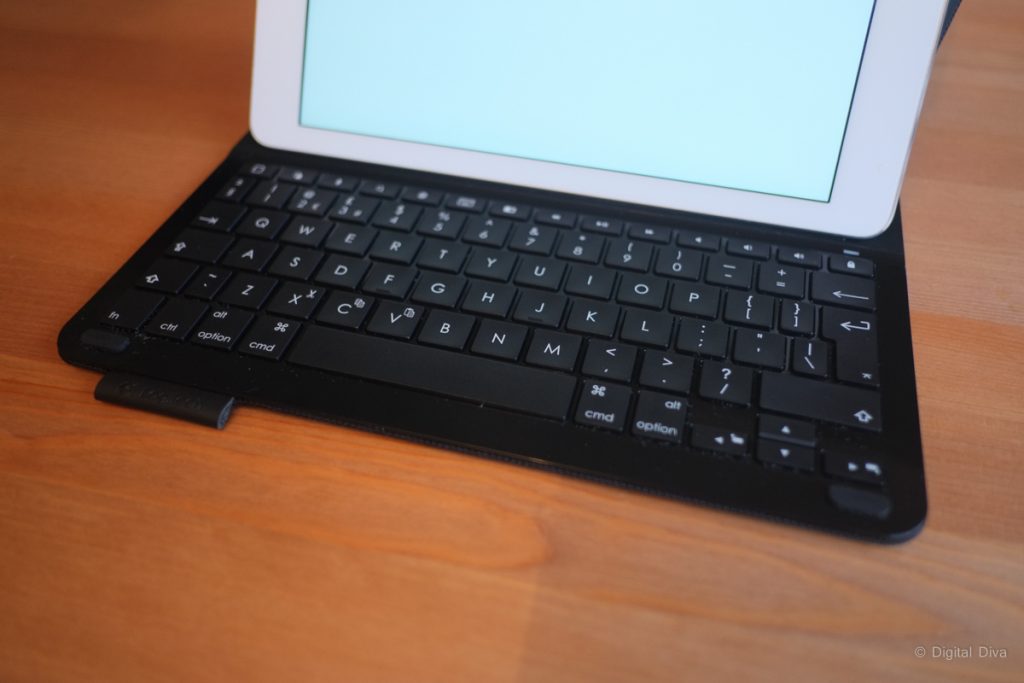 At first, I did keep accidentally keep hitting the ‘lock’ button is right next to the backspace button. After a few days of using though this became a lot more rare. I’ve found that the keyboard on the Logitech Type+ iPad Air case is very well made, it feels really nice to type on and isn’t noisy at all. 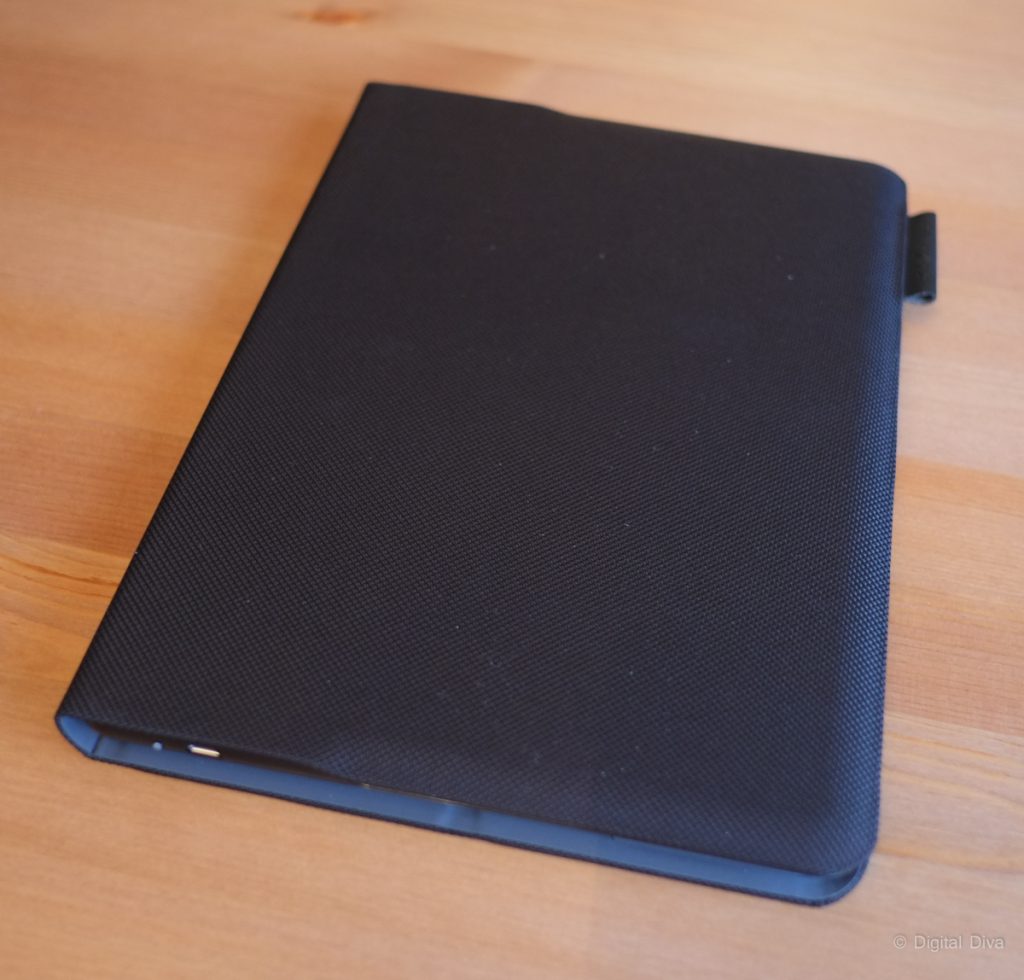 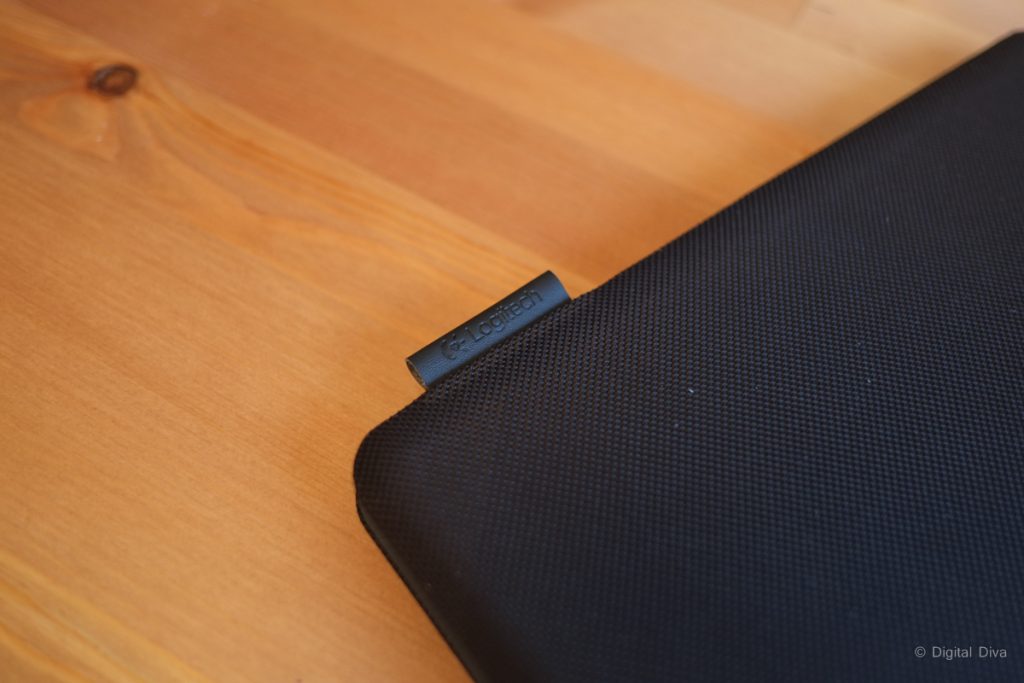 The edges of the Logitech case have frayed a little after a few weeks of being well used, it doesn’t bother me and I’ve just snipped the edges. Another slight downside is when you don’t want to use the keyboard (e.g. browsing a magazine, checking emails), then it doesn’t feel quite as nice to hold the iPad Air. However, neither of these two things bother me at all. There would be no way of getting around holding it portrait, other than taking the iPad out of the case, which I could do…but honestly, I’m too lazy.

I have to say that I’m really loving my Logitech Type+ iPad Air case. It’s a lot better than the case I used to use and I’d definitely recommend it.