It’s been about a month since I first professed my love…ok, maybe not love….but ‘like’ for running. This had come as a bit of a surprise to me because I’d tried to like running several times previously and it just hadn’t happened. This time, though a combo of pacing myself, mind tricks and running with friends all helped to get me running at least once a week. 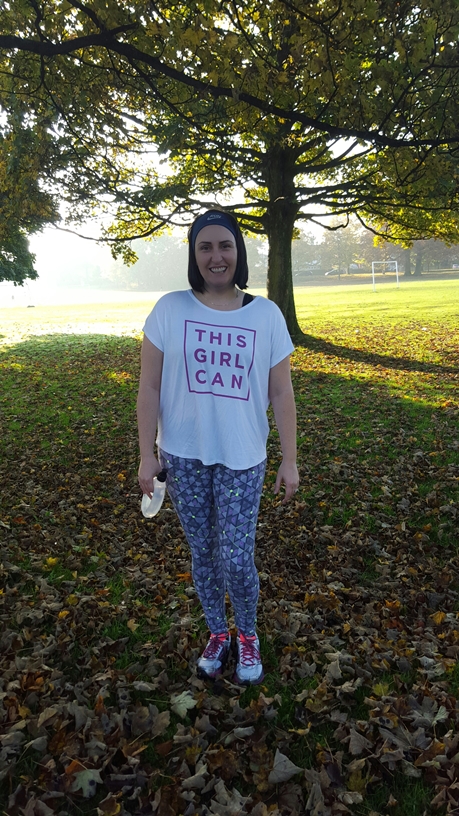 Since then, I’ve still been running, even managing 6k one evening (not constant running, I’d say about 70% running)… but I admit I haven’t been great over the past week or so. I’ve had tight hamstrings and a very tight IT band (that’s something on your leg, not a weird music ensemble made up of geeks).

I tried to go for a run last Monday evening, but it was a bit of a #FAIL. I ached and my head just wasn’t in it.

I felt a bit crap about that and wondered if my motivation had been too good to be true. So, this week I’ve been having a good think about how I should go about getting my fitness mojo back.

Don’t kick yourself for your fitness lows

I’ve been very busy over the past few weeks and it’s been hard to fit running in. When I did manage to fit it in, I was tired…fighting off a cold….and it didn’t go great. This doesn’t mean every one will be like this though, there’s going to be rubbish runs and good runs. I just need to accept the rubbish ones and keep going.

I tried to go to Clubbercise last Sunday in Beeston. I found the class on the Leeds Girls Can website and I liked the sound of it. I used to be a big clubber in my 20’s and so I thought I’d like something like that. I’m in North Leeds, so it’s a 20 min drive, but I wanted to do it so I could blog about it too (supporting #ThisGirlCan). I got there 15mins early, but as I don’t know the area well couldn’t find the place…even with sat nav! It’s not well signposted. I eventually found it but couldn’t figure out where to park. ARGH! Finally, I parked down a street 5mins walk away…then walked into the place breathless and a bit nervous. The class had already started and they were well into it, even though I was only two mins late. Aa it was dark with disco lights, I wasn’t sure they could see me stood at the back looking like a bit of a plank. So, after a few minutes of standing awkwardly, I gave up and walked out feeling frustrated.

The Leeds Girls Can website is really great for finding new classes to help with your fitness – you can search by venue, day or type of activity. There’s loads of different types on there.

Looking forward to being part of the #ThisGirlCan movement! New tee (gorgeous fabric @thisgirlcanuk!) and water bottle from @leedsgirlscan

My advice for going to a class you haven’t been to before? Get there more than 15 mins early and figure out exactly where it is on Google Maps and where you’ll park!

So, both those things have left me feeling a bit pissed off fitness-wise. What I need to do is shake that off and move on.

Remember to celebrate your fitness highs

I went swimming to Scott Hall Leisure Centre with my friend Sarah on a lunchtime and it was fab!  The pool was better than I thought it would be, nice temperature…and I successfully put a swimming cap on (I can’t be bothered washing my hair on a lunchtime and it always put me off). We had a good swim for around 30 mins. I was tired out after, but happy. We’re going to try to go at least once a week.

I’ve done Hot Yoga before, but not for a long while. I’m not good at yoga…I can’t balance and my flexibility resembles a steel girder. I can’t even sit back on my ankles. Yes, I’m that crap. Kay has been struggling a bit this week with running too so suggested we go to Hot Yoga at Yoga Kula in Chapel Allerton. I figured why not, maybe it would help my aching muscles. It was hard, but I did really enjoy it. I remembered how much I liked Helena who teaches it (she’s uber bendy and gets straight to it). I was definitely by far the worst in the class…but it didn’t matter. I feel it definitely helped my muscles. I felt glad I’d gone after. Going to try to do that again. Maybe I’ll be able to stand with one leg up like a tree at some point. Maybe.

So, there have been some lows and some highs. I’m going to concentrate on the highs and keep going.  I’ll try not to feel guilty that my busy schedule gets in the way of exercising sometimes….and I’m just going to do what I can, when I can. Enjoy it, not see it as a chore.

That’s the key for me. Enjoyment. Not doing it because I *should* do it.

Does anyone have any tips or tricks to keep up with motivation?