Nessebar on the coast of the black sea in Bulgaria was recommended to us by some lovely friends of ours as a great place to get a cheap week in the sun…some badly needed relaxation after our wedding and very active (though amazing) honeymoon. When people asked where I was going on holiday, my choice of Bulgaria was met with a few looks of surprise.

“In the Western mind Bulgaria is a country without a face. It appears in English language literature as a chapter – the shortest one – which begins with an edifying sentence about the unjust obscurity of Bulgaria in the Western mind.”

Street Without a Name

I’ve been skiing in Bulgaria before, but never for the sun. I was drawn by the promise of low costs and guaranteed lovely weather….and it didn’t disappoint. We stayed at the Hotel Italia in new Nessebar which is run by a very lovely Italian called Chris. He’s a real character, constantly exclaiming “Mama Mia!”

I’d wholeheartedly recommend Hotel Italia in Nessebar…it’s quiet, the (bizarre circular) bed lulls you into an contented sleep each night, the pool is very clean and Chris has every vodka ever made. He’s also very proud of his 65″ TV by the pool! Before staying here, it’s important to understand that this is Bulgaria – a place often on different time zones. Most of it in the 70’s. The carpets aren’t pristine, the towels are hard and starchy and some of the electrics in the room are hanging out of the wall.

Street Without a Name

I love the place though. It worked out at around £100 each for the week and we got excellent value for it.

The hotel sits in a convenient location at the top of the triangle of new Nessebar with just a 10 min walk to old Nessebar. Old Nessebar has a few Roman / Thracian riuns and many crumbling and restored churches. 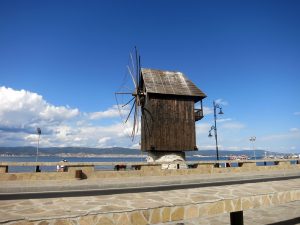 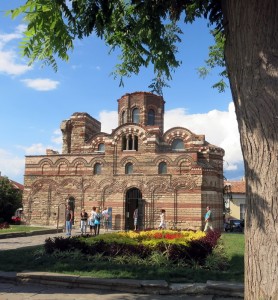 A water taxi and bright buses sit there ready to take you to Sunny Beach if you wish…quite a few staying in Sunny Beach come to Nessebar for the day. If you do fancy going to Sunny Beach (bit like Benedorm), I’d recommend either walking down the beach (good people watching!) or getting the little train (it’s not really a train….it’s like ones of those kid’s trains). 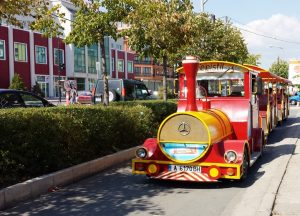 In old Nessebar there are usually various stalls selling an amazing array of honey and turkish delights.

There is a little beach at Nessebar…this snap was just after a storm had passed.

Eating out in Nessebar

All the restaurants in Nessebar serve pretty much the same menu. A variety of seafood and fish from salmon to sea fox (!)…pizzas…pastas (bolognese and carbonara)…chicken, pork and beef / veal. Most items are very cheap. A typical meal cost around 30lv (roughly £12) or less, which includes drinks. The beef, for some reason, is much more expensive. Meals, as with a lot of holiday destinations, are pretty hit and miss. We didn’t cover a lot in the week and Trip Advisor can’t really be relied upon (only a handful of reviews for each restaurant).

My only tips are: 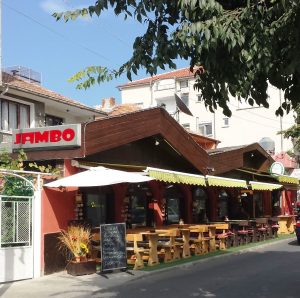 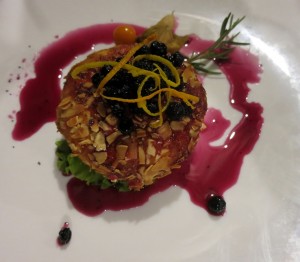 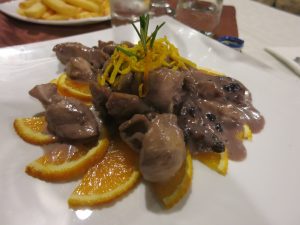 Vodka, vodka, vodka! Every bar does at least a few varieties and the servings are ‘small’ (50ml) and ‘big’ (100ml). This is quite a bit more than our usual British measure (a single is 30ml and double 60ml).

We did have a lovely time (apart from the food poisoning). I’d recommend it for a cheap week in the sun.