We decided to go to New York this Christmas and an absolutely amazing time. It was my third time in the Big Apple (see a previous post about the city here), but my first chance to do everything I’ve been wanting to do for ages. We spent 5 nights (perfect amount of time) there and it was just fantastic. We stayed at the ACE Hotel which is cool and hipster in a handy midtown Manhattan location.The drinks are expensive in their popular lobby bar, but the rooms are quirky and comfortable and they have a fab old fashioned photostrip machine in the lobby which gives fab photos.

Here are my personal top 5 tips (and maybe a few bonus ones at the end) for seeing some of the best that New York has to offer:

One of my friends (Thea from Happen Upon) recommended Century 21 and OH MY GOD it was amazing. Don’t get me wrong, it’s also hell on toast if you don’t like lots of people. Think Primark on a really bad day. It’s worth it though….clothes, shoes and bags from designers such as a Mulberry, Gucci, Prada, Michael Kors and many more are just strewn everywhere. It’s faintly ridiculous to be honest, the price reductions are astonishing. I walked away with a beautiful Vera Wang dress, a Missoni scarf, Ralph Lauren cardigan and some Jeffrey Campbell studded biker boots. If I hadn’t have been worrying about my husband exploding if he spent much longer in there (the guys selection wasn’t great apparently), then the damage might have been greater. There’s two Century 21s in New York, we went to the downtown one near where the Twin Towers used to be…not sure if the other one (uptown) is any different.

We saw Grammy Award winning trumpet player Chris Botti and his band play on Christmas Eve at The Blue Note Jazz Club and the whole thing gave me goosebumps. The club itself isn’t much to write about, it’s not as nice as Ronnie Scott’s in London, they really squeeze you in to the long room…however that does give it a cosy intimate quality. Chris Botti is known for spending his money getting the best bands to play with him and we weren’t disappointed. The drummer was apparently called by Sting one of the best he’s heard, the pianist and bass players were equally as good. The singers? Just amazing! ….and Chris, well I know how effortless he was making it look (I used to be an orchestral trumpet player). I’d highly recommend checking out who is on and booking a table (don’t go for the bar option). 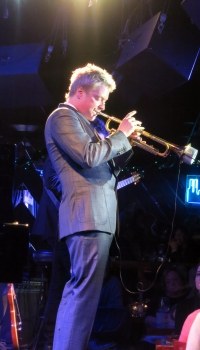 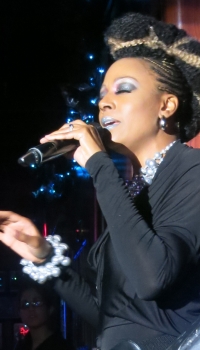 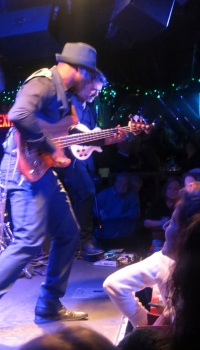 3. Get The Ferry from Brooklyn Bridge Park to Midtown Manhattan

We took the subway (tube) to High Street in Brooklyn and walked to Brooklyn Bridge Park. You get some lovely views of the lower New York / Manhattan skyline from the park. We’d actually intended on walking across Brooklyn Bridge (the views are the best walking from Brooklyn to Manhattan apparently), however we spotted that the ferries go not just across the Hudson River to Manhattan, but also go down the river to Midtown Manhattan. This gives some fantastic views, I’d highly recommend it. 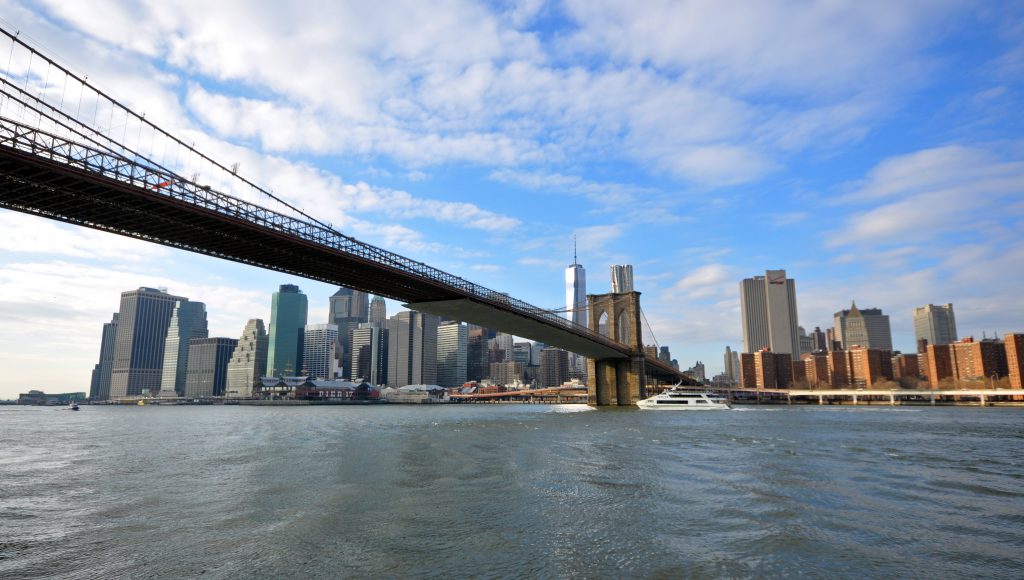 4. Walk the High Line from Chelsea to The Meatpacking District

The High Line is a public park built on an historic freight rail line elevated above the streets on Manhattan’s West Side. I’d recommend starting at the top (Chelsea) and walking to the bottom (Meatpacking District). There isn’t a lot at the Chelsea end, but there are lots of nice cafés and shops in the Meatpacking District…a nice place to take a rest after the walk. Don’t get me wrong though, it’s not a strenuous walk at all…just a gentle stroll.

5. Jump the queues for the Empire State Building

I’ve heard that sometimes there isn’t a queue to go to the top of the Empire State Building, but in the two times that I’ve been up, the queues have been 3hrs long. That’s a lot of time to spend in a queue! If you can afford to pay the extra $23 each, then you get to jump all of the queues and are treated like royalty. Don’t let the front queue fool you, there are around four more long queues before you get to the top. You get some beautiful views from the 86th floor and then you get to go to the 102nd floor to see more (but this time behind glass). 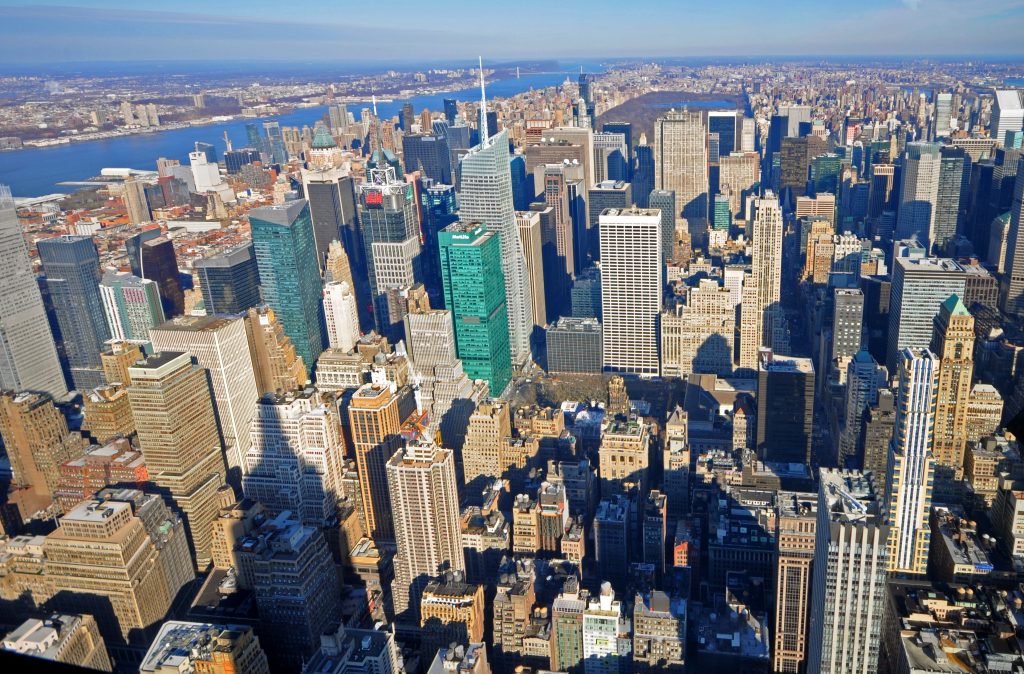 OK…so I didn’t just have 5 New York tips, I also have two more, but 5 sounded better 😉

Bonus New York Tip: Have drinks at The Press Lounge

The Press Lounge bar is a rooftop bar on top of the Ink48 Hotel. Go when it’s dark and feast your eyes on the gorgeous views of the Manhattan skyline at night. The drinks are fairly reasonable by New York standards, I’d recommend having a glass of Prosecco whilst enjoying the twinkly lights of the city. 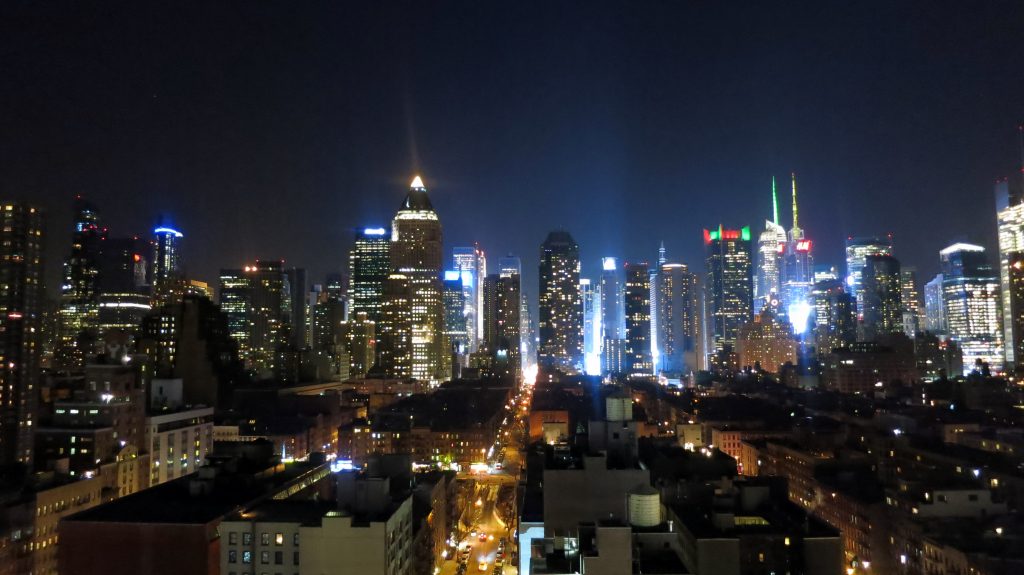 We found Big Daddy’s Diner and instantly loved it. Full of clichés and all American goodness.

My friend Harry recommended Penelope for breakfast / brunch and it certainly didn’t disappoint. The French toast with banana and butterscotch was heaven and the Mexican inspired Andrey’s Egg Sandwich sounds wrong for breakfast, but it actually amazing.