This morning we tried The Pit breakfast in Chapel Allerton. We used to have breakfast in our lovely ‘village’ of Chapel Allerton quite a bit on a weekend, but we’ve been so busy and away recently that we haven’t for ages. I’m making a big effort to spend more time at home on weekends…we’ve had a fun few nights out drinking with friends and so Sunday called for a good breakfast!

I had a look at The Pit’s website to see what they offered and it sounded good…so off we went. When we got there, we were a bit confused because there were no breakfast menus out and the waitress didn’t offer any…but once we asked, they were given. 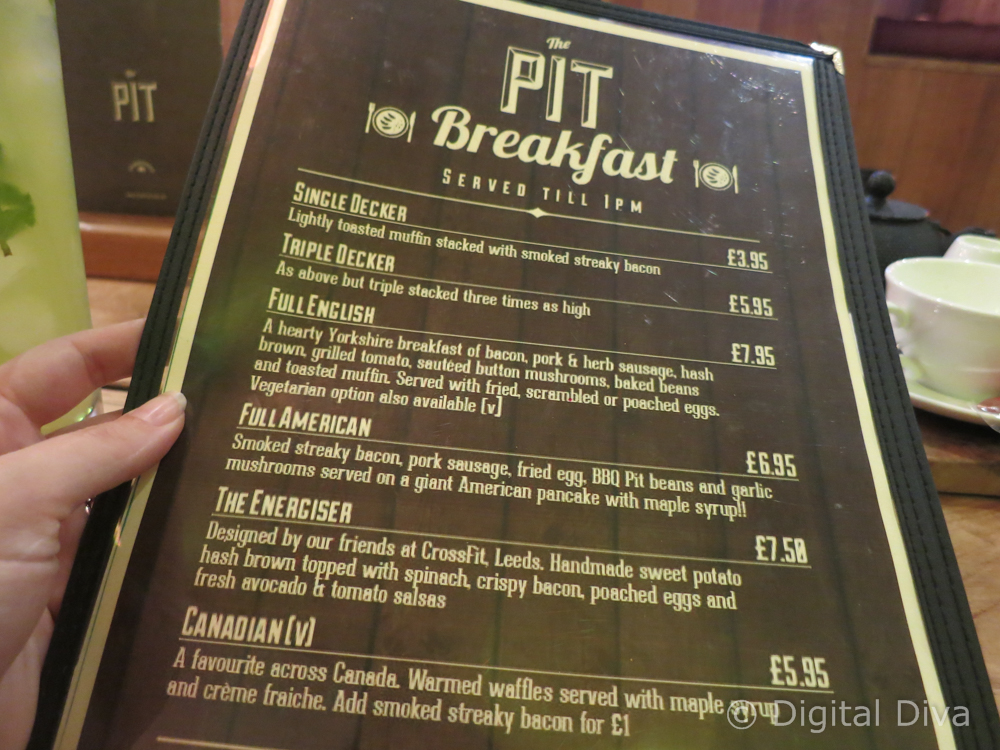 We opted for tea (we asked for tea bags, not leaf tea…as neither of us are a fan), he got a fresh orange juice and I got a Green & Clean mocktail (mint, apple and kiwi). The Green & Clean was really good – refreshing, a bit like a non-alcoholic Mojito. The hubby’s orange juice was a bit ‘Tesco Value’ unfortunately. 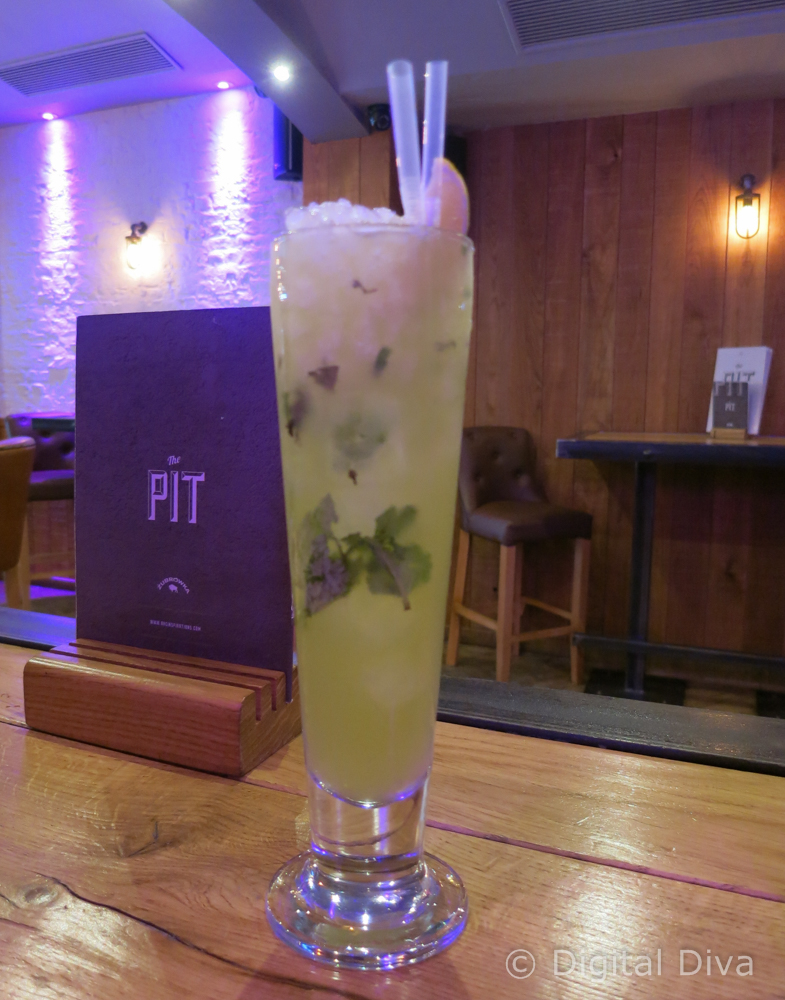 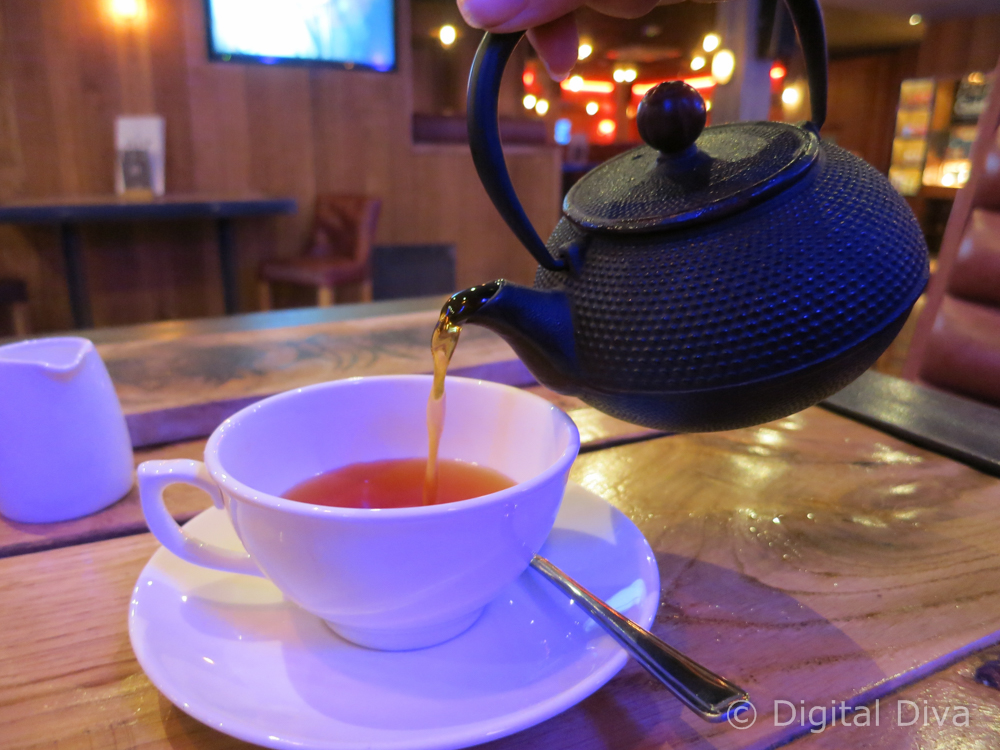 The Energiser was really good. The poached eggs were cooked well and the salsa was to die for. It turns into a bit of a sloppy mess to eat, but it didn’t matter one bit because it tasted really good! 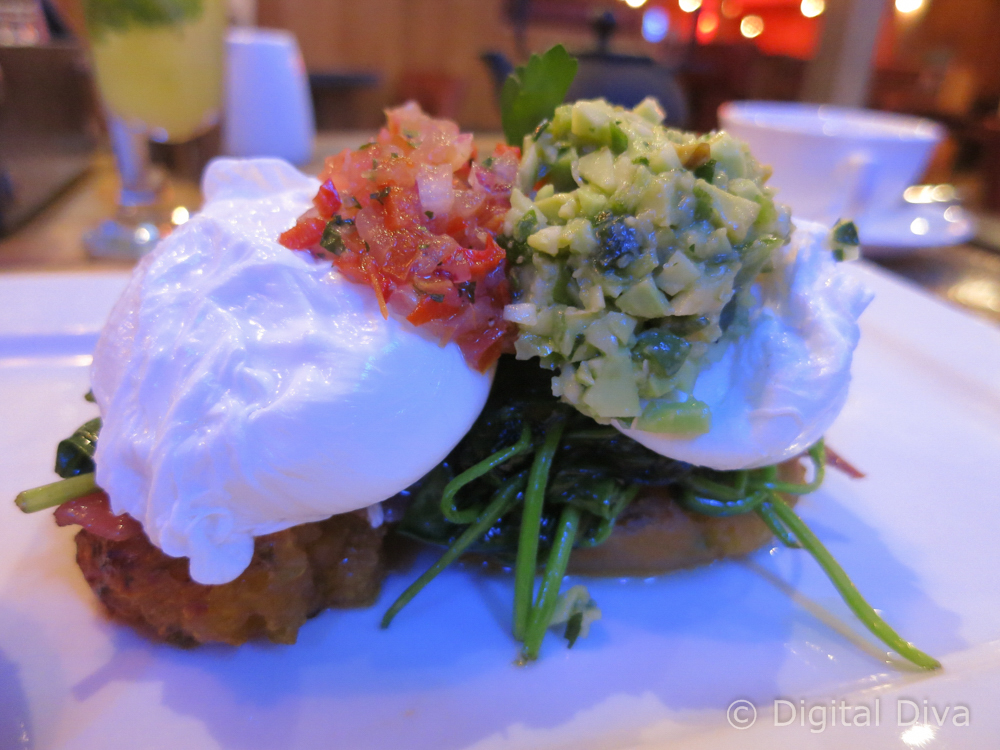 During our meal, the next table left and so the waitress cleaned the table. Unfortunately for us, the cleaning product smelt very strongly and very nearly put me off my breakfast. Not good. The staff did seem to be getting everything done…however, when they didn’t have anything to do, they would hang about at the bar howling with laughter and chatting. I feel a bit of a killjoy…I do like the staff to be happy and friendly, which they were….but it can get a bit tiring on a Sunday morning when it feels more like a youth club. Maybe I’m just getting old!

We decided that we wanted to share some waffles for “dessert” – why the hell not?!

They were really good….freshly made, topped with maple syrup (the hubby thought there wasn’t enough syrup, I disagreed)…and then with a pot of creme fraiche. We could have done without the dusting of sugar on the waffles (it clashed with the maple syrup a little), but that’s just being picky. They were fab. 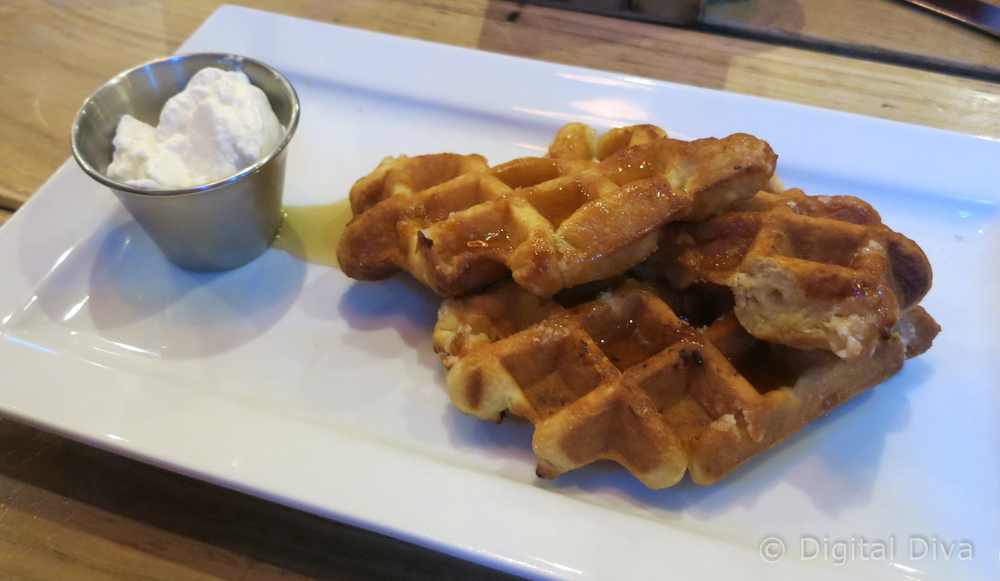 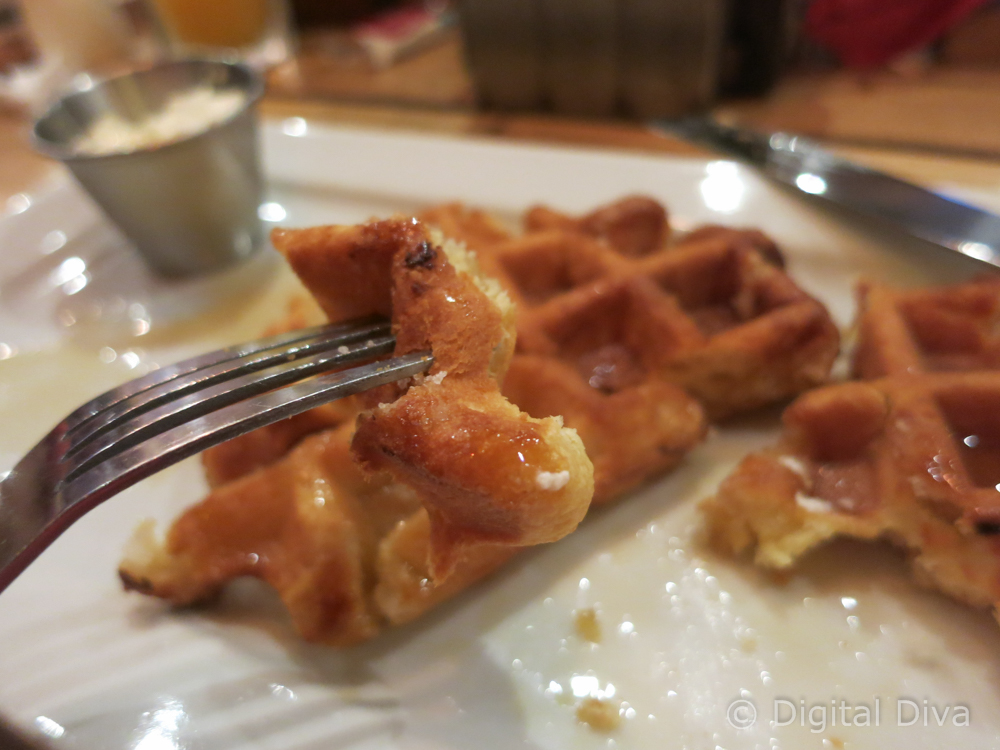 Overall, The Pit Breakfast in Chapel Allerton was good. I’d like to see just a few little things like the quality of the OJ improve and the WiFi is always terrible in there (added to having no mobile signal), which can be annoying. The Pit for breakfast doesn’t seem to be massively popular compared to Zed just a few doors away (owned by the same company – Arc Inspirations), maybe because they don’t promote the breakfast menu much (e.g. no menus on the tables)?  The atmosphere isn’t amazing…but if you don’t mind that and want just a decent breakfast, then The Pit is a good option. 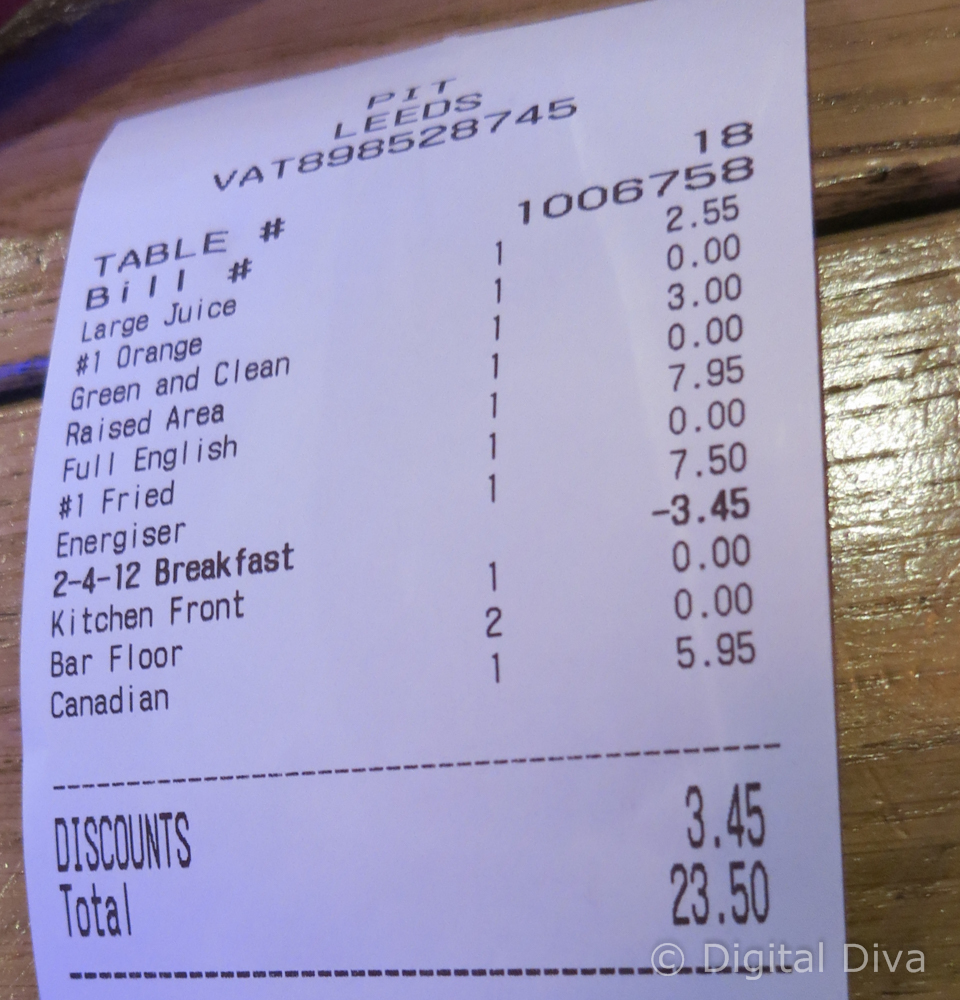