I’m a big fan of the Sunday roast….a true Yorkshire girl who loves her Yorkshire Puddings. So, I was very intrigued when I heard about The 1875 Restaurant’s concept of a traditional Sunday roast with an Indian twist.

The restaurant is above the ticketing office of Menston Train Station (near Leeds in Yorkshire), which is rather unique. It’s a cozy little eatery that doesn’t try to dazzle you with chintz, letting the food speak for itself.

Restaurant owner Manjinder Singh Sarai says that the restaurant is absolutely NOT a balti house. There are plenty of restaurants that cover the ‘drink 10 pints and go for a curry market’ which they are not interested in. They want to stay true to Indian gastronomy and diners get an authentic Indian meal at 1875. Head Chef Vivek Singh Kashiwale worked under Vineet Bhatia, who was the first Indian chef to be awarded a Michelin star, for five years in UK and both were horrified with what was labelled as “Indian food” when they first came to this country.

After Manjinder told us a little about the restaurant’s ethos, he was given an award from Customer At The Heart (they champion independent businesses who put the customer first) who received a nomination for 1875 then assessed them via a mystery shopping experience. They were very impressed with both the food and service.

We tried some ‘yorkshire pudding’, chicken, pork, potatoes, carrots, broccoli and gravy. The chicken was very tasty and moist the pork was spiced very nicely. 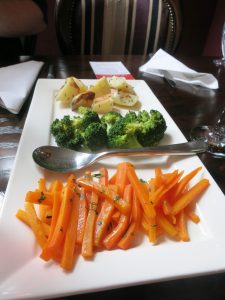 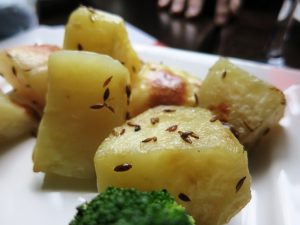 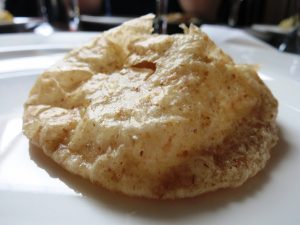 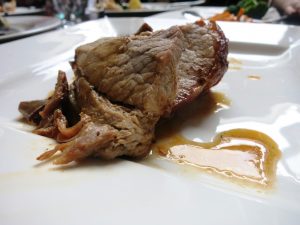 Overall the food was very nice. I thought they probably could have taken the Indian influence a little further, but that’s just my personal taste. My notoriously picky husband loved the food and we are already looking at dates when we can go back to try the a la carte Indian nights too.

The Sunday Roast with an Indian Twist is £9.95 for two courses. Make sure you check out the review by Breadsticklers, which has some much better photos than mine! 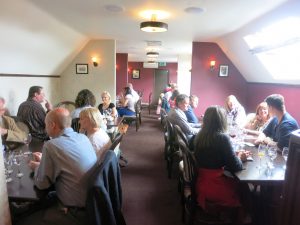 Vivek and the 1875 team are currently busy developing new menus aimed at early diners, a vegetarian supper club, new takeaway menus. The 1875 is also launching its own Indian cooking courses, which are set to begin in September.

Please note, the food was free for us by this did not sway my opinions in any way.