Our quest for the best breakfast in Chapel Allerton continues this time with The Woods (check out what I thought of The Pit Breakfast). We went last Saturday morning and there were lots of people already there enjoying breakfast. A variety of couples, groups and families. Lots of babies and young kids, so if you’re feeling a bit hungover and can’t take that, then this is a warning  😉   Saying that, the kids were really well behaved and there was no screaming. The table could have done with a wipe, but the staff were friendly and quick to come when you wanted them.

They’ve got a breakfast menu and a brunch menu that’s available until 2pm. 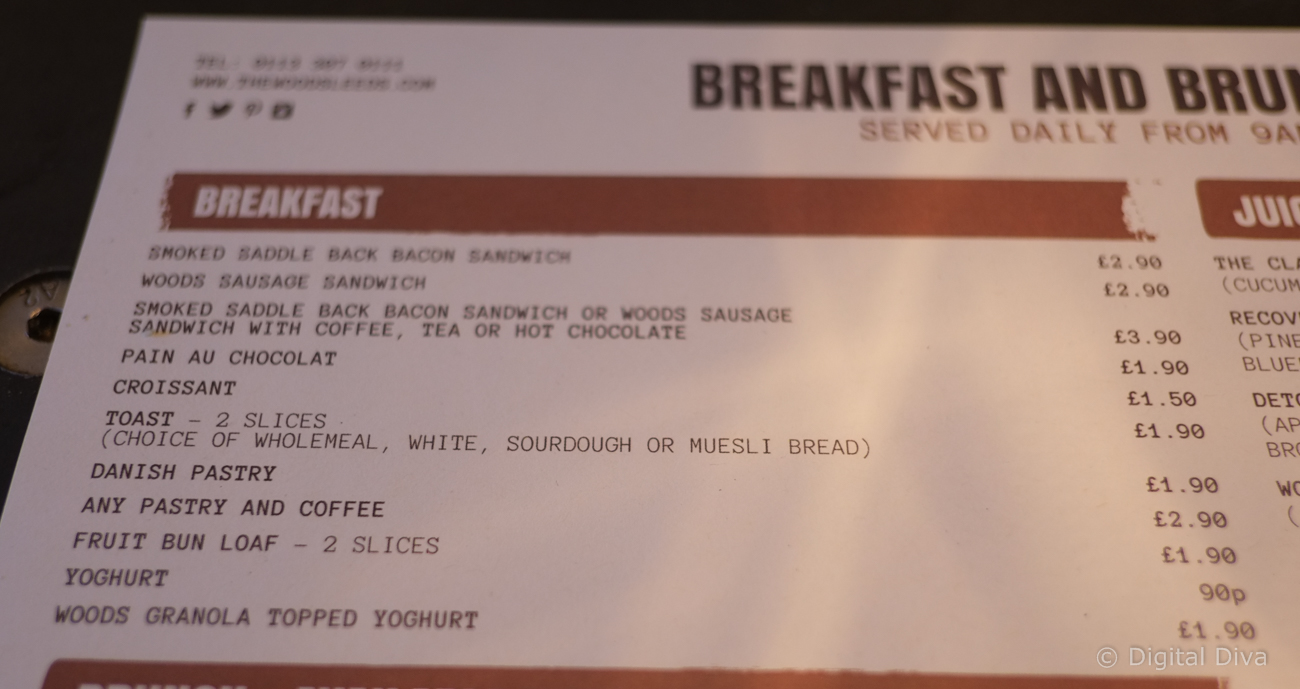 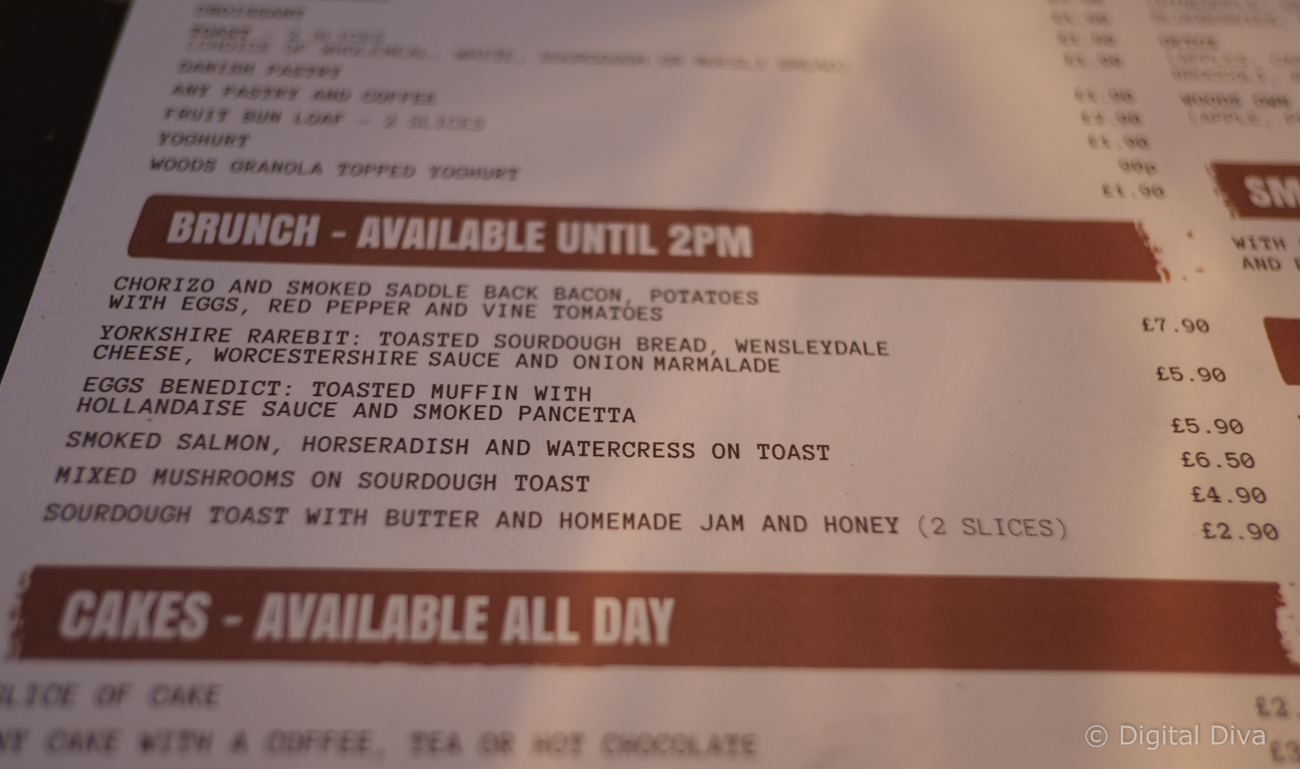 We both opted for the eggs benedict (toasted muffins with smoked pancetta and hollandaise sauce). The muffins were toasted beautifully, the sauce was OK…there was a good amount but it was fairly bland to be honest. The smoked pancetta on it’s own tasted lovely…I can imagine that it would be lovely as bacon in a sandwich, however something about the smokiness really didn’t go well with the hollandaise sauce – it made it taste very vinegary. At first I had thought they’d just made the hollandaise oddly…but once I’d worked out the problem was the combo of the sauce and that particular smoked pancetta, I separated them out and ate the pancetta on it’s own. Much better. The poached eggs were cooked just right by the way. 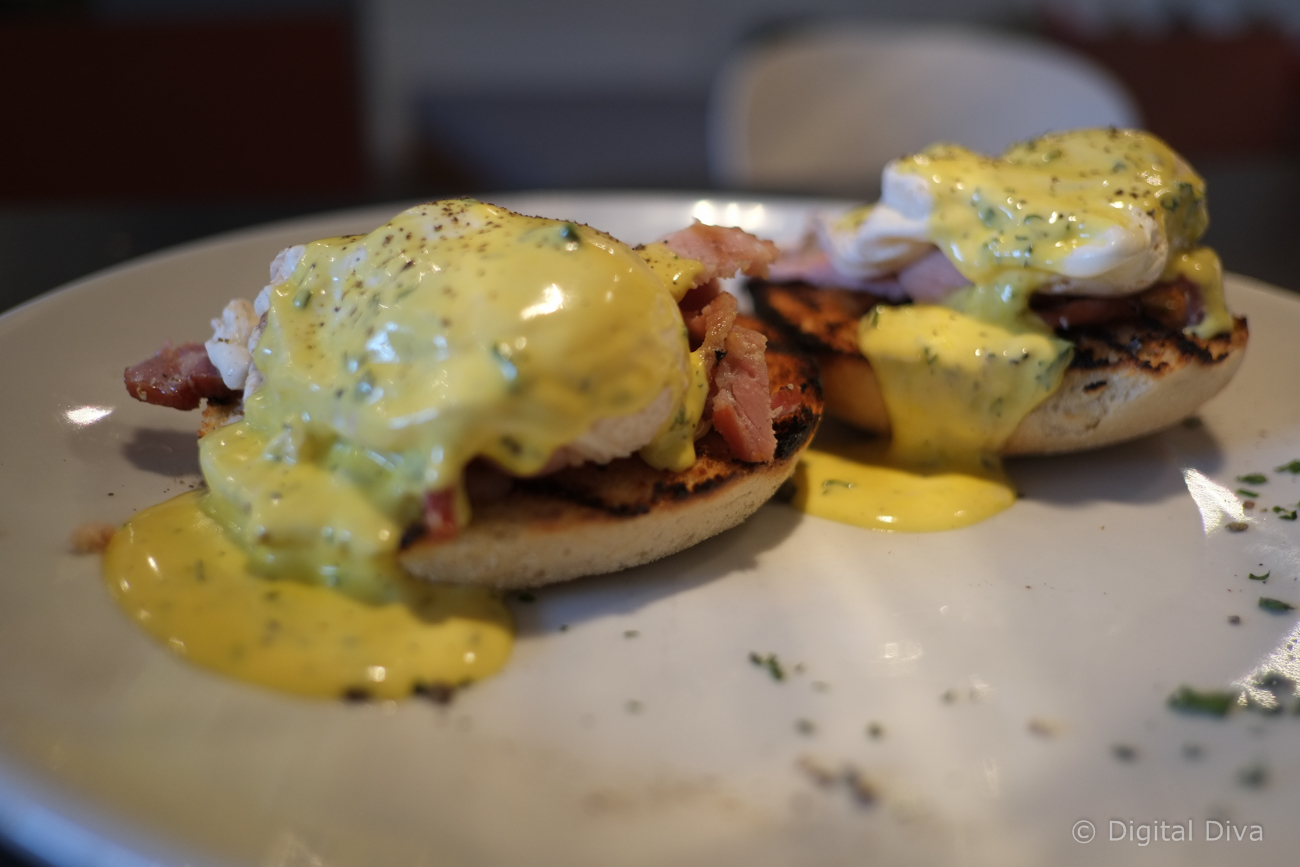 We ordered a pot of tea, but they had run out of pots…so we had two cups instead. Hubby had the freshly squeezed orange juice, which was lovely. Much better than the low quality concentrate at The Pit. The drinks didn’t come till half way through our eggs benedict, but it didn’t bother us too much. 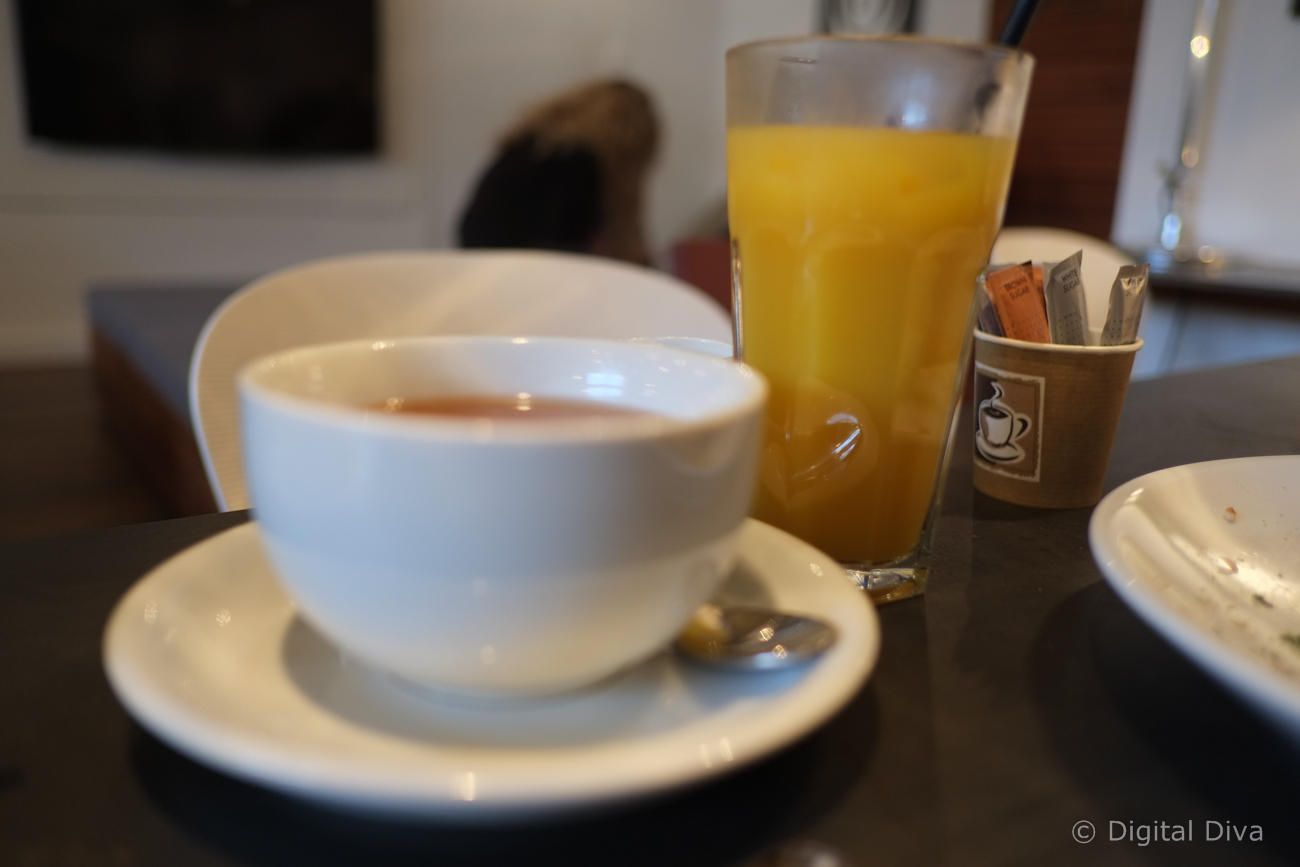 I also ordered the Recover smoothie…which was really really good. Refreshing and filling. I would definitely get this again. 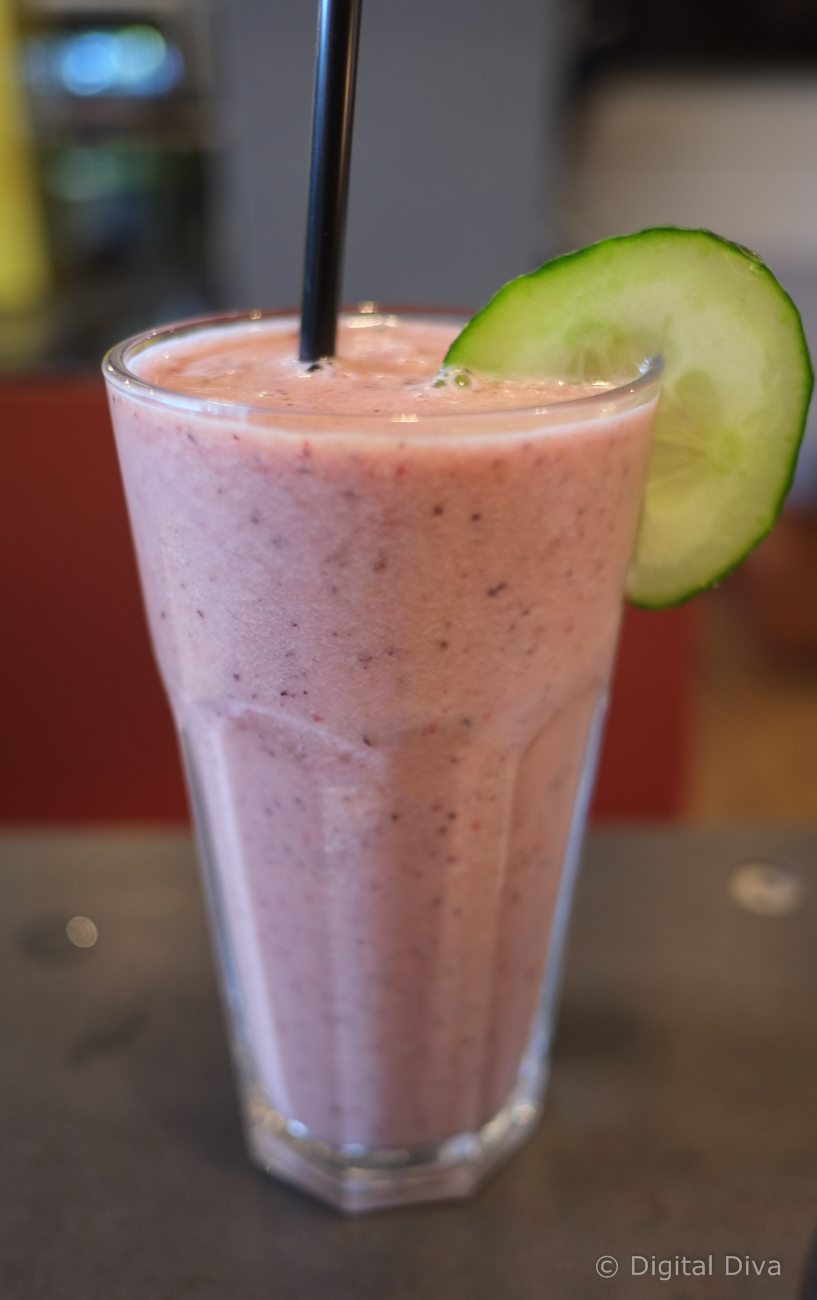 I’d go back to The Woods again for breakfast in Chapel Allerton. I wouldn’t get the Eggs Benedict, but I do fancy the look of the chorizo brunch dish. I’d absolutely have the breakfast smoothie again too. 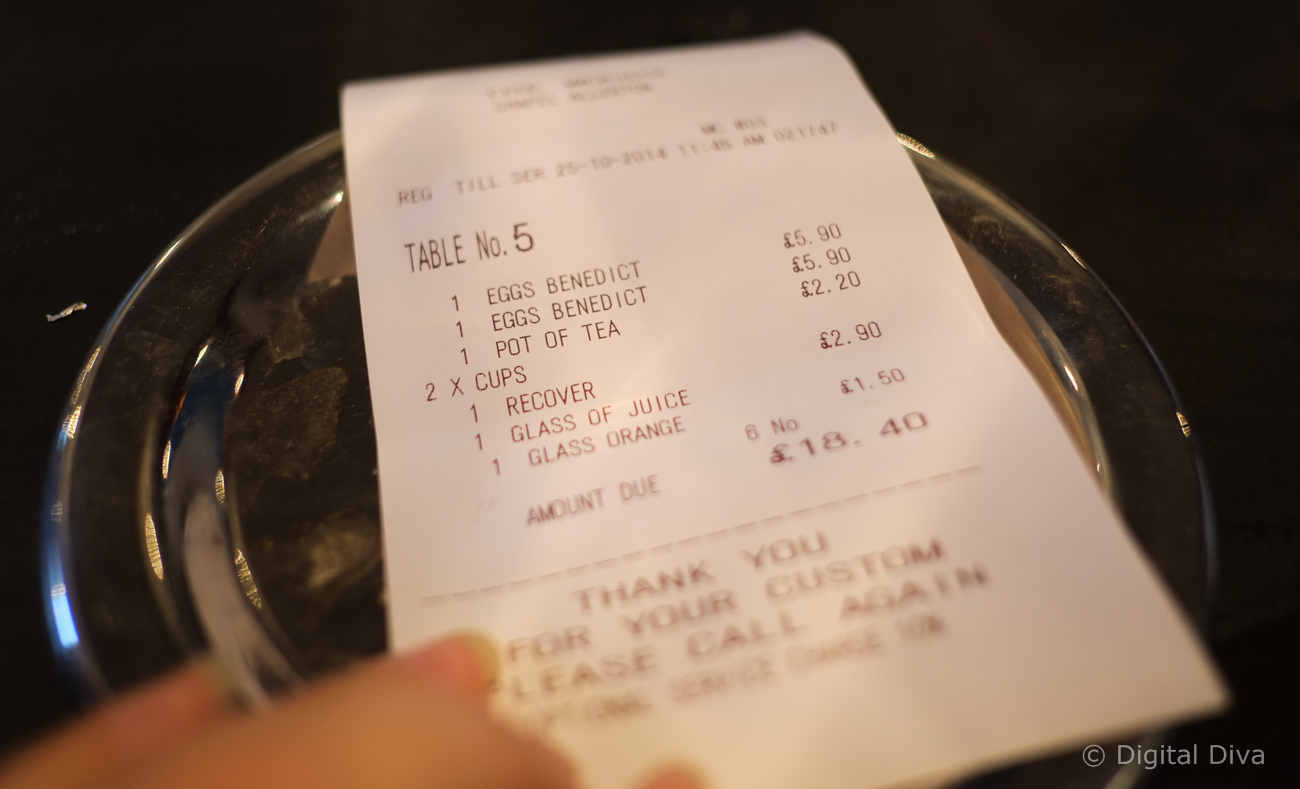